Most likely voters think leaving thousands of U.S. green card holders behind in Afghanistan is a “national humiliation,” according to a Rasmussen poll released Friday.

Those polled were asked if they agree with a statement from Sen. Ben Sasse (R- NE), who denounced Secretary of State Anthony Blinken after he admitted U.S. green card holders are still stuck in Afghanistan during a Monday testimony to the House Foreign Affairs Committee.

“Do you agree or disagree with this statement: “This is a national humiliation. … President Biden abandoned thousands of these American residents behind Taliban lines to fend for themselves. He has a duty to bring every single American citizen and green card holder home”? the survey asked.

Seventy percent of voters agree with Sasse, including 51 percent who strongly agree. Only 25 percent disagree and 10 percent strongly disagree.

Along party lines, 87 percent of Republicans believe the abandonment is a  “national humiliation.” More than half of Democrats — 56 percent — also agree, along with 70 percent of unaffiliated voters. 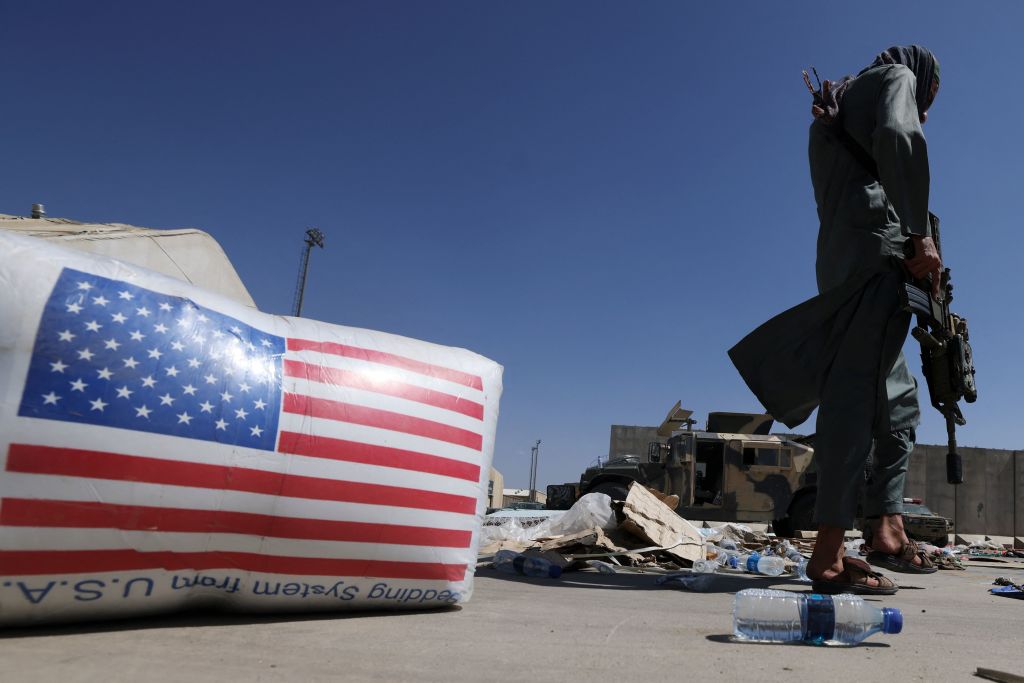 A Taliban fighter walks past a US national flag at the airport in Kabul on September 14, 2021. (Karim Sahib/AFP via Getty Images)

Likely voters were also asked: “Testifying to Congress this week, Secretary of State Antony Blinken said “several thousand green card holders” have been left behind in Afghanistan. How likely is it that these Americans in Afghanistan will be used as hostages by the Taliban?”

Among those polled, 73 percent say U.S. residents will likely be used as hostages by the Taliban — 48 percent say it is “very likely.” Only 16 percent think a hostage situation is unlikely and 11 percent are unsure.

Democrats (63 percent), Republicans (84 percent), and unaffiliated voters (74 percent) all say it is at least “somewhat likely” the Taliban will use Americans in Afghanistan as hostages.

However, “President Joe Biden’s strongest supporters are least likely to worry about the potential of a hostage situation in Afghanistan,” according to the poll.