A magistrate judge in Washington, DC, on Thursday ordered social media giant Facebook to turn over records pertaining to accounts that were shuttered in 2018 because they were linked to violence committed against the Rohingya Muslims of Myanmar.

The records are pertinent to a case filed at the International Court of Justice (ICJ) against the government of The Gambia, a small Muslim-majority West African nation acting on behalf of the Organization of Islamic Cooperation (OIC).

The Gambia accused the Myanmar military, known as the “Tatmadaw,” of using rape, torture, and murder in a campaign of ethnic cleansing against the Rohingya that began in 2016. Some 745,000 Rohingya were driven from their residences in Myanmar’s Rakhine State into Bangladesh. The United Nations classified the campaign as “genocide” after more than 10,000 Rohingya were killed. 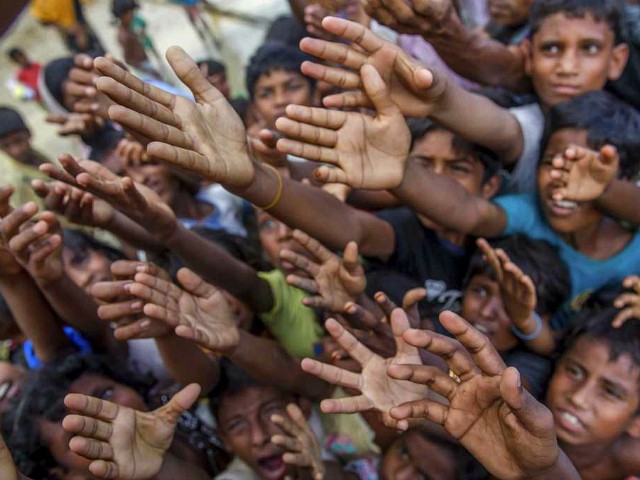 Rohingya Muslim children, who crossed over from Myanmar into Bangladesh, stretch their arms out to collect chocolates and milk distributed by Bangladeshi men at Taiy Khali refugee camp, Bangladesh, September 21, 2017. (AP Photo/Dar Yasin)

Investigators in the ICJ case want Facebook to hand over records from accounts that were banned in 2018 for encouraging violence against the Rohingya by claiming the persecuted minority was plotting to overthrow the government and impose an Islamic regime on the majority-Buddhist country.

The chief of Myanmar’s armed forces, Senior General Min Aung Hlaing, was among those banned. His offensive posts included one in which he described the Rohingya as an “unfinished job” his troops needed to take care of.

Facebook is enormously popular in Myanmar – over half the population has an account, largely accessed through their smartphones – so the ban on Hlaing and 20 other individuals and organizations was regarded as one of the most effective sanctions leveled against the government. Facebook was criticized by human rights advocates for not taking action against the genocide-enabling accounts sooner.

The Gambia’s investigators wanted to see the posts from those deleted accounts, and other relevant information about the users, to build their genocide case at the ICJ. Facebook resisted, citing its responsibility to protect user privacy and claiming The Gambia’s requests were too “broad” and “invasive.” 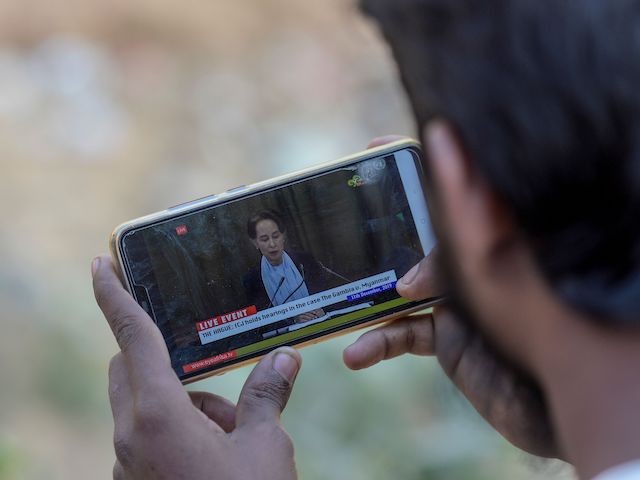 A Rohingya refugee watches on a mobile phone a live feed of Myanmar’s State Counsellor Aung San Suu Kyi’s appearance at the UN’s International Court of Justice in the Hague in the Netherlands, in a refugee camp in southern Bangladesh on December 11, 2019. (Munir Uz Zaman/AFP via Getty Images)

Magistrate Judge Zia Faruqui dismissed Facebook’s arguments with a dash of mockery in his ruling.

“Facebook taking up the mantle of privacy rights is rich with irony. News sites have entire sections dedicated to Facebook’s sordid history of privacy scandals,” he wrote.

The judge said it was risible for Facebook to claim the deleted posts were private information, since they were originally posted to accounts in Myanmar with millions of followers.

“Making their accounts and pages private would have defeated their goal of inflaming hate in the widest possible audience,” he noted.

Faruqui pointed out that Facebook has admitted it was “too slow to respond” to complaints about how its platform was employed in the Rohingya genocide, which was in progress for “roughly six years” before the accounts belonging to Hlaing and his colleagues were deleted in 2018. 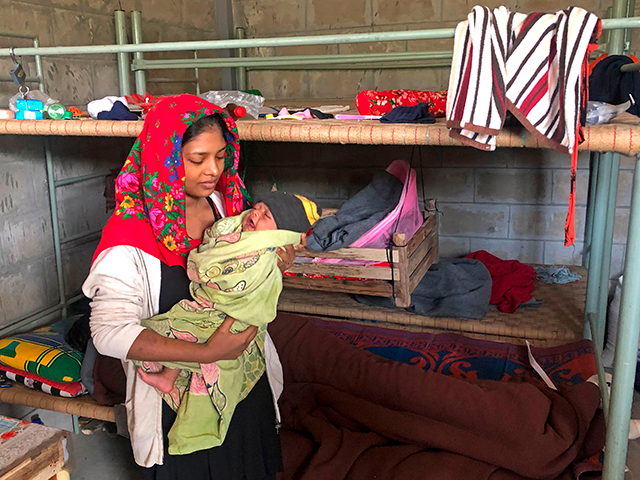 A Rohingya refugee along with a child is pictured inside the room of a housing complex at the Bhashan Char island after they were relocated to Noakhali on December 30, 2020. (Photo by Mohammad Al-Masum Molla/AFP via Getty Images)

“Facebook can act now. It took the first step by deleting the content that fueled a genocide. Yet it has stumbled at the next step, sharing that content. Failing to do so here would compound the tragedy that has befallen the Rohingya,” the judge wrote.

The civilian government of Myanmar was overthrown by a coup in February 2021. The junta, led by Gen. Hlaing, imprisoned elected leader Aung San Suu Kyi – a Nobel Peace Prize laureate who greatly dismayed the international community by enabling and defending the Rohingya genocide.

The junta quickly moved to block Facebook when citizens used it to organize protests against the coup. Facebook responded by banning all Myanmar military accounts, including accounts on Instagram, a platform owned by Facebook.