For months, we have been told that ShoreBank deserves a bailout because it serves poor communities. We have been assured by ShoreBank’s patrons, such as Rep. Jan Schakowsky (D-IL), that allowing the federal government to take over the bank will put borrowers in those communities at risk. 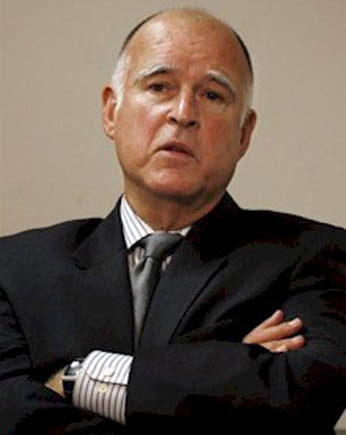 Now, as the truth has begun to emerge, it is becoming clear that ShoreBank’s troubles did not begin in poor communities at all.

Robin Sidel of the Wall Street Journal reports that ShoreBank’s financial problems may partly stem from loans made to condominium developers and builders in parts of town beyond its traditional focus on the city’s South Side.

If ShoreBank deserves help because it is the “iconic community development bank,” as Schakowsky recently claimed, what was it doing lending money to condo kings, and why should taxpayers bail it out?

If the ShoreBank is taken over, Schakowsky claims, “the losers will be these low-income communities and the businesses and the homeowners that they serve.”

That was never true.

The businesses and homeowners will be protected, as they are in every federal takeover. Rather, those with the most to lose from ShoreBank’s failure will be its board, its political patrons, and the developers who hoped to profit from its “iconic” status.

This is not the first time that property developers have played a key role in a Chicago political scandal.

Property developer Tony Rezko, a fundraiser for both Barack Obama and former governor Rod Blagojevich, is currently in federal prison on corruption-related charges. During his career, he was involved in many condominium projects in the city, including one that Obama helped him build by urging state funding for the project.

The plot thickens. At the ongoing Blagojevich trial, Ali Ata, the former head of the Illinois Finance Authority (IFA), testified last month that Rezko arranged for him to be appointed to the IFA by helping him pay off the governor.

The current chair of the IFA, Bill Brandt, has been one of the most vociferous proponents of a ShoreBank bailout, and may even have suggested a state-level bailout to ShoreBank, rather than the other way around.

There is another Rezko connection to ShoreBank: Howard Stanback, who serves on one of ShoreBank’s boards, once worked for Rezko at New Kenwood LLC–the same development company that Obama had assisted.

Until now, the role played by property developers in ShoreBank’s demise has been hidden from all but a few insiders and key officials at the Federal Reserve.

A few days ago, Tim Geithner responded to a request by Schakowsky and other Chicago Democrats by giving ShoreBank an 11-week extension. Before, it needed to raise enough capital to avoid closure by May 21; now, it has until August 6. (How many homeowners get that kind of break?)

Republicans in Congress have pushed for an investigation into the White House’s role in trying to secure a bailout for ShoreBank. Yet we also need a public forensic audit of the bank.

Is there a Rezko connection? Are there developers with ties to the Chicago machine who would be protected by a bailout? What are the connections, if any, to Obama, Schakowsky, and other Chicago politicians?

We need to know–now. At the very least, we can already dismiss Schakowsky’s false excuse that the bailout is for the poor. It is nothing more than Chicago-style corruption on a national scale.