While most Americans were celebrating the 4th of July Wednesday, thedegenerate remains of Occupy Oakland held a “F*ck the 4th” march throughdowntown which featured vandalism, death threats and a flag burning.

There were a total of 60 marchers in all, far less than the numberswho crowded the streets a year ago at the Occupy movement’s height. Theymoved through downtown after dark spray painting anti-police messageson sites that included “City Hall, the police Internal Affairs Division near City Hall, a clothing store, hotel and a bank.” According to Sgt. Roland Holmgren, one of the marchers painted “Kill Cops” on a door at police headquarters.

Occupiers also vandalized a patrol car, breaking a window, andpuncturing a tire. Someone set a trash can on fire. Eventually the marchheaded back to Frank Ogawa Plaza where the Occupy tent city existed last year. 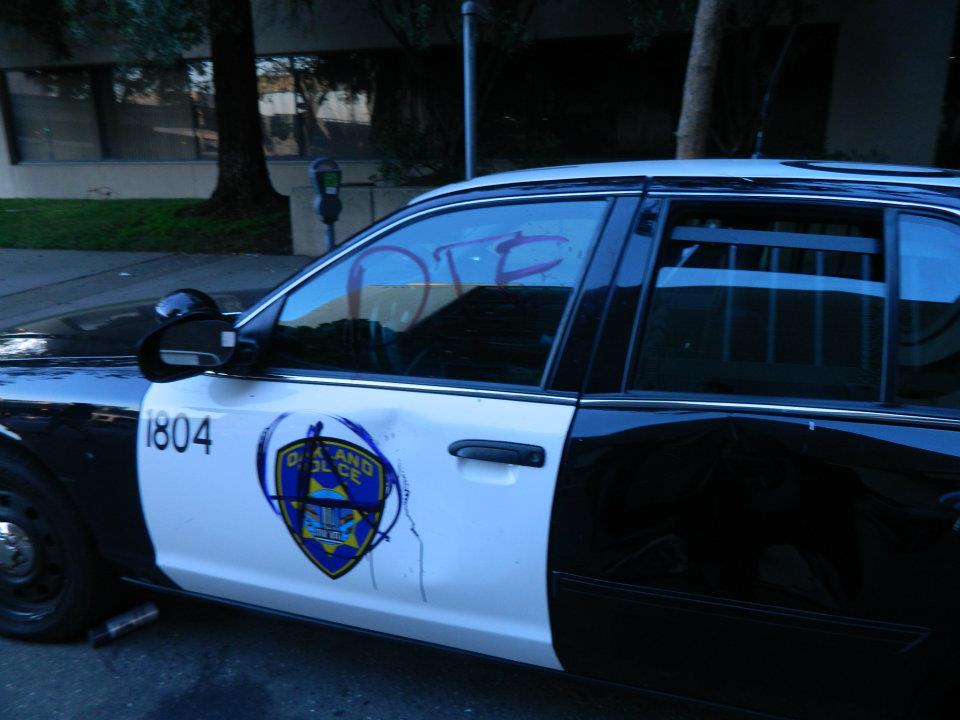 The occupiers uploaded video of a portion of the march including theflag burning and eventually the arrest of one individual. According topolice, he was arrested because he did not have a permit for the massivesound system you can see in the video below. No one was arrested forthe vandalism.