Breitbart Texas exclusively obtained leaked information on the Iraqi man who was apprehended while illegally crossing the U.S.-Mexico border into Texas on February 12, 2015. The Border Patrol agent responsible for interviewing the subject initially expressed concerns that the Iraqi was sent by Russia, largely due to the Iraqi man’s history as a military trainer, his speaking several languages, including Russian, and his having lived in Crimea, according to one of the leaked documents. Breitbart Texas was provided with two documents by a federal agent who works under the umbrella of Customs and Border Protection (CBP). The agent insisted on remaining anonymous.

The Iraqi told U.S. authorities that he spoke fluent Russian and lived in Crimea prior to the Russian invasion. He further stated that a Ukrainian paid $4,000 for him to get to the U.S., however, the Iraqi refused to identify the Ukrainian to U.S. authorities.

The public statement given by Border Patrol at the time of the Iraqi’s apprehension stated, “On Thursday, February 12, 2015, RGV Border Patrol Agents encountered an adult Middle Eastern male south of Pharr, Texas. The subject was taken into custody and transported to the Border Patrol station for further processing. The subject was setup for Expedited Removal back to his country of origin and transferred to the custody of ICE/ERO.”

Breitbart Texas recently asked the Border Patrol agency about the specifics in this report and their spokesman for the Rio Grande Valley Sector (RGV) responded, “All record checks were conducted, our federal partners did interview the subject with no derogatory information being found.”

It is significant to note that Border Patrol processing an individual does not mean that Immigration and Customs Enforcement (ICE) actually deported the individual.

Breitbart Texas provides images of both leaked documents below. The second document contains copy-and-pasted information from the official report, according to the federal agent who provided the information. The typos in the report were contained in the original and therefore included. Breitbart Texas redacted the TECS ID number. 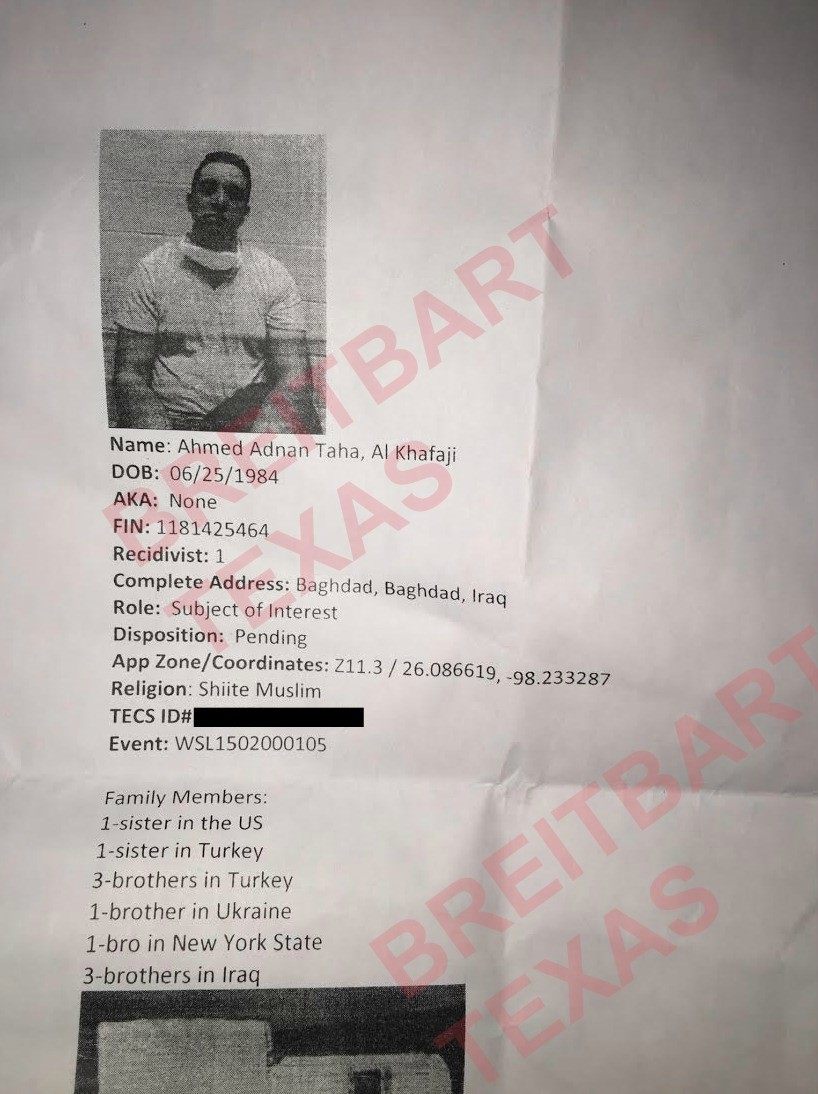 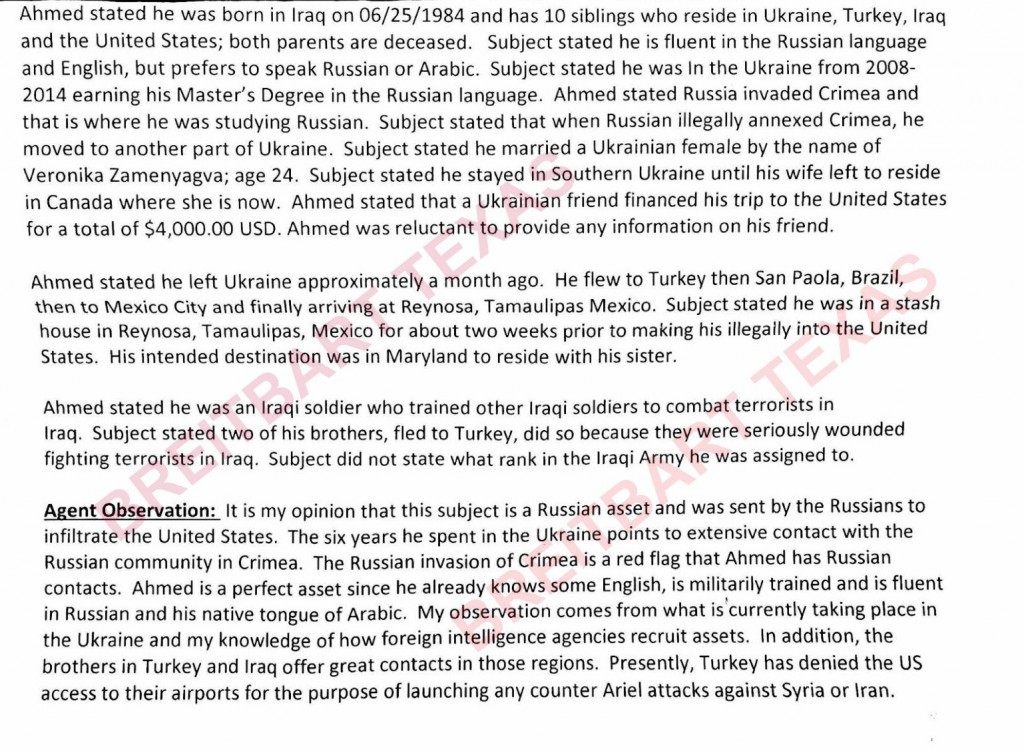