After releasing her campaign announcement video, former Secretary of State Hillary Clinton officially launched her campaign by making her way to Iowa. In a van.

But Clinton, who once admitted that she hasn’t driven a car since 1996, is not driving the van, aides say. Her chauffeur for the 1,000+ mile trip is a member of the Secret Service.

Other details of Clinton’s road trip include Hillary’s nicknamed for her van: “Scooby” (Because it reminded her of the “Mystery Machine” driven by Scooby and his friends from the 1970s era TV cartoon.)

It appears that the press has not found the van in transit, but Clinton aides are prepared for the media onslaught.

“We know at some point she’ll get OJ’ed like the White Bronco,” one campaign aide still stuck in the 90’s told Politico. “But it’s worth the risk … If she gets mobbed or we have a circus-type scene, that’s one day in an 18-month campaign, and we can deal with it.” 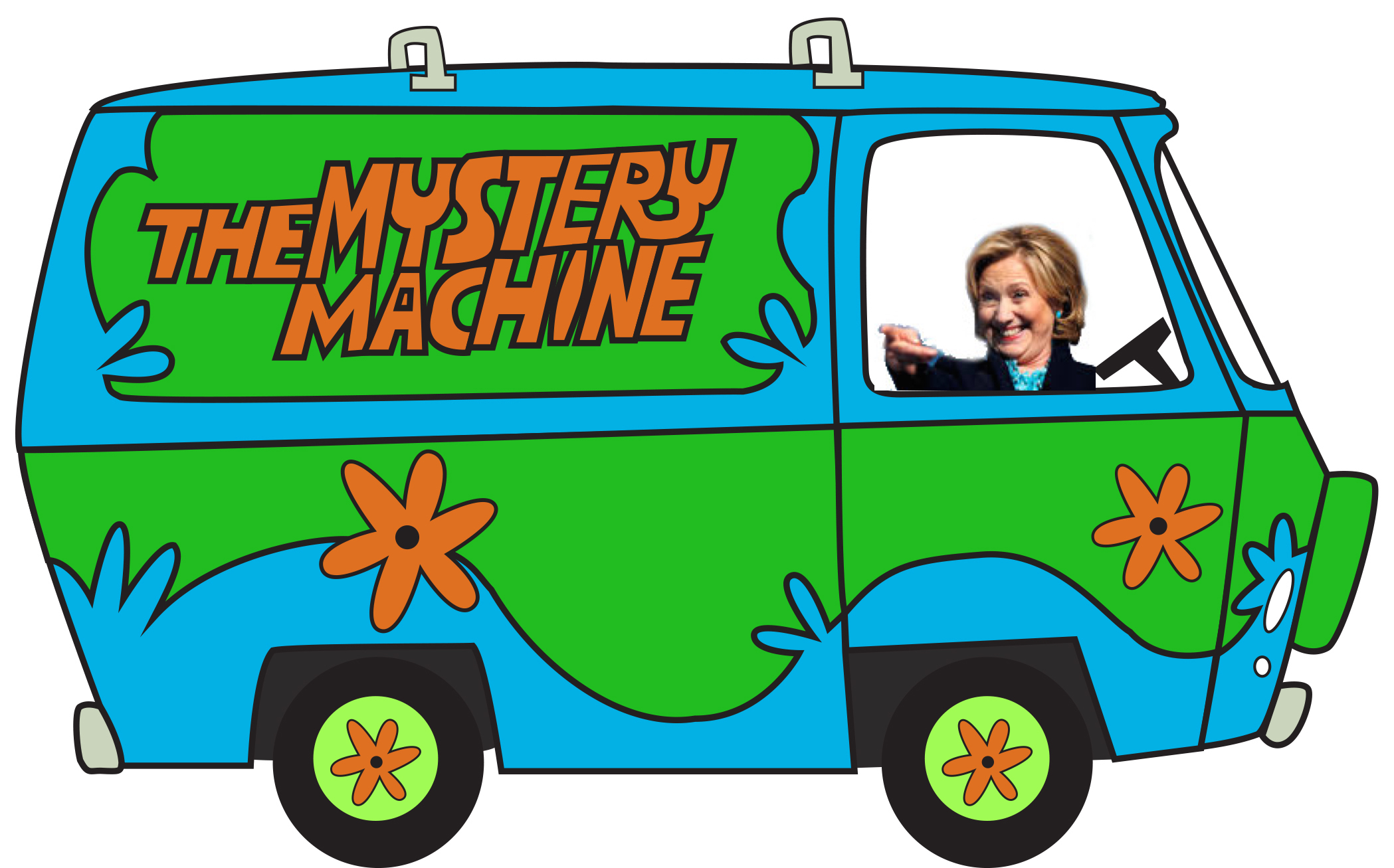