Last week, Affleck admitted that he successfully pressured Harvard professor Henry Louis Gates to edit his Georgia slaveholding ancestor, Benjamin Cole, out of an episode of the PBS series “Finding Your Roots” that featured his family history.

This brings the number of Affleck’s known slaveholder ancestors to 12, who owned a total of 214 slaves. 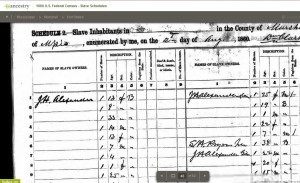 His father, Adam Rankin Alexander, a two term Congressman elected as an Andrew Jackson Democrat from Tennessee in 1823, owned 23 slaves in that state in 1830. He was later elected as one of the 60 delegates to the Tennessee Constitutional Convention of 1834, which soundly rejected efforts by abolitionists to end slavery in the state. Tennessee voters approved the state’s second constitution, which emerged from that convention, in 1835. 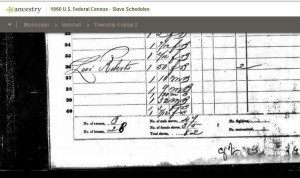 Affleck’s great-great grandmother, Harriet Roberts McClain Hathaway, was born to Levi (Lee) Roberts and his wife, Margaret Boxley Roberts, around 1875 in Holly Springs, according to the 1880 U.S. Census. 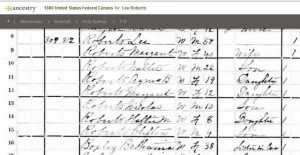 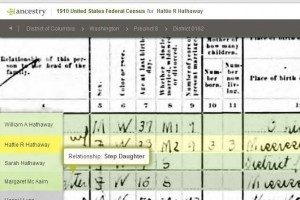 The additional previously unknown slaveholder ancestors of Ben Affleck include:

David Boxley, Affleck’s 4 times great grandfather, who owned 23 slaves in Mississippi in 1840, according to the 1840 U.S. Census.

Charles Smith, Affleck’s 5 times great grandfather, who owned 16 slaves in Tennessee in 1830, according to the 1830 U.S. Census.

John Pryor Smith, Affleck’s 6 times great grandfather, who owned 23 slaves in North Carolina in 1820, according to the 1820 U.S. Census.

Lemuel Smith, Affleck’s 6 times great grandfather, who also owned 24 slaves in North Carolina in 1820, according to the 1820 U.S. Census.

Charles Smith, Affleck’s 7 times great grandfather, who owned 3 slaves in Virginia in 1761, according to his will.

The relative ease with which Breitbart News was able to find these nine additional slaveholding ancestors of Ben Affleck calls into question the integrity of the genealogical research undertaken on Affleck’s behalf by Harvard professor Henry Louis Gates, executive producer of the “Finding Your Roots” series.

According to an article published at another Gates related venture, The Root, Gates is also a part owner of the series through a company he controls, Inkwell.

Gates certainly missed several dramatic reveals, including the fact that when Affleck’s mother, Christopher Ann Boldt traveled to Mississippi in 1965 to support African-American civil rights (not in 1964 as a Freedom Rider, as Gates inaccurately claimed in the episode), dozens of her second and third cousins were living in Mississippi, some quite possibly members of the Democratic political power structure that supported segregation there at the time.

Going forward, it looks like a no win proposition for Gates.

Either he failed to conduct basic genealogical research to discover these additional slaveholding ancestors, or he found them and chose to conceal them from the public, maybe even from Affleck as well.

Both Affleck and Gates have acknowledged, however, that he did disclose to Affleck that Benjamin Cole, his great-great-great grandfather, owned 25 slaves in Georgia, according to the 1850 U.S. Census slaveholding schedules.

Though the PBS “internal review” of the Gates-Affleck controversy is still in process, it is hard to see how, with these new revelations, the network can keep the series if Gates continues to be the host and executive producer.