Breitbart News covers breaking updates from Thursday night’s protests over the death of Freddie Gray. After two nights of relative peace, demonstrators are still confronting police as the sun sets, but the city is hopeful for continued calm rather than a repeat of Monday’s riots.

1:07 AM EST: More from Dan Fleuette on the ground:

Al Sharpton’s full remarks at New Shiloh Baptist Church, where the funeral of Freddie Gray was held on Monday 4/27.

Sharpton, with no regard for due process, says “In the deep South, in North Charleston, young man was dead, video sent in, they fired the cop and arrested him that day. You telling me they got more respect for life in the deep South, where they have a Confederate flag over the state capitol, than we do up north?” 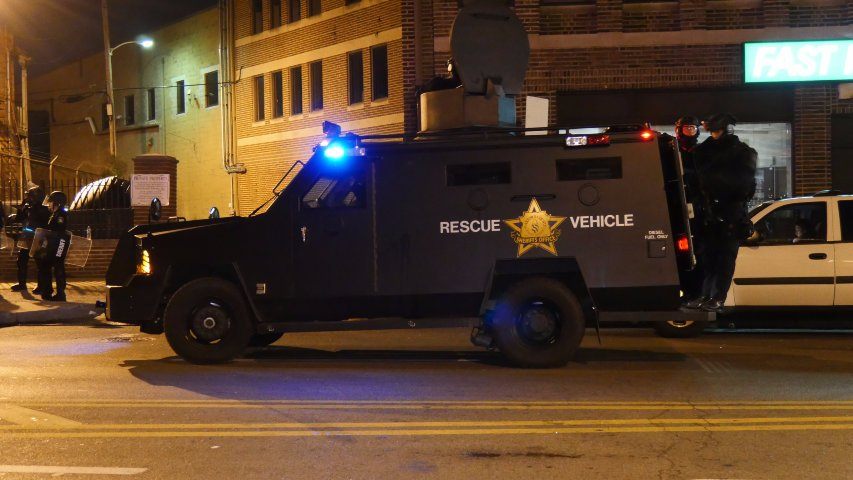 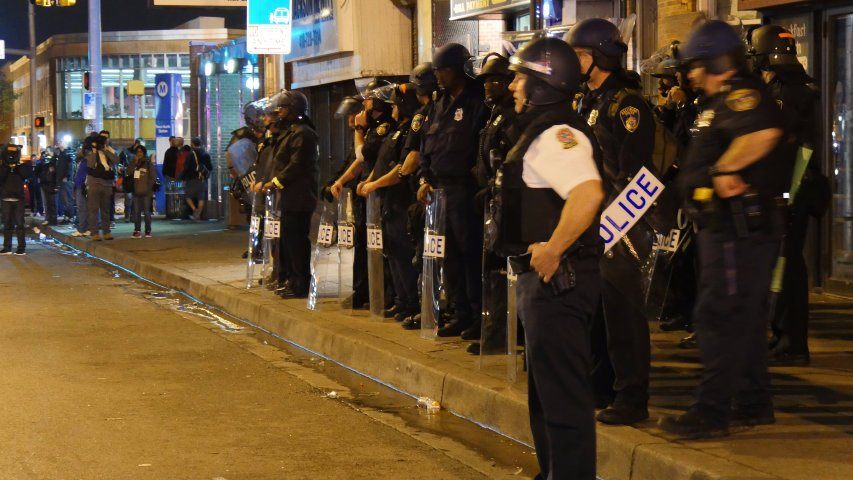 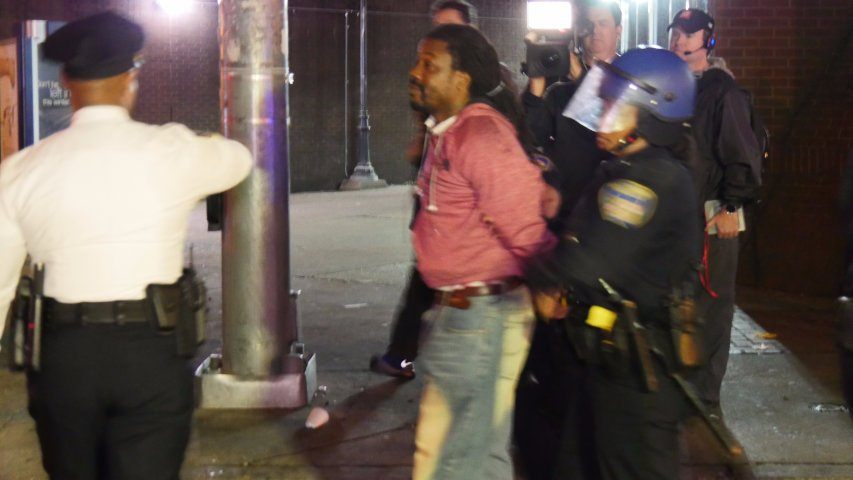 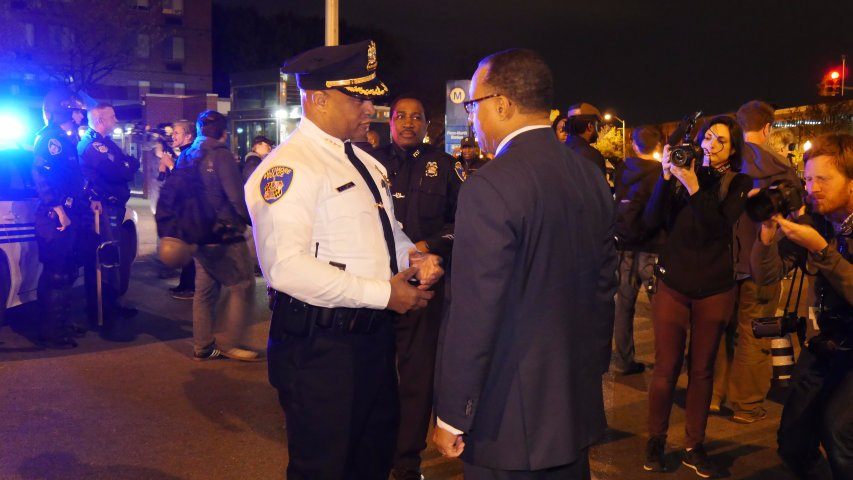 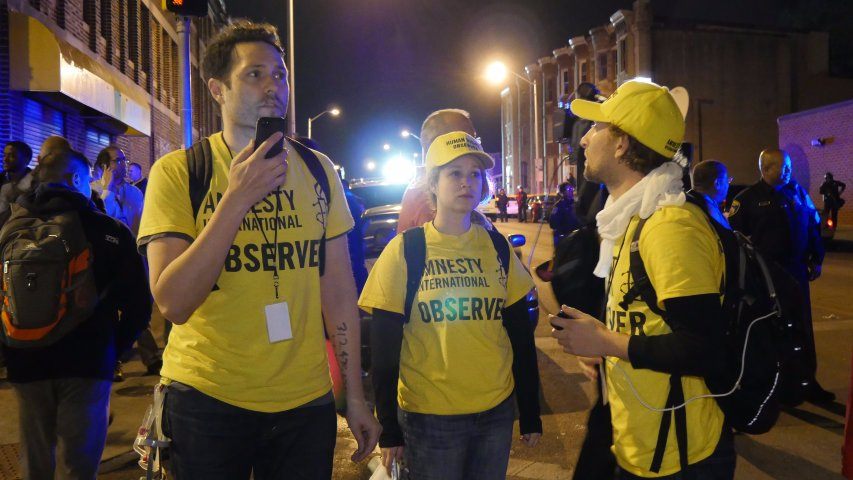 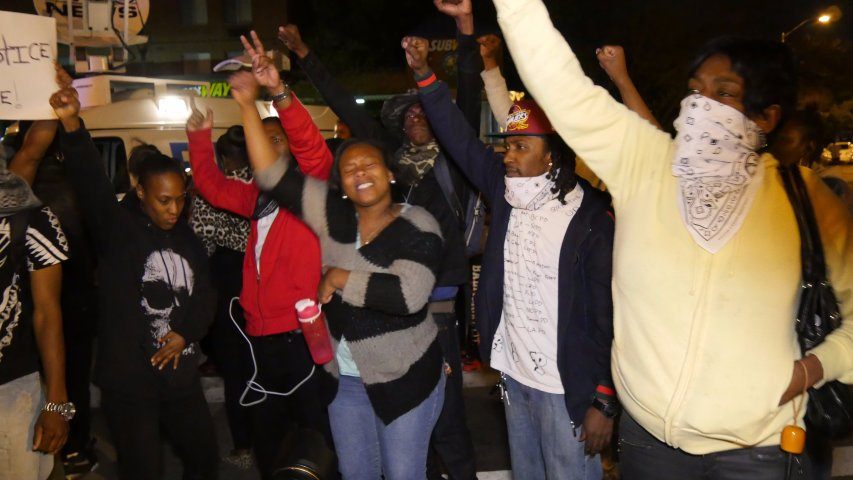 Adult male found in a truck near CVS on Pennsylvania Ave, which is being investigated as a "suspicious death," police say.

Two guys walking up other side of the street. Officers come to arrest them too. pic.twitter.com/DwiWMNE9go

This is the truck where they just found the body pic.twitter.com/AQRl2OTWF7

10:58 PM EST: Cops are splitting up for curfew enforcement with lingering people on streets.

Lines of cops gone, now a handful w/o shields or helmets, w/ K-9s and zip-tie handcuffs moving to arrest any lingerers — clearing out quick.

Curfew: @BaltimorePolice in now familiar riot gear posting up to "sweep" the streets as they say "move, move." pic.twitter.com/pPDipssmKJ

Curfew now in effect. So far no big crowd and no big police action.

There's really very few protesters left. Interesting to see if the police still march down from the staging area to clear it out.

The intersection cleared out pretty quickly right before curfew pic.twitter.com/WLfYeIXmEG

It seems crowds are slowly clearing as the 10 o'clock curfew approaches in Baltimore. #WTOP pic.twitter.com/HwKtOusLio

Cummings and most of the crowd are now walking arm in arm down Penn. to go home. About 50 people stayed behind, plus media.

Moments away from the Baltimore curfew, @RepCummings leads a peaceful march through the streets. #KellyFile pic.twitter.com/TyLGRzMhuv

T minus 10 until curfew in #Baltimore

"Lock up, fam!"
Huge line now forming in front of the police. pic.twitter.com/7MzhmEGbAk

The group has formed a large circle around Congressman Cummings as he leads them in prayer. Foxtrot's spotlight has the whole scene lit up.!

Officers are using bull horns to make announcements throughout the city about the 10:00pm curfew.

Protesters locking arms in front of police. "We helping you, cap'n." pic.twitter.com/FrzVXBUGSg

9:37 PM EST: Another leak from the police investigation: Gray had a head wound matching a specific bolt inside the police van. Breitbart’s John Sexton covers the development here.

The crowd is mostly quiet right now. Just milling around and talking with some occasional chants.

Pennsylvania Ave is now blocked off to traffic. pic.twitter.com/n03IeJI5lH

Congressman @RepCummings just arrived and is locking arms w/@SenatorPugh as they prepare to start moving people out in time for curfew.

Congressman Elijah Cummings gathering people to form a line in front of the police. https://t.co/wlvV4Izqd5

9:30 PM EST: Scenes of protesters outside Baltimore City Hall earlier today. All photos by Dan Fleuette of Breitbart News, who says of the atmosphere: “the crowd was much smaller than last night and wasn’t very raucous… no tear gas, no scuffles, or anything like that.” 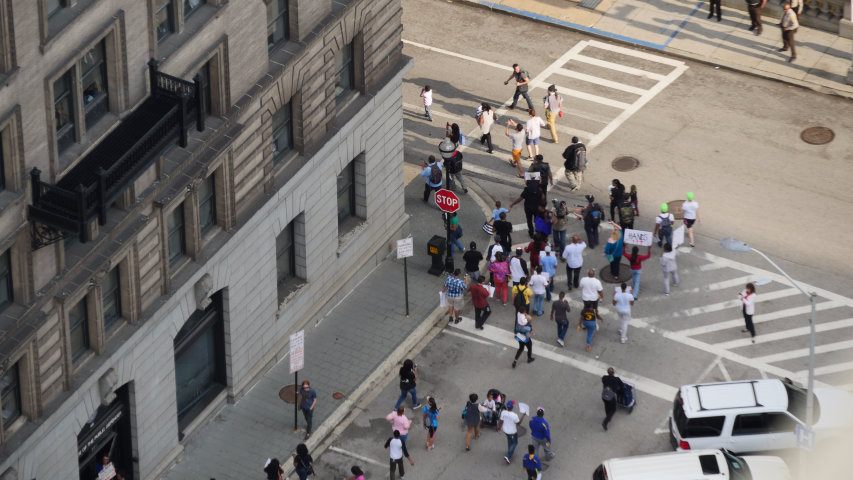 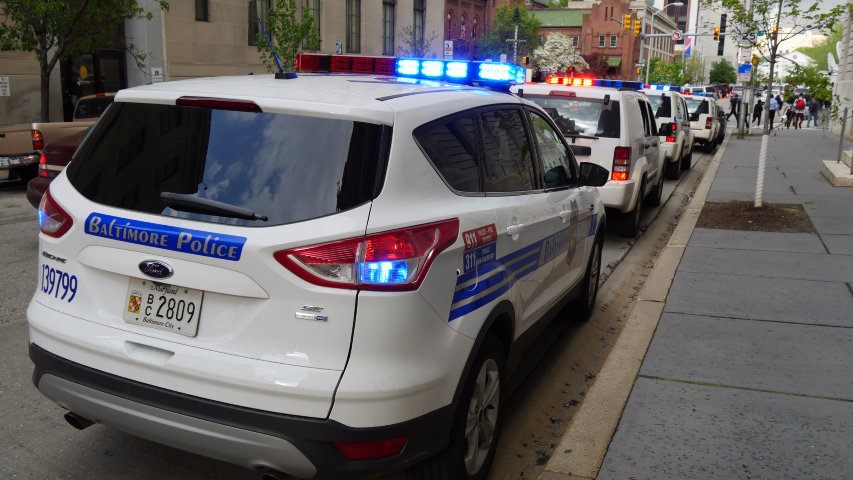 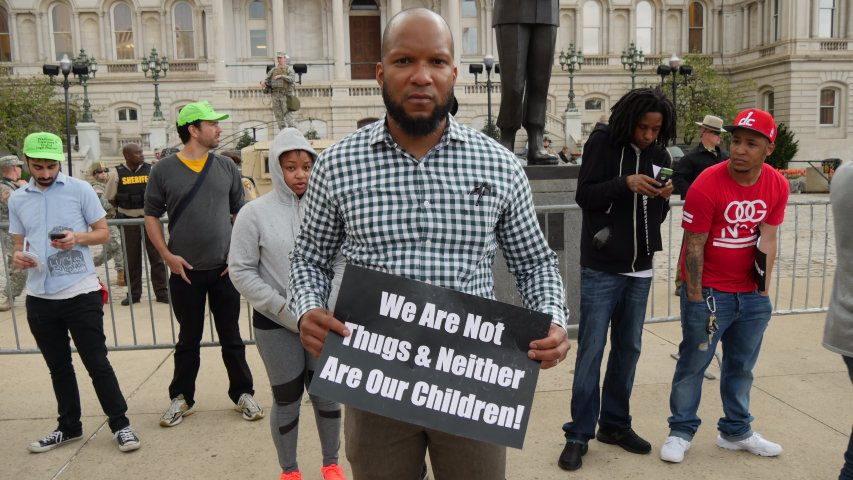 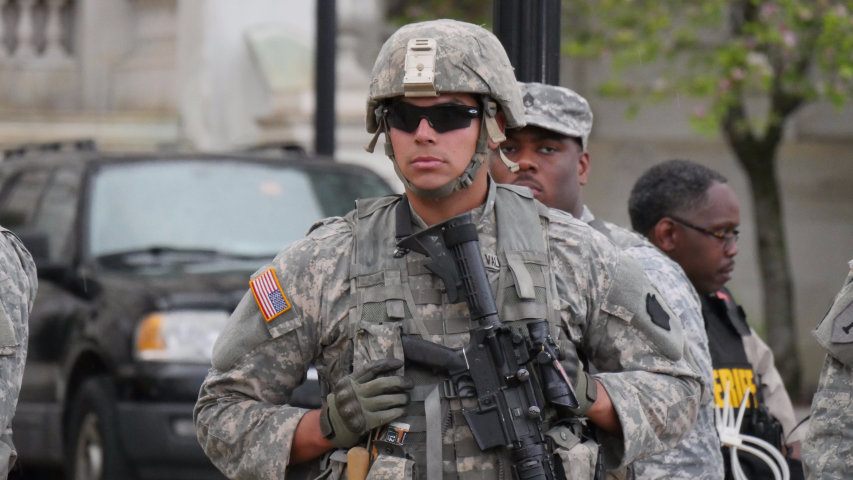 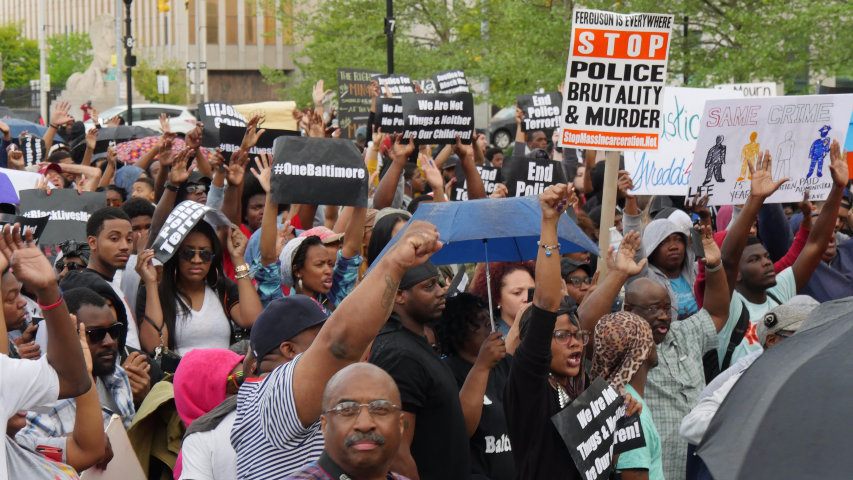 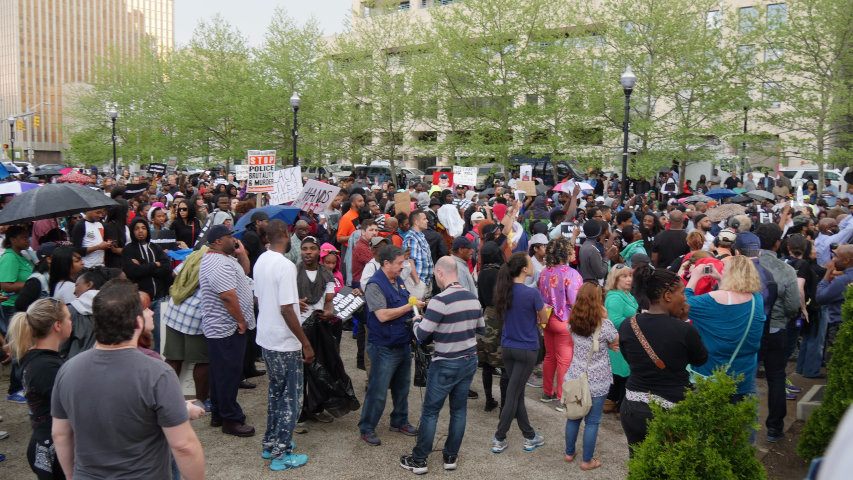 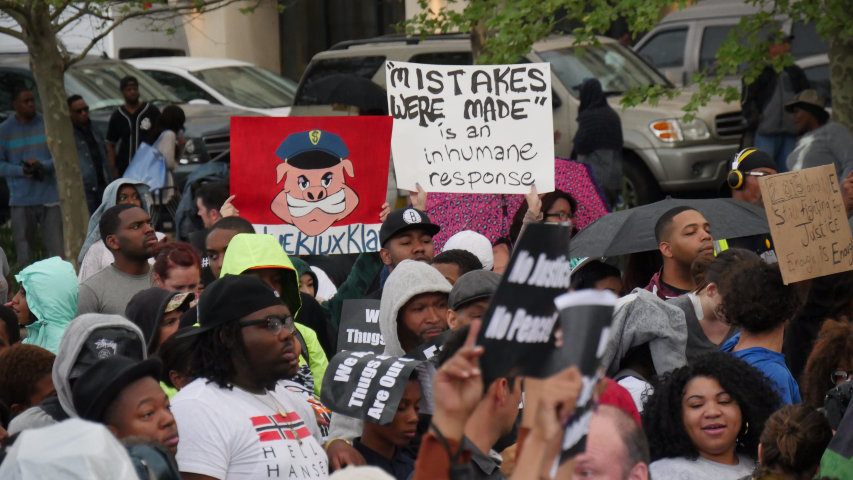 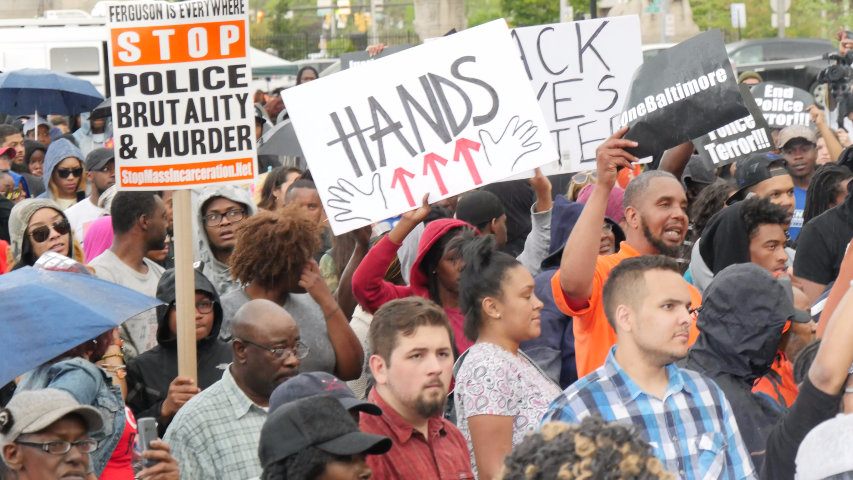 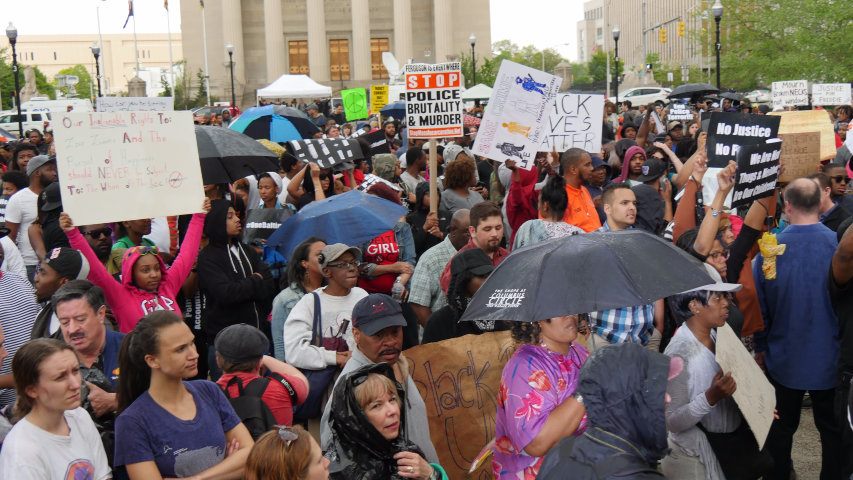 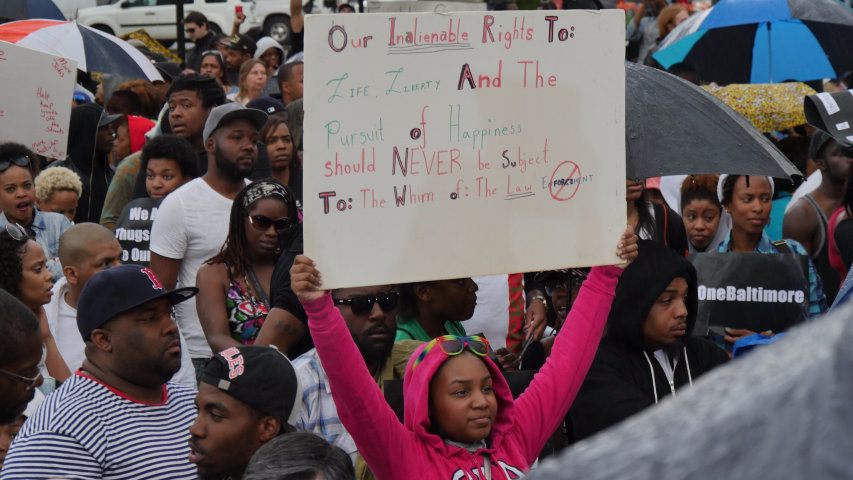 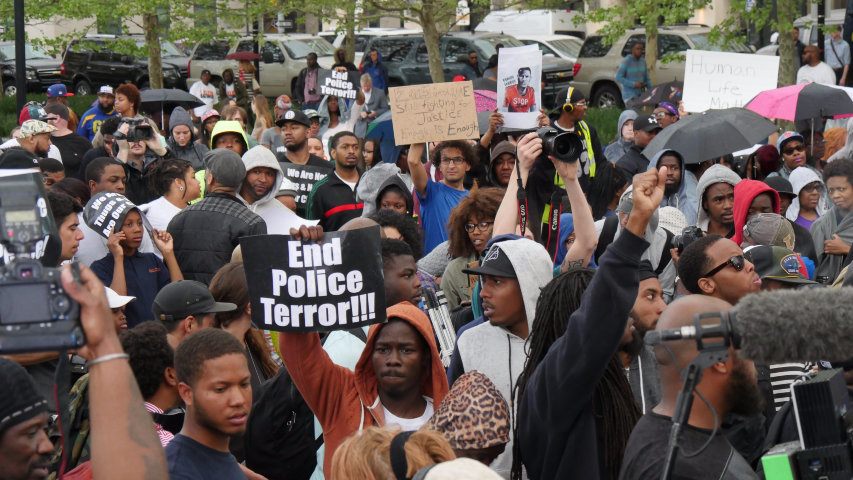 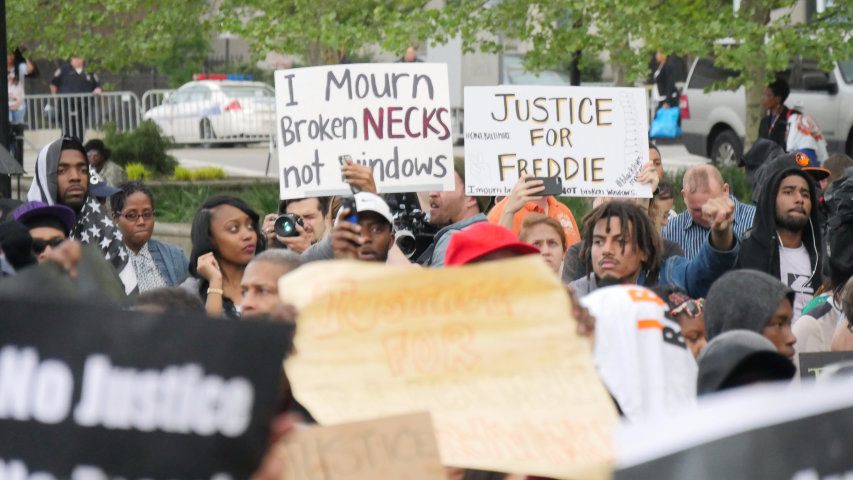 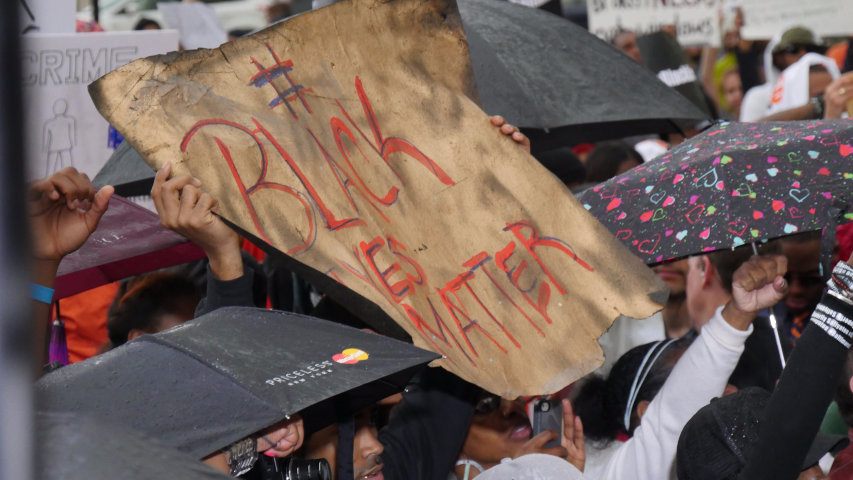 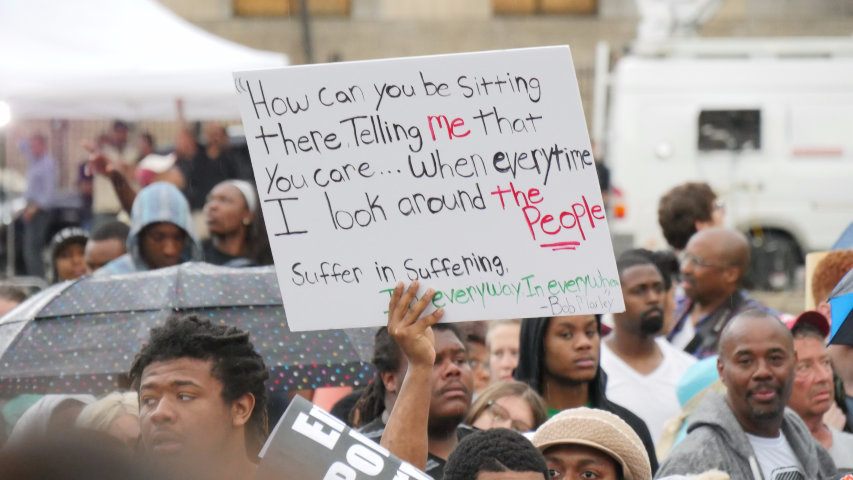 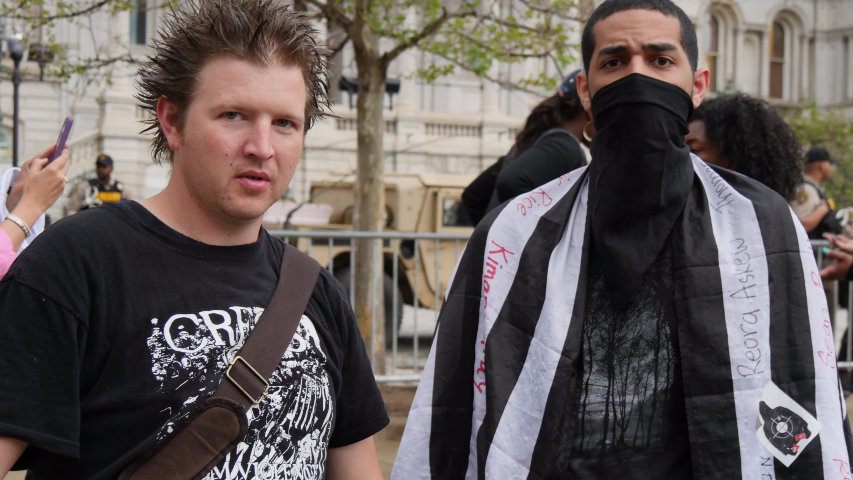 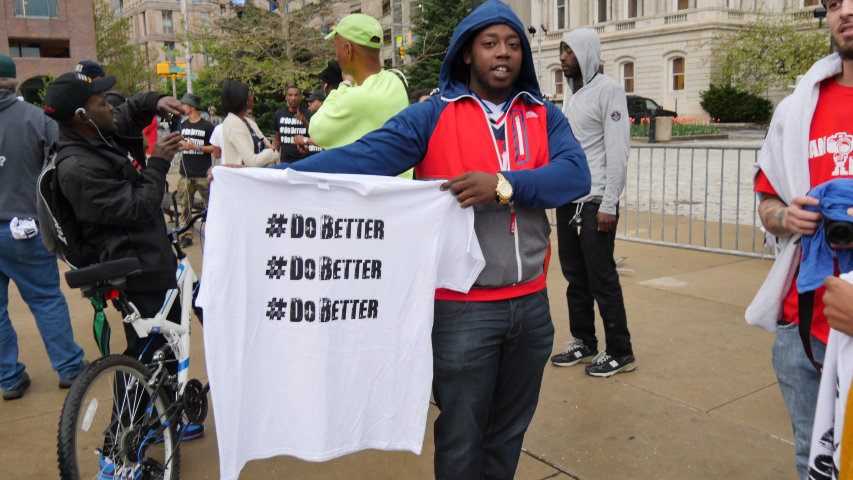 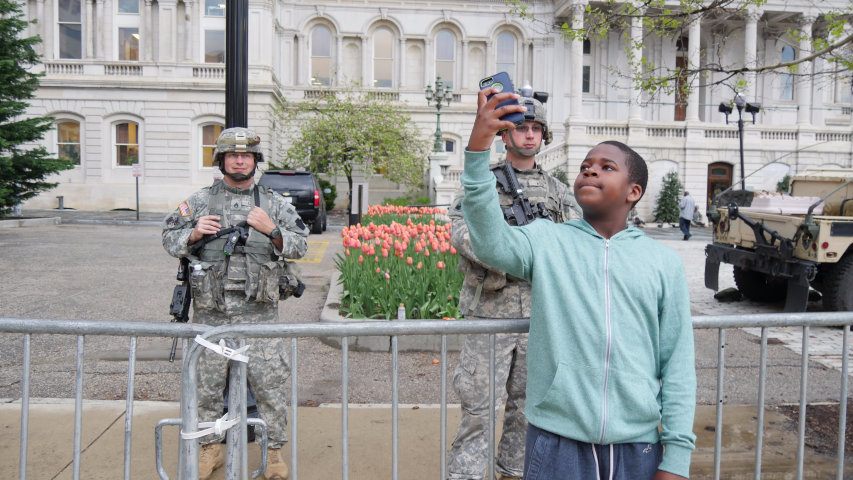 9:20 PM EST: Both anti-cop activists and cops upset by the decision to keep the investigation private:

9:18 PM EST: Another in a long line of facepalm-y NYTimes corrections:

"Correction: Crips wear blue and Bloods wear red, not the other way around." http://t.co/MzYnei4i2i pic.twitter.com/umL35RaJDX

Police: Small crowds at Penn & North, Mount & Presbury, City Hall. NW district is the only one on tactical alert. pic.twitter.com/8wtMOYbPNK

8:51 PM EST: State’s Attorney for the city of Baltimore releases a statement on the Gray investigation, affirming that the police file will not be released to the public.

Protesters confronting officer about Gray. "I wasn't there. I don't know what happened," she says. pic.twitter.com/ojr0hHXtdj

NAACP is working on this state by state–RT @thenation: Help Baltimore by Restoring Voting Rights to Ex-Felons http://t.co/wogq5m08O3

8:32 PM EST: Donta Allen, the man who was in the same police van as Freddie Gray, spoke out to local media Thursday, giving a slightly different account than in the leaked document from the BPD’s investigation which the Washington Post reported on Wednesday.

Allen described what he heard: “When I got in the van, I didn’t hear nothing. It was a smooth ride. We went straight to the police station. All I heard was a little banging for about four seconds. I just heard little banging, just little banging.”

Asked whether he told police whether he heard Gray banging his head against the van, Allen said, “I told homicide that. I don’t work for the police. I did not tell the police nothing.”

According to the autopsy on Gray, there is no evidence that Gray hit his head against anything on his own. His fatal neck and spinal injury was a kin to the type suffered in a car accident; it needed that amount of force and energy.

8:23 PM EST: The curfew, originally announced to last seven days, will continue through the weekend, despite the general compliance over the first two nights.

JUST IN: Baltimore Police: Curfew will extend through the weekend.