After making his statement on the shooting, Obama heads of to California for four fundraisers, speech, interviews, and golf

**UPDATE: In his early afternoon statement, it took President Obama exactly 4 minutes to politicize this massacre into a partisan call for gun control.

***UPDATE: There are now unconfirmed reports that Roof has been apprehended by police in Shelby, North Carolina. CNN is confirming Roof was caught. Charlotte North Carolina will hold a briefing “soon.”

Law enforcement is pursuing 21-year-old Dylann Storm Roof, of Eastover. An active manhunt is taking place in several locations in the Midlands.

There are reports Roof was also arrested for trespassing.

***UPDATE: Reuters reports that for his 21st birthday, Roof received a .45 caliber pistol from his father. An uncle described Roof as “quiet and soft-spoken.”

***UPDATE: The patches on Roof’s jacket appear to be flags. The top resembles the Apartheid South Africa flag. The patch below that resembles the pre-Independence flag of Rhodesia – now called Zimbabwe. The signifigance could be that these are  the flags of two African countries when they were under white rule. 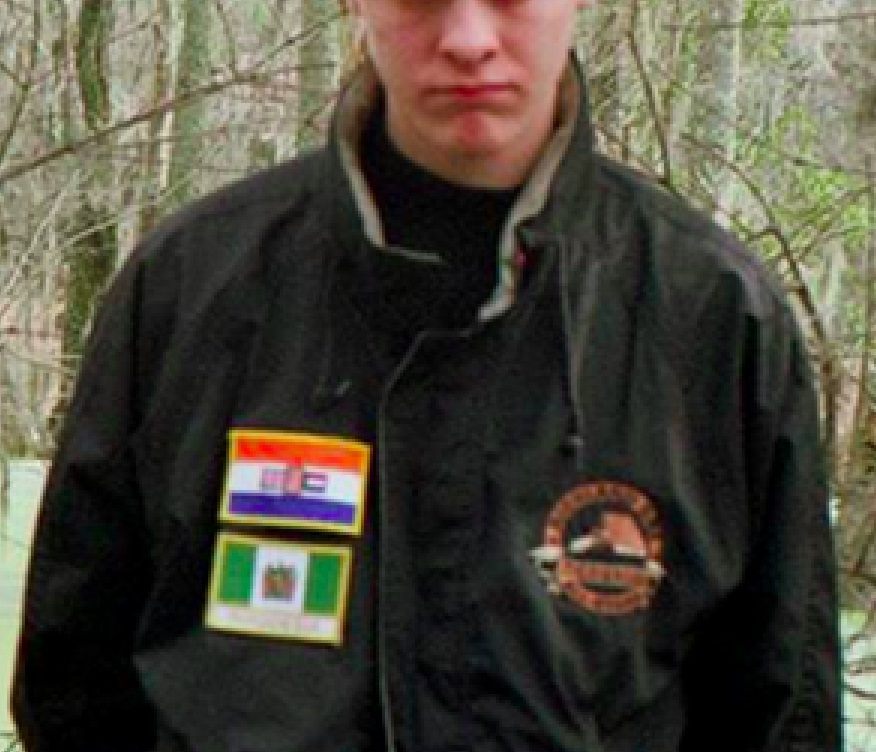 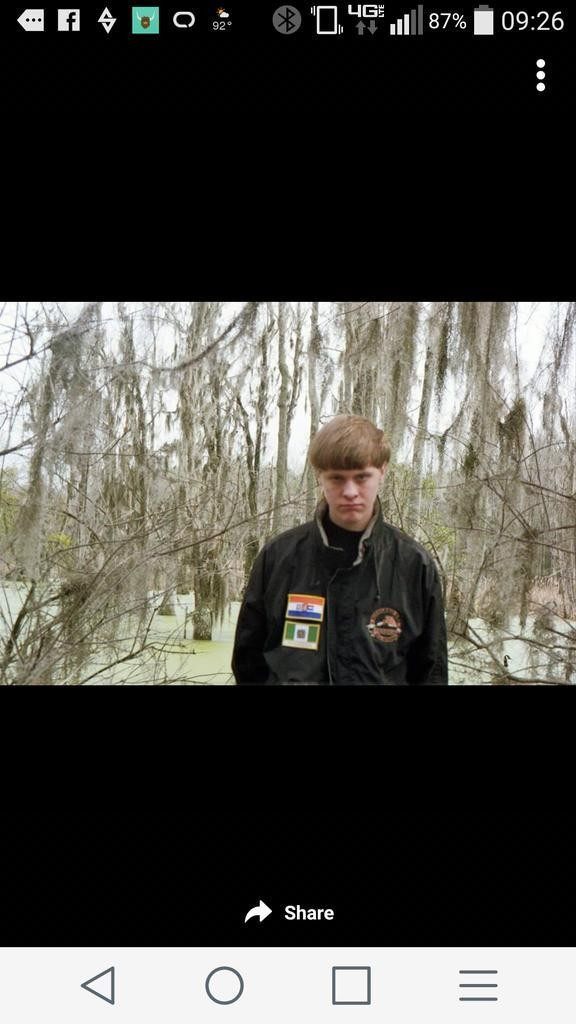 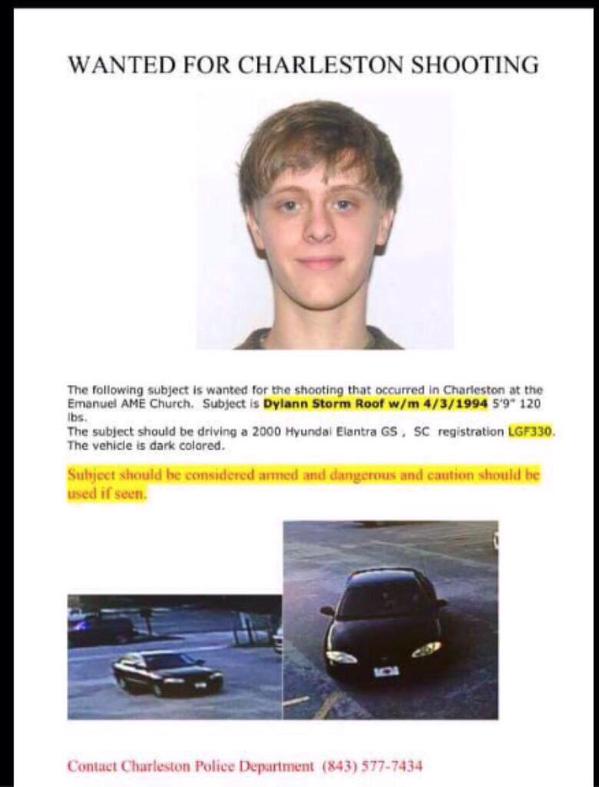