UPDATE: Numbers pulled later in the day show an increase of 3,620 percent, according to CBS. Amazon has since banned the sale of Confederate flag merchandise.

There is a run on Confederate flags underway at Amazon.com, after a media outcry successfully drove South Carolina leaders to attempt to remove the controversial southern banner from the state capitol grounds. 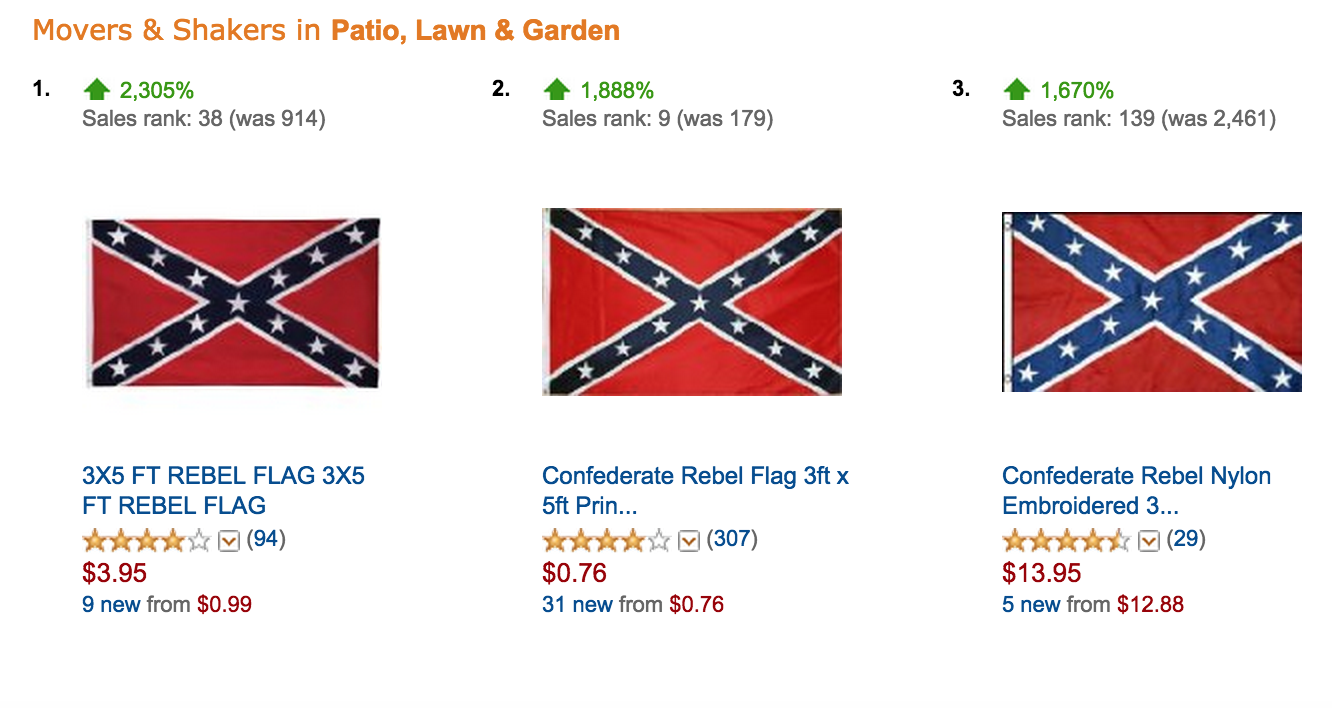 According to Amazon, “Movers & Shakers” identifies the biggest gainers in sales rank compared to twenty-four hours ago.

The flag is also in the number one and number two best seller items in outdoor flags and banners.