The hike is supposed to be the high point of this week’s trip to Alaska, undertaken for the purpose of dramatizing global warming. The media pitch is that Exit Glacier has been rapidly retreating for decades because of global warming.

Sadly for the President’s play acting, though, the National Park Service  previously reported that Exit Glacier has been exiting since at least the early 1800s — before the Industrial Revolution even got underway. 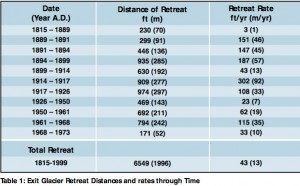 This isn’t the only intrusion of reality into the President’s staged climate drama.

While the President made big news announcing that he was changing the name of Mt. McKinley to Denali, the irony is that multiple glaciers there are actually expanding, according to the National Park Service, something hard to square with his global warming fantasy.

Also, while the media is busily hyping the storyline that Alaska is both melting and drowning, reality is more of a mixed bag.

First, surface temperature data from the National Climatic Data Center shows that the average temperature in Alaska isn’t much changed over the past 95 years. 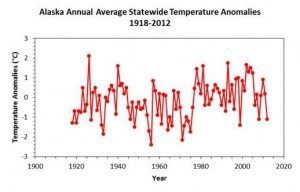 Next, while sea level has apparently increased at parts of the Alaskan coastline, at other locations seal level has declined. 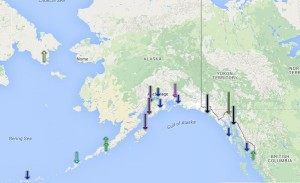 While in Alaska, John Kerry likened global warming to World War II. As over the top as that comparison is, Kerry is correct in one respect: climate alarmism has certainly blown science and reality to hell and back.