This article originally appeared at America Rising. It is reprinted here with permission.

But State Department officials provided new information Tuesday that undercuts Clinton’s characterization. They said the request was not about general recordkeeping but was prompted entirely by the discovery that Clinton had exclusively used a private e-mail system. They also said they first contacted her in the summer of 2014, at least three months before the agency asked Clinton and three of her predecessors to provide their e-mails.

Clinton was asked about the discrepancy just after the news broke by the Des Moines Register’s Jen Jacobs. She stuck to her now-debunked story:

After the editorial board meeting, a Register reporter asked Clinton if she could explain the discrepancy between her characterization of why she turned over the emails and the State Department’s.

“I don’t know that. I can’t answer that,” Clinton answered. “All I know is that they sent the same letter to everybody. That’s my understanding.”

America Rising compiled a list of the other times Clinton and her team made this false claim: 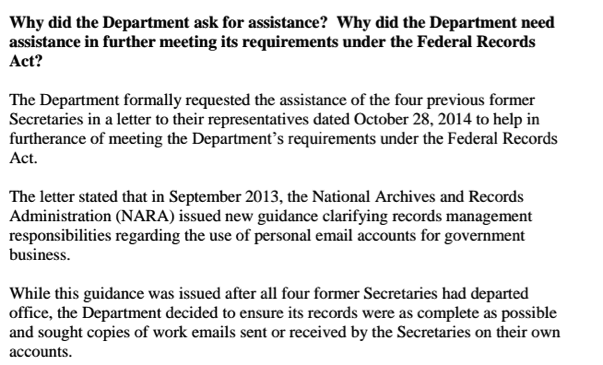 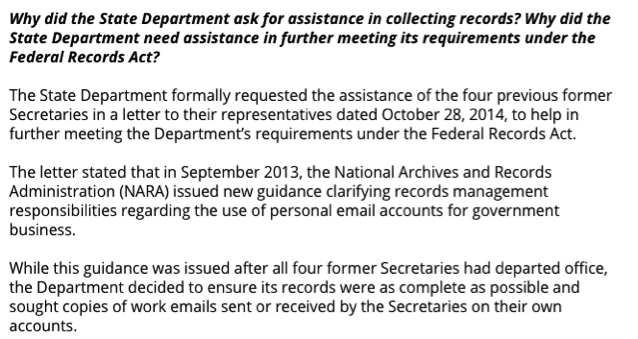 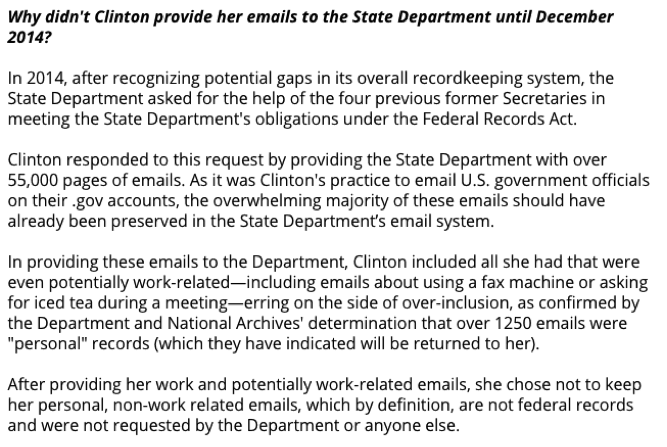 Lastly, in 2014, to update its records, State Dept asks four former secretaries to provide any work-related emails they may still have (29)

Despite use of personal email by multiple past secretaries, Clinton alone makes good on the request (30)