Ahmed Mohamed, the Texas teen detained for bringing a homemade suitcase clock experiment to school that resembled a bomb, appear together in a Council for American-Islamic Relations (CAIR) promotional video with the terror-tied organization’s controversial co-founder Nihad Awad.

Awad, a known Hamas supporter, also rejects Israel’s right to exist. Even in the face of the Islamic State’s rampaging terror and slaughter, Awad called the Jewish state the biggest threat to world peace and security. Breitbart News reported he once publicly declared his support of the “Hamas movement.” Hamas, the radical Islamic group, is a United States designated terrorist organization. CAIR was charged as an unindicted co-conspirator in the largest terrorism-financing case in U.S history, the Holy Land Foundation trial.

Before launching CAIR, Awad served as PR director for the Islamic Association for Palestine (IAP), an organization identified by the U.S. government as an arm of the Palestinian Committee, a Hamas support network created by the Muslim Brotherhood. A 2001 Immigration and Naturalization Service memo documented IAP’s support for Hamas and the “facts strongly suggest” that IAP was a part of Hamas’ propaganda machine, according to the Investigative Project on Terrorism (IPT).

The friendly outdoor video depicts Ahmed, Mohamed and Awad talking at what appears to be the family’s Irving home. The structure resembles the front of the house captured by news cameras on Sept. 16 when CAIR hosted a press conference over the clock incident, insisting on the Islamophobia narrative while ignoring relevant federal and state zero tolerance and/or safe school act policies implemented in public schools. 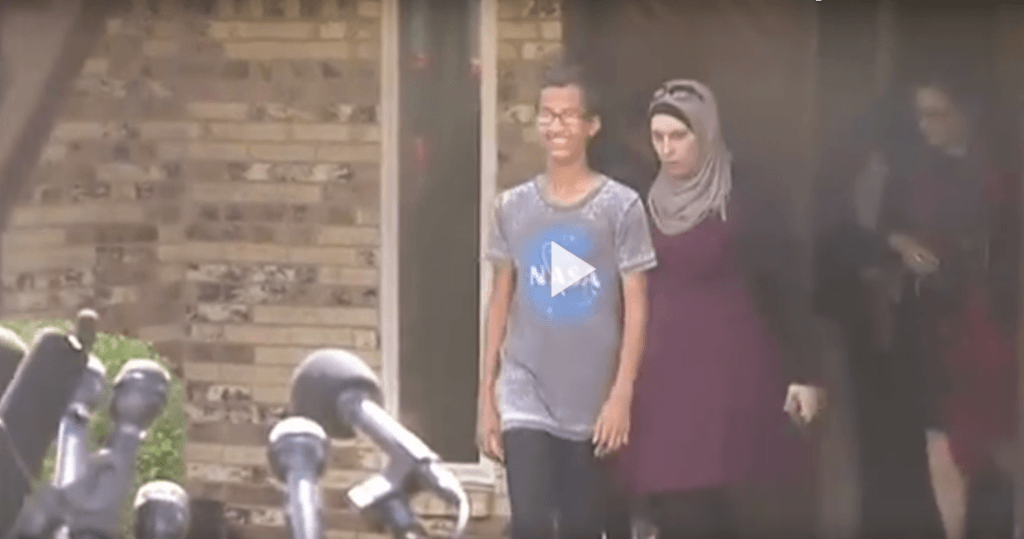 Islamophobia toting radical Imam Johari Abdul-Malik also asked in a promo video that supporters attend the now sold-out $65 per person CAIR fundraiser “to make a difference in America now.” Proud CAIR supporter and honoree Omar Suleiman, a Bayyinah Institute Islamic scholar, emphasized in his promo spot how CAIR represents the community “in the media, in the court system and wherever they need to be.” He said that in Texas “we’ve had our own share of Islamophobia, especially in these last couple of years.”