According to Subcommittee Chairwomen Martha McSally (R-AZ), the subcommittee estimates that in fiscal year 2015, 68 percent of new illegal immigrants in the U.S. had unlawfully overstayed their visas.

“I’m concerned there are unidentified national security and public safety risks in a population that large, which has historically been the primary means for terrorist entry to the United States,” McSally said Tuesday at a subcommittee hearing examining the national security risks posed by illegal immigrants who overstay their visas. 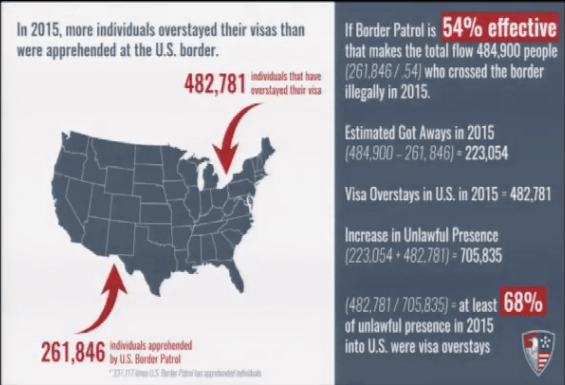 As McSally detailed, terrorists — including at least four of the 9/11 hijackers — have repeatedly exploited the nation’s visa system by legally entering the U.S. and simply never returning home.

“Since the 1993 World Trade Center bombing terrorists abused the hospitality of the American people to conduct attacks here at home,” she said, noting that the 9/11 Commission dubbed travel documents “as important as weapons” for terrorists.

The hearing comes on the heels of the Orlando nightclub shooting, in which a radical Islamic terrorist murdered dozens of people in a terrorist attack considered the worst on U.S. soil since September 11, 2001. The shooter in this case was not a visa overstay but the son of an Afghan immigrants born in New York.