The 2016 Democratic nominee is the first major party candidate for president in the current era of primaries and caucuses to earn fewer votes in their run for the White House than in a previous campaign.

Hillary R. Clinton, who was nominated by the Democrats at their national convention in Philadelphia Tuesday, received 916,870 fewer votes in the 2016 primaries and caucuses than the former first lady received during her 2008 race against President Barack Obama, according to analysis by Breitbart News. It was a leakage of roughly fiv epercent.

Clinton’s hemorrhaging of nearly one million votes stands in contrast with other candidates for president, who also made multiple runs for the White House.

Former vice-president Albert Gore Jr., ran for president in 1988, in a campaign in which he introduced the country to Willie Horton, received 3,190,992 in a race won by Massachusetts Gov. Michael S. Dukakis. In 2000, Gore, looking to succeed his boss President William J. Clinton, received 10,885, 814 votes.

Another vice-president, George H.W. Bush, did succeed his boss. He lost to Reagan in 1980, a contest in which he found out from reporters that his campaign manager James A. Baker had suspended the campaign. In that campaign, H.W. Bush received 3,070,833 votes; then in 1988, when he ran as Reagan’s successor he received 8,253,512 votes. When H.W. Bush ran for reelection, he was challenged in the primaries by former senior White House advisor Patrick J. Buchanan. In that campaign, H.W. Bush took in 9,199,463 votes and won in all 50 states. 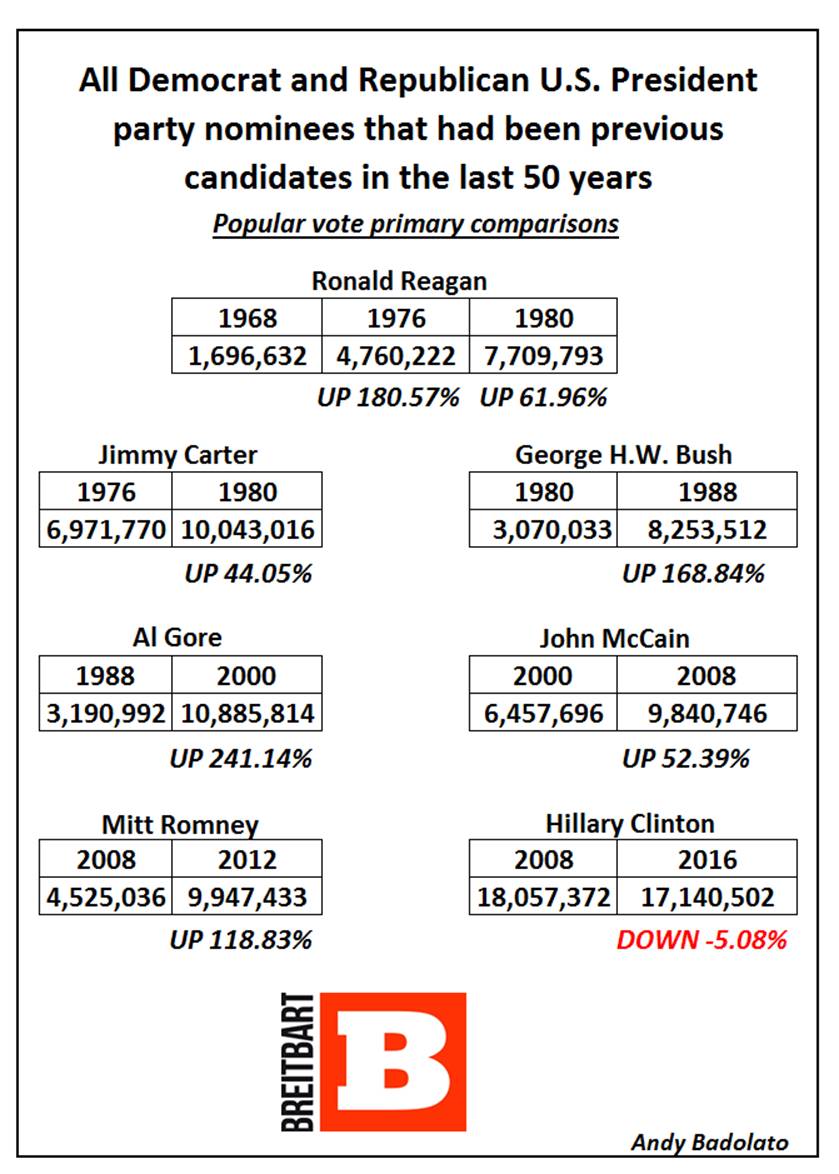