Broad public opposition in Hungary to Arab migration is boosting Hungarians’ take-home wages because employers are facing a shortage of workers amid good economic growth.

With no migration, and “with unemployment at a record low … [Hungarians’] average monthly salaries after taxes rose 8.4 percent in January-May compared with last year,” according to Bloomberg‘s coverage of the small country, which is wedged between Serbia and Austria in southeastern Europe.

More pay increases are pending. “I think in the next one-and-a-half years there will be a radical increase… [in wages] because of labor market demand,” the nation’s economics minister, Mihaly Varga, told a local publication.

That’s a huge contrast from the United States, where both political parties support immigration policies that annually import roughly one new foreign worker for every two Americans who turn 18. That yearly flood of extra workers lowers Americans’ lifetime wages — while also raising profits for corporate donors.

Those worker-shortage wage-boosts happen periodically in the United States. For example, wages rose sharply in the low-immigration decades between 1925 and 1969. Blue-collar wages also climbed in 1998 and 1999 when the fast-growing economy ran out of workers. Also, wages in Arizona rose once many illegals were sent home. Currently, agriculture companies are complaining that farmworkers’ wages are rising because many of their illegal-immigrant workers are being allowed by President Barack Obama to take jobs in nearby towns and cities.

The extra immigrants also reduce pressure on American companies to buy and develop labor-saving machinery. That reliance on cheap labor leaves the nation poorer than if it developed a new generation of labor-saving, productivity-boosting machinery.

In Hungary, however, the absence of immigrant workers is pushing the government to emphasize greater productivity, Varga said.

But Varga is also a politician — so he’s backing loud demands by companies that they be allowed to import and hire foreign workers instead of Hungarians.  “We need to come up with a development plan this year, if possible, to react to this changing environment,” he said, even though Hungary’s popular prime minister, Viktor Orban, is working to block the hiring of non-European migrant workers.

Hungary’s voters strongly oppose migration partly because they’ve been watching the huge and growing financial and civic cost of German leaders’ decision to import at least 1 million migrants during 2015. For example, German leaders are not admitting that the 2016 migration will cost German workers roughly $33 billion per year to manage, counting welfare, education and policing costs.

The unemployment rate in Hungary is now around 5.1 percent, within a total population of 10 million. That leaves few choices for employers but to poach each others’ workers by offering higher wages.

After being locked up behind the Iron Curtain for 40 years, the country’s annual economy is worth about $28,000 per person — or roughly half the United States’ level of $55,000 per person.

The United State’s population and economy are much larger, partly because of mass-immigration since the 1970s that has added almost 50 million people to the population. But unemployment is also much greater amid the mass-immigration. In July, the U.S unemployment rate ranged from 5.1 percent to 10.1 percent depending on the criteria. Only about 68.5 percent of all working-age men — including both American and immigrant — are in the labor force, down from toughly 73 percent in the mid-2000s. 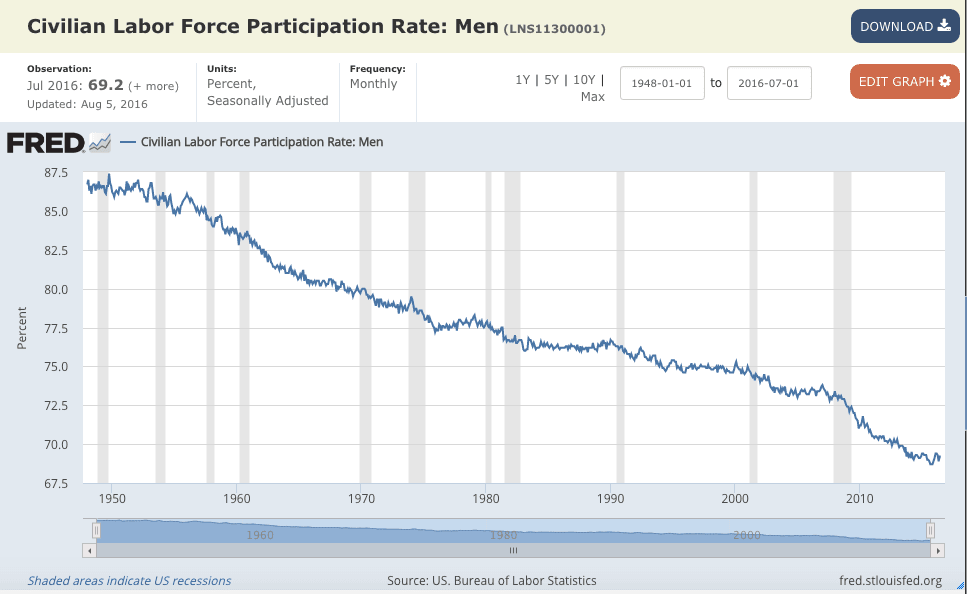 Correspondingly, wages have been growing very slowly in the United States since at least 2000.

Wages might have fallen, however, had not U.S. voters blocked many immigration-boosting plans by both Democratic and Republican politicians since 2006. In 2013, for example, public opposition blocked a plan to import at least 33 million new workers over the next 10 years. If that bill had become law, it would have frozen wages for at least a decade, according to the Congressional Budget Office.

In 2016, many Americans are backing Donald Trump because of his wage-boosting plan to curb annual legal and illegal immigration, partly by constructing a proper wall along along the U.S.-Mexican border.