One of the crucial constituencies in the upcoming election is the Catholic vote, which could be decisive. Swing states such as Pennsylvania, Wisconsin, and Ohio could turn on how Catholics decide to pull the lever. Recent reports have shown that a surprising percentage of church-going Catholics are leaning toward Hillary Clinton—the most pro-abortion candidate in U.S. history, a woman who has actually called for Christians to be somehow reprogrammed out of our objections to abortion, and who has backed each of the Obama administration’s attacks on religious freedom.

What is pushing such Catholic voters toward Hillary Clinton? Some analysts have suggested a crucial issue is immigration, with the constant flow of statements from U.S. bishops, and even Pope Francis, suggesting that the Democratic platform on immigration is somehow more “Catholic” than the GOP’s. Even if that were true, it’s hard to see how Christians of any variety could consider the death of a million unborn Americans every year of the same moral weight as the inconveniences that face those who have broken our laws to sneak across the border.

But it isn’t even true. The Democrats’ position on immigration, which mirrors recent statements by Pope Francis and leading U.S. bishops, is in fact completely at odds with the official Catholic doctrine on immigration. (This wouldn’t be the first time a bishop or pope spoke out of turn and out of tune with the Church’s binding teachings.) By contrast, the GOP platform could have been written by a Thomist theologian, with one eye on the Catechism, and the other on the best interests of the poorest, least privileged Americans.

Here is the total extent of official Catholic teaching on immigration, from its official Catechism:

The more prosperous nations are obliged, to the extent they are able, to welcome the foreigner in search of the security and the means of livelihood which he cannot find in his country of origin. Public authorities should see to it that the natural right is respected that places a guest under the protection of those who receive him.
Political authorities, for the sake of the common good for which they are responsible, may make the exercise of the right to immigrate subject to various juridical conditions, especially with regard to the immigrants’ duties toward their country of adoption. Immigrants are obliged to respect with gratitude the material and spiritual heritage of the country that receives them, to obey its laws and to assist in carrying civic burdens.

Does that say anything about granting amnesty, lavish welfare benefits, and the right to vote to those who have defied American law, avoided taxes, committed identity theft, or otherwise failed to keep up their side of the bargain? Do you see anywhere in there the duty to import almost a million low-skill workers to drive down the wages of our already floundering native-born working class (much of it black or Latino)? Is there some clause scrawled in invisible ink that demands we spend millions that could have been spent saving lives in warzones to pluck former refugees from safe havens in Turkey and fly them to America—even when it’s impossible to check if they have terrorist connections?

The Democrats want to do all of that, and more, as Mark Krikorian of the Center for Immigration Studies documented in his point-by-point comparison of the parties’ platforms on immigration. He concluded that the Democrats see immigration as an “entitlement for foreigners,” and that they oppose “oppose any meaningful enforcement” of our immigration laws.

By contrast, the Republican platform is sensible and balanced, exactly like the real Catholic teaching on the issue. The GOP document shuns nativism, calling on Americans “to embrace the newcomers legally among us, assist their journey to full citizenship and help their communities avoid isolation.” But the Republicans insist, along with the Catechism, on the right of American citizens to make laws controlling the influx of new citizens in accord with the best interest of our country, pointing out that “the interests of American workers must be protected over the claims of foreign nationals seeking the same jobs.”  Like the Church, the GOP also demands that newcomers obey the law.

Poor Americans whose ancestors worked, fought, even slaved for America deserve our first concern. They are the “least among us,” truly “our neighbors.” We have a duty, both patriotic and Christian, to look out for them when making our laws.

Some Catholic voters are waking up to this neglected teaching of the Church. Recent polls of churchgoers suggest that Hillary is rapidly losing her luster.

John Zmirak is author of The Politically Incorrect Guide to Catholicism. 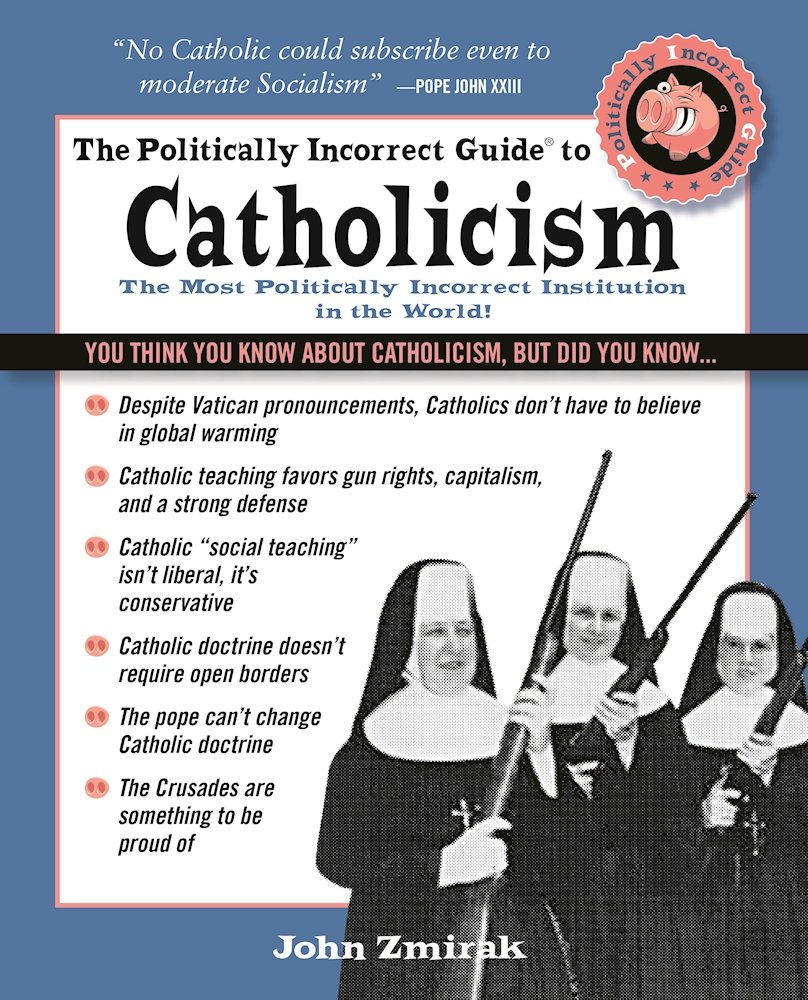