So what was the Bernie Sanders supporter doing at the rally?

“I should be the last person to vote for Donald Trump,” she told Breitbart News.

“The way that I see it is that Bernie was running for the people, and so is Trump. They’re populists. That resonates with me.

“Trump and Bernie care about people, instead of enriching themselves and their donors.” 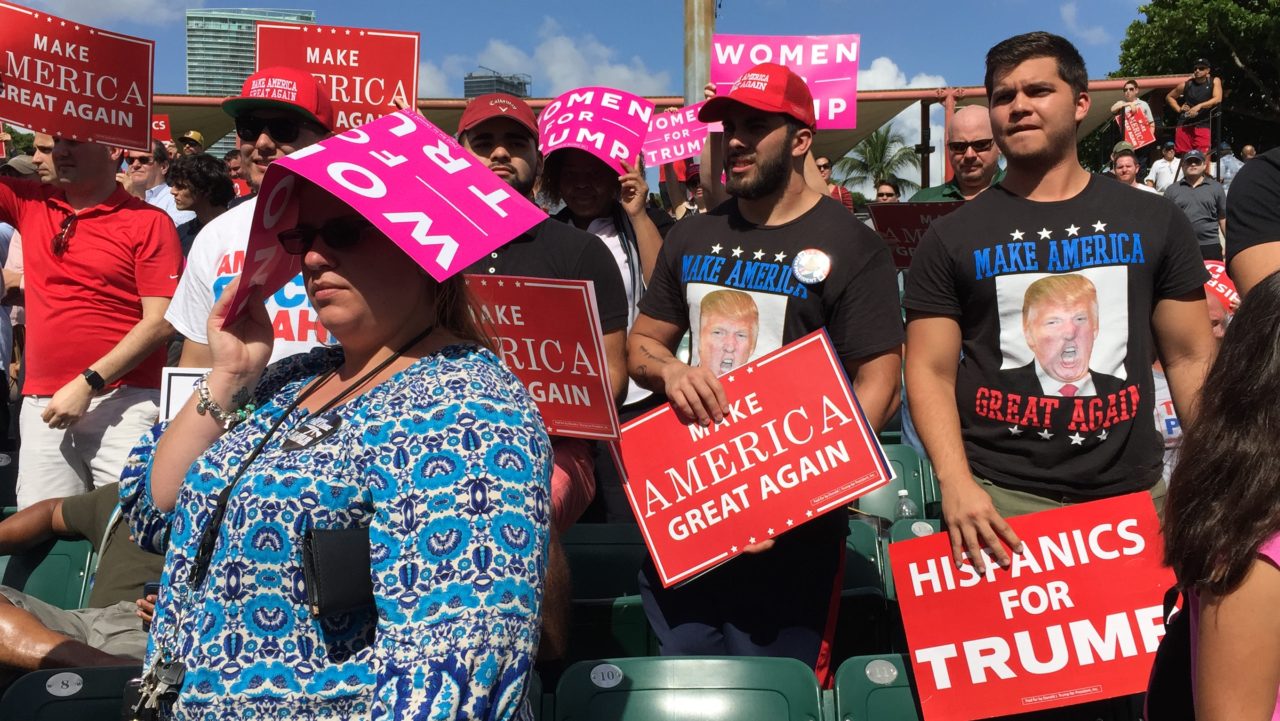 Asked if Sanders’s decision to support Hillary Clinton carried any weight with her, she answered:

“I could not, in good conscience, vote for Hillary Clinton and sleep at night,” she concluded. 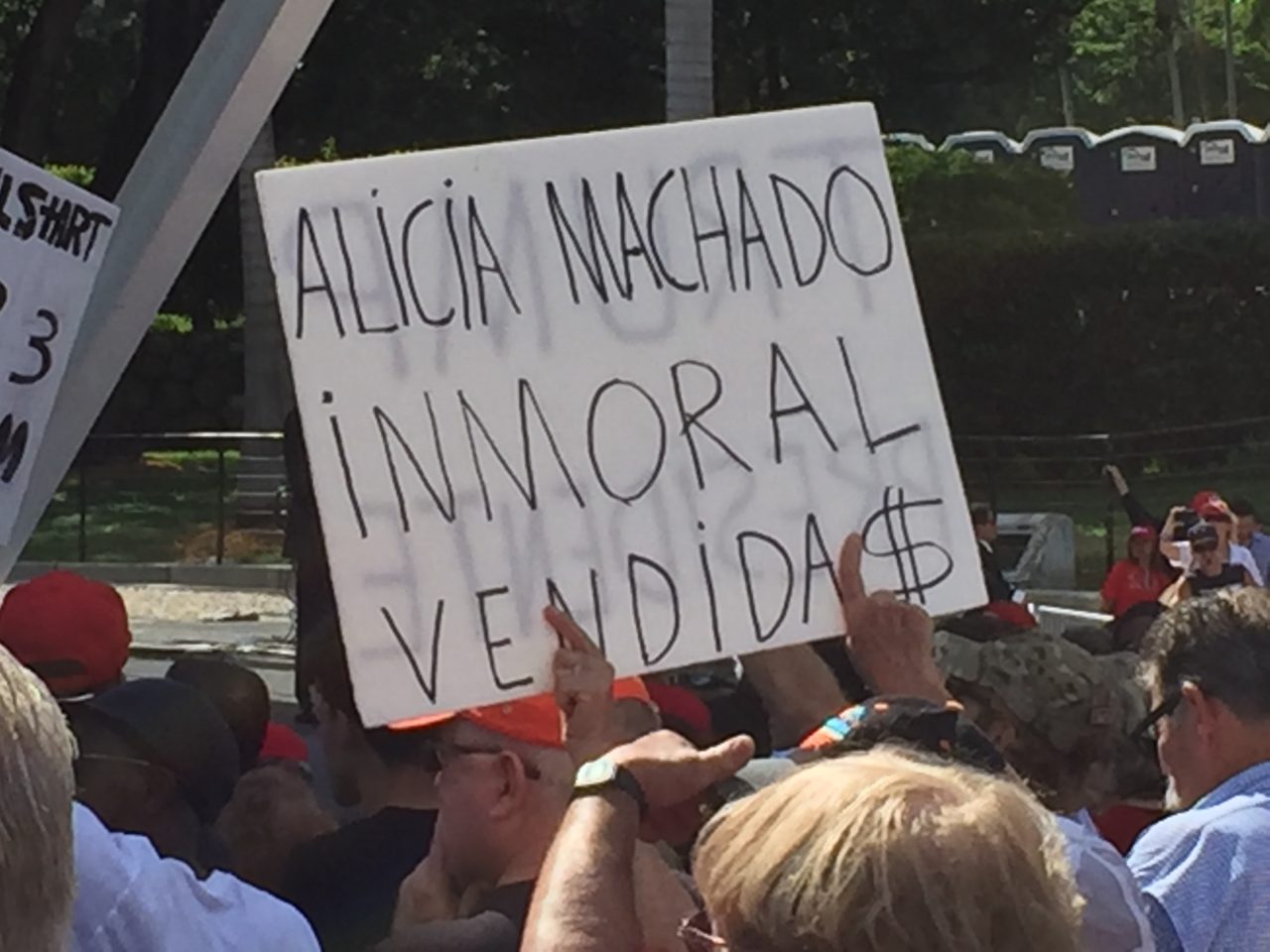 Her boyfriend, Enzo, said that he had supported Trump from the beginning, because he “wasn’t a politician.”

He predicted that Trump would win the Sunshine State.

“I’m Cuban-American, and the narrative that Hispanics are voting for Clinton isn’t true. All the Cubans I know who are Democrats — including my parents’ friends — are all for Trump.

“People who are voting for Hillary Clinton just don’t like Trump, but they aren’t enthusiastic.” He speculated that reluctant Hillary Clinton supporters might not turn out at all. 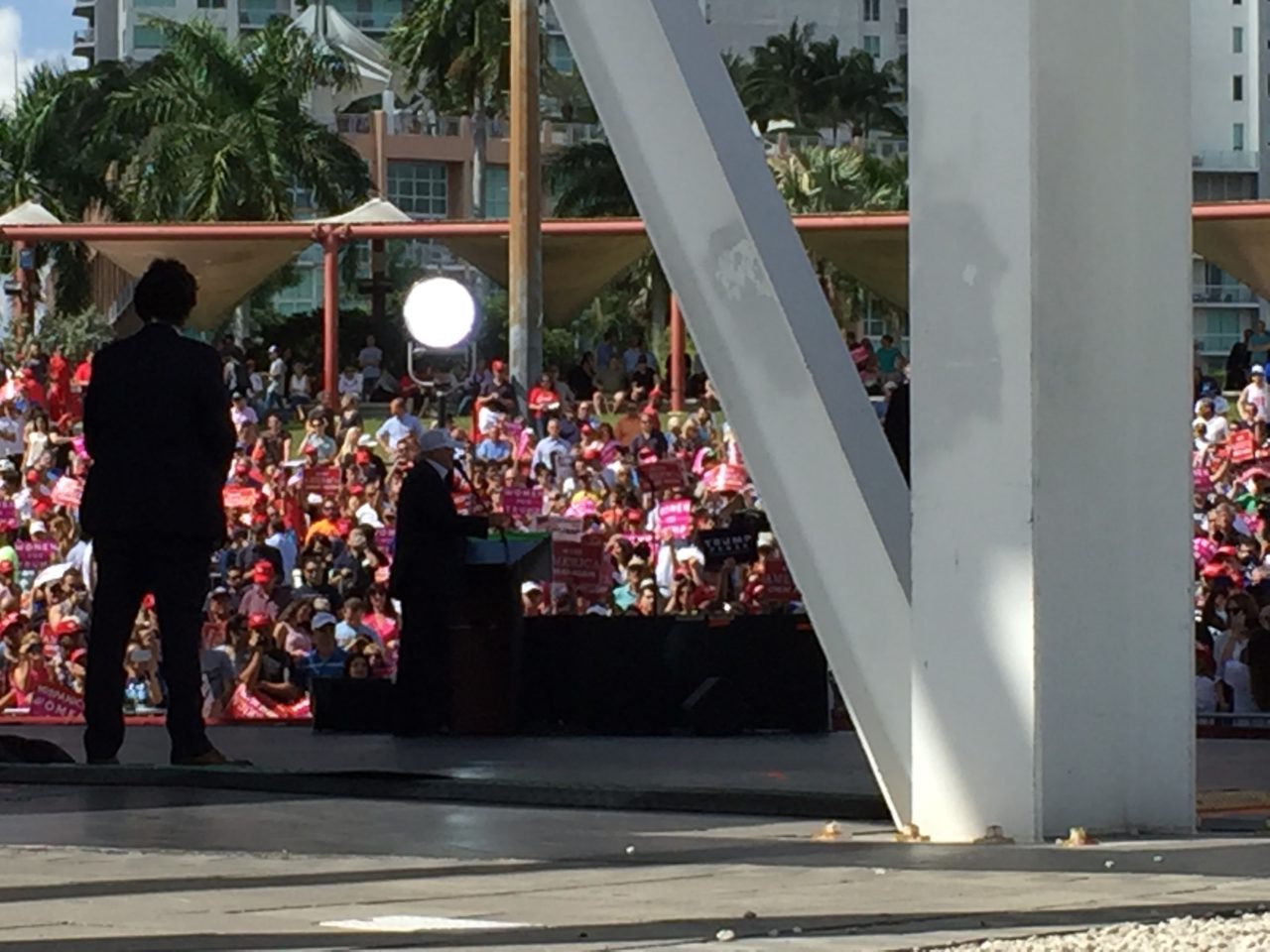 Over 4,200 turned out for the rally at Miami’s Bayfront Park Amphitheater, the first of four stops for the Trump campaign in Florida over 24 hours, including Orlando, Pensacola, and Jacksonville.