Ivanka Trump and her family were accosted by a passenger on a commercial flight who was eventually removed from the plane, according to reports. 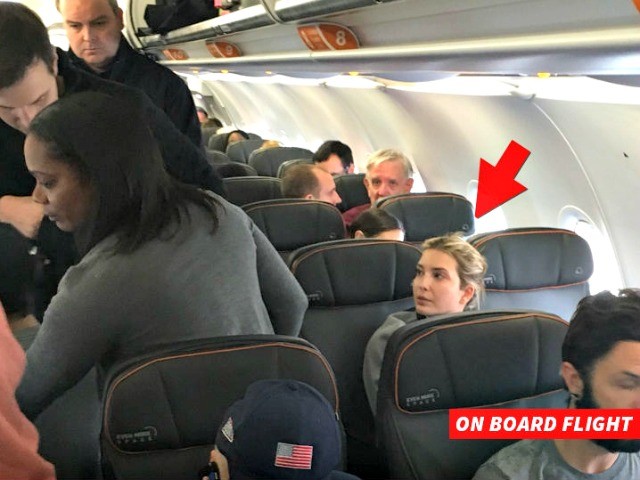 Ivanka, who was with her husband Jared Kushner and three children, was harassed by a male passenger who told her that “Your father is ruining the country,” before declaring that “She should be flying private.”

According to another passenger on board the flight, Ivanka ignored the man and attempted to distract her children by playing with crayons.

As the man continued his tirade, he was removed from the flight and could be heard screaming, “You’re kicking me off for expressing my opinion,” as he was taken by security.

In a statement, the airline running the flight, JetBlue, said, “The decision to remove a customer from a flight is not taken lightly. If the crew determines that a customer is causing conflict on the aircraft, the customer will be asked to deplane, especially if the crew feels the situation runs the risk of escalation during flight. Our team worked to re-accommodate the party on the next available flight.”

The husband of the passenger, Matt Lasner, later took to Twitter to recount the event, where he boasted how his husband was “chasing them down to harass them.”