A dependable self-defense handgun can be a literal lifesaver not just for the wealthy, but for Americans of all socioeconomic classes. For that reason, Breitbart News presents a list of six self-defense guns that people may purchase for less than $350.

Any of the guns on the list could be used to defend a life:

Kel-Tec P-11: The Kel-Tec P-11 is a 9mm semiautomatic that holds ten rounds in the magazine and one in the chamber for a total of 11 rounds. The gun has no external safety and is double action only. The firing mechanism creates a longer trigger pull–which is a quasi-safety in and of itself–making accidental discharges more difficult. The P-11 weighs 14 ounces, which is light enough for comfortable, everyday carry. 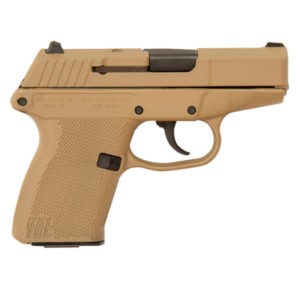 Ruger LCP: The Ruger LCP is a semiautomatic handgun chambered in .380 and one of the most popular handguns on the market. It weighs in at 9.6 ounces and holds six rounds in the magazine and one in the chamber, for a total of seven rounds. Like the Kel-Tec P-11, the Ruger has no external safety mechanism. Rather, it has the long double-action-only trigger pull that helps prevent accidental discharges. The LCP is a durable gun in a slightly smaller caliber than the Kel-Tec, which may make the LCP a better choice for women or anyone looking for reduced recoil. 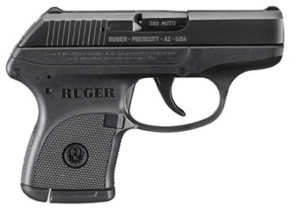 Taurus PT 738: The Taurus PT 738 is a lightweight polymer carry gun chambered in .380. It holds six rounds in the magazine and one in the chamber, for a total of seven rounds. The PT 738 weighs in at 10.2 ounces, which makes it comfortable for daily carry, even in lightweight clothing. The PT 738 has no external safety. Rather, it has the longer double-action trigger pull as found in the Ruger LCP and Kel-Tec P-11. 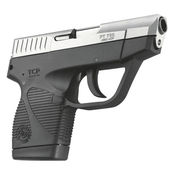 Kel-Tec P-32: The Kel-Tec P-32 is a super compact semiautomatic chambered in .32 caliber. It holds seven rounds in the magazine and one in the chamber, for a total of eight rounds. The P-32 only weighs 6.6 ounces, and that light weight makes it ultra comfortable for daily carry. For about $15, one can purchase a clip that affixes to the side of the P-32 and slides over the top of a boot, where it holds the gun against the calf and at the ready should trouble strike, or one can clip it on top of a pair of pants by the belt. The light weight, small size of the P-32 makes it a great gun for purse carry, too. If carried in a purse, it should still be placed in a holster so the holster can prevent the trigger from snagging on something that might lead to an accidental discharge. 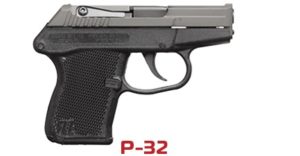 Taurus 85 Revolver: The Taurus 85 is a classic five-shot revolver chambered in .38 Special. At 21 ounces, it is slightly heavier than some of the guns on this list and much heavier than others, but it has two strong points in its favor: 1. Dependability. 2. Stopping power. The Taurus 85 is a great revolver for a man or a woman, as the weight of the gun makes the recoil of .38 Special ammunition manageable. For anyone wondering how heavy 21 ounces would feel for daily carry, a Glock 19 weighs just over 23 ounces, and it is one of the most popular carry guns ever. So the Taurus 85 would be a great gun for home defense, as well as concealed carry. 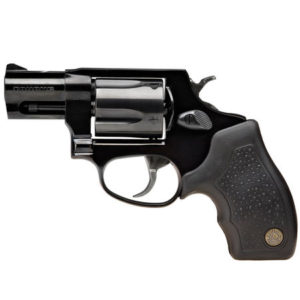 North American Arms .22 Magnum: The North American Arms .22 Magnum is a miniature five-shot revolver which can be hidden somewhere close at hand as a last-resort firearm. The gun weighs 6.5 ounces and is single action only, which means the hammer has to be pulled back for every shot, just as with a six-shooter from the Old West. The gun’s diminutive size makes it easy to hide in a fake book or any number of places in a home or office, and a well-placed .22 Magnum round in hollow-point ammunition could save a life. 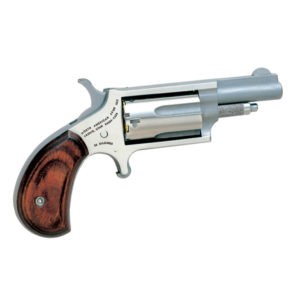 As with all gun purchases, a gun for self-defense is only the first step. The owner also needs to shoot it enough to become familiar with it, to know where bullets will go if he has to shoot it under duress. And he must familiarize himself with the laws of his state so he understands when it is legal to shoot and when it is not. When these steps are complete, he can own the gun with confidence, knowing he has done what is necessary to be ready if he needs to defend his life or the lives of his family members.