SEVNICA, Slovenia—On Jan. 20, 2017 the nation’s attention was fixed on the west balcony of the Capitol building in Washington, where President-elect Donald J. Trump and soon-to-be First Lady Melania Trump were about to arrive for the 45th swearing-in of a U.S. president.

But lots of eyes were also fixed on the presidential inauguration thousands of miles away where some 125 guests and a dozen or so journalists from around the globe gathered around a big screen TV to watch the historic event unfold from their seats in Sevnica, Slovenia, Melania’s hometown.

The scene that took place in the grand banquet hall of Martin Dolinsek’s guest lodge in the Alpine hills of what was once part of Communist Yugoslavia was surreal. 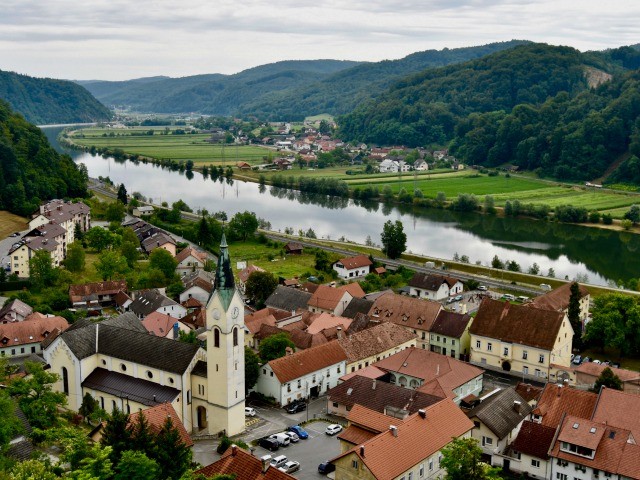 Sevnica Slovenia is the hometown of First Lady Melania Trump. Save River, a tributary of the Danube River, runs through the town. A castle is perched overlooking the city. (Breitbart News/Penny Starr)

Dolinsek, the president of the local Rotary Club International, decided the fairy tale story of a young Slovenian model becoming the First Lady of the United States and taking up residence in the White House could be the perfect backdrop for a charity ball to raise money for the local health center.

“We raised 3,700 Euros,” Dolinsek told Breitbart News as he flipped through photos of the big day on his iPad.

As Melania glided down the carpet in her sky blue cashmere Ralph Lauren suit with matching gloves and the Capitol dome as a backdrop, former Communist leader of Yugoslavia Josip Broz Tito’s personal chef Jozef Oseli was preparing cuisine for the guests in Slovenia, while local bakers readied the Melania Trump cheesecake with nutty crust for the dessert course.

Meanwhile, Slovenian artist Bojan Sumrak was on the sidelines, putting the final touches on his painting in honor of the occasion featuring a collage of the American and Slovenian flags intertwined with images of the White House and the famous medieval Sevnica castle. 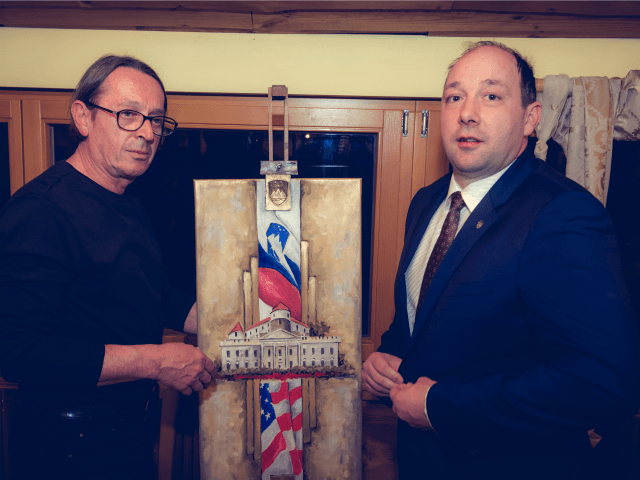 Martin Dolinsek, right, stands on stage with artist Bojan Sumra, who created a painting featuring the Slovevian flag and castle and the America flag and the White House. It was bought by Sevnica mayor Srecko Ocvirk for the city and it now hangs in the castle.

Guests were also treated to a glass of the newly unveiled First Lady wine, Modra Frankinja Blaufankisch, made from “a popular grape in the wine regions in central Europe and … in Slovenia is especially cherished in the south and east of the country.”

Eva Dragic (no relation to Goran Dragic, Slovenian basketball player with the Miami Heat) is the daughter of Martin and Tadeja Dolinsek. But on inauguration day she was serving the people in her hometown who had come to raise money for a good cause and to celebrate one of their own—now one of the most famous women in the world. 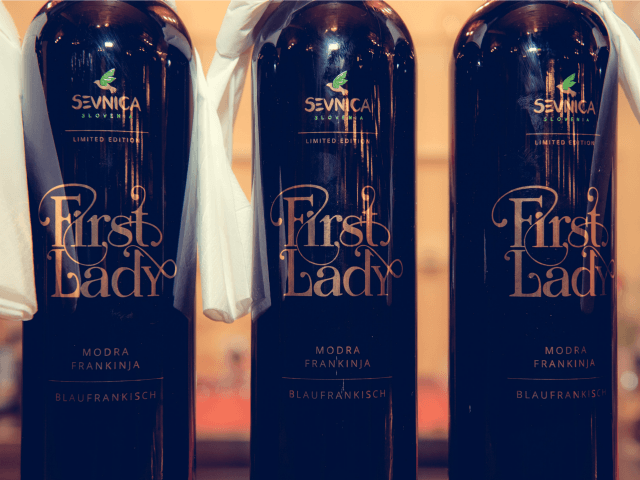 First Lady wine was unveiled and sampled at the charity event.

Eva, who is 17 and still in high school, hopes someday to own her own hotel and restaurant because she said she believes the best of times include lots of love and lots of good food to go with it. (Her boyfriend, Aljaz Bogolin, was in charge of parking cars on the icy, winter day).

Eva told Breitbart News that she is excited that her homeland is in the spotlight. 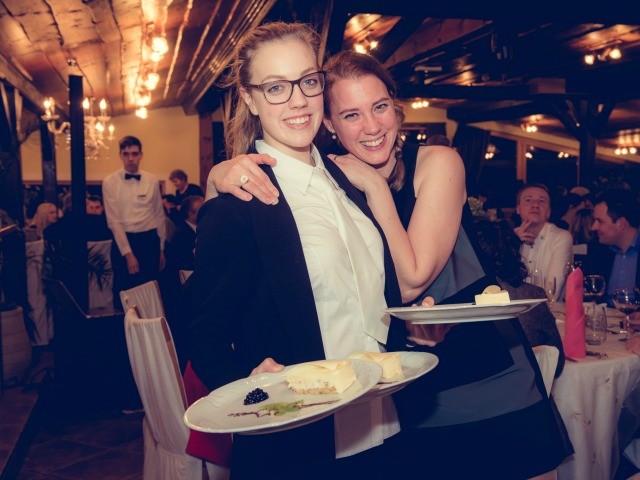 Eva Dragic and her mother Tadeja Doinsek served tables at a charity fundraiser on Jan. 20, 2017. The event coincided with the inauguration of President Donald Trump.

But Eva also said she is frustrated that so many people—including American guests who have stayed at her family’s home and journalists from near and far—seem to have judged President Trump before he has had a chance to serve.

“People should give him a chance,” Eva said. “Maybe he can change the world.” 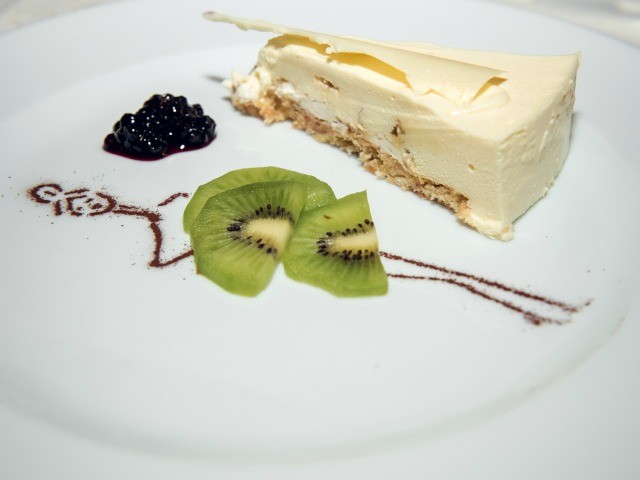 Dessert served at the charity event was ‘Melania cake,’ a torte with a nutty crust.