The multifaceted campaign intends to educate Americans about how tax cuts help boost wages, jobs, and the overall economy.

“A tax cut for small businesses and American families is long overdue,” said Alfredo Ortiz, Job Creators Network President and CEO Alfredo Ortiz. “In order to generate the support necessary to pass tax cuts now and provide hardworking taxpayers with some relief, the public must understand the benefits of tax cuts including higher wages, more jobs, revitalized Main Streets, and a better economy.”

The Atlanta Georgia-based organization created the website TaxCutsNow.com and is urging Americans to sign its tax cut petition, read its letter to Congress, and watch videos by small business advocates explaining why tax cuts are needed.

The organization’s new initiative is designed to put pressure on Congressional lawmakers to pass a tax cut bill by Thanksgiving and make it retroactive to January 2017.

Part of the campaign includes a nationwide “Tax Cut Tour,” which will begin on Sunday, September 10 with a massive event in Oklahoma City, OK. The bus tour will conclude with a “15% on the 15th Rally” in Washington, D.C., on September 15, where legislators, several trade associations and headlined by economist Stephen Moore. 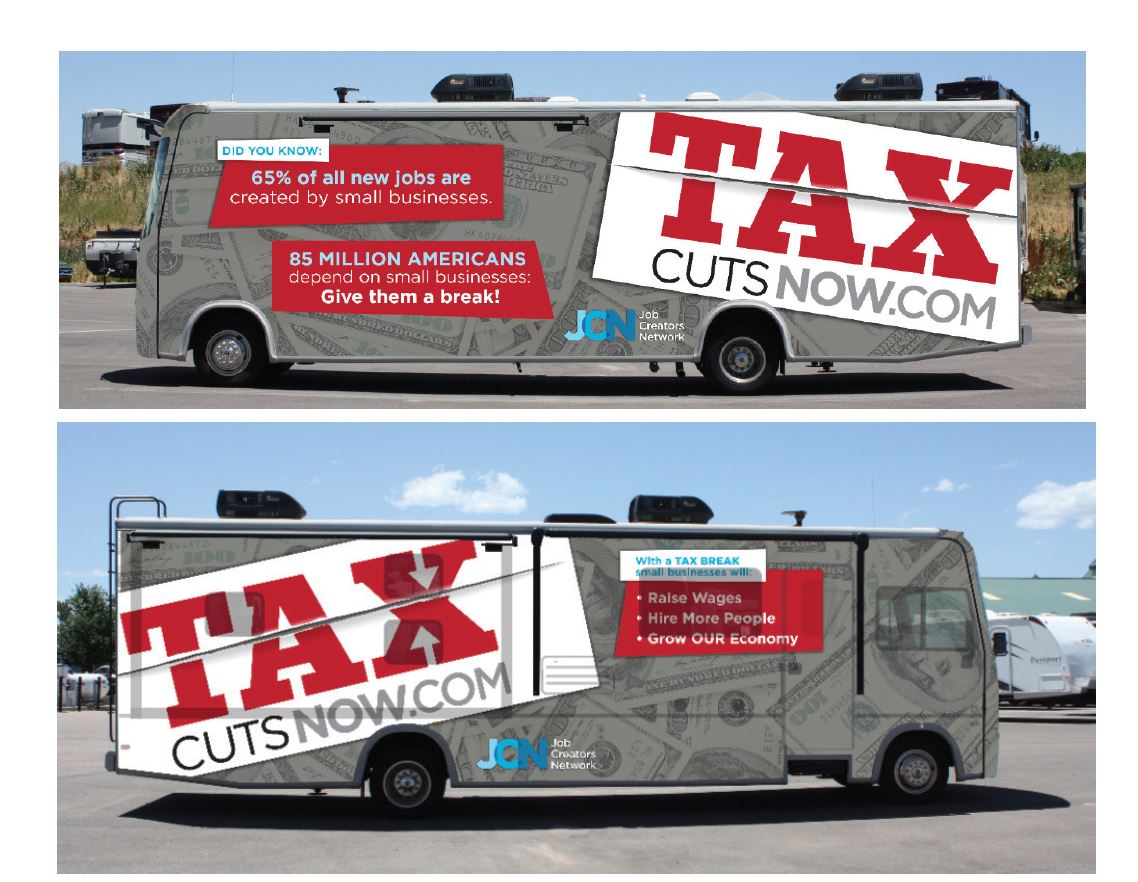 TaxCutsNow.com also lists the locations of the bus tour, and will feature highlights of the campaign.