First lady Melania Trump welcomed room after room of crafting children to a White House fully adorned on Monday morning with trimmings of the Christmas season. 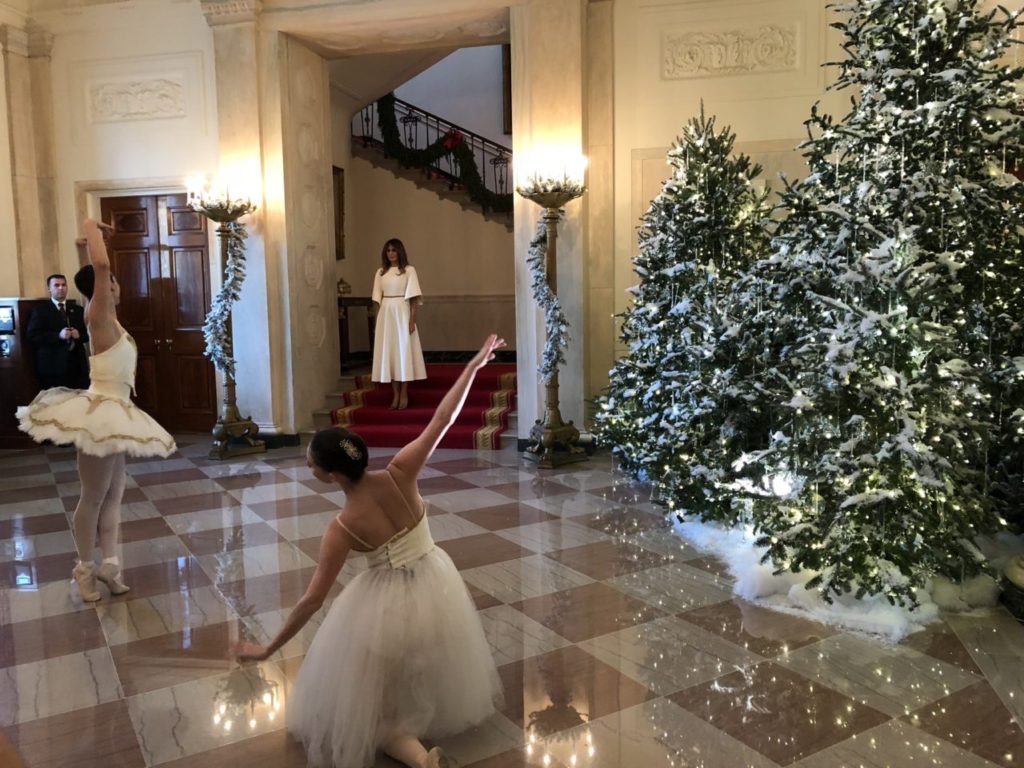 After watching the dancers perform from the entry and into the hall, Mrs. Trump walked down to the State Dining Room, where three tables of children were decorating small wreaths. One young girl handed her wreath to the first lady, who held it up and remarked, “So beautiful”: 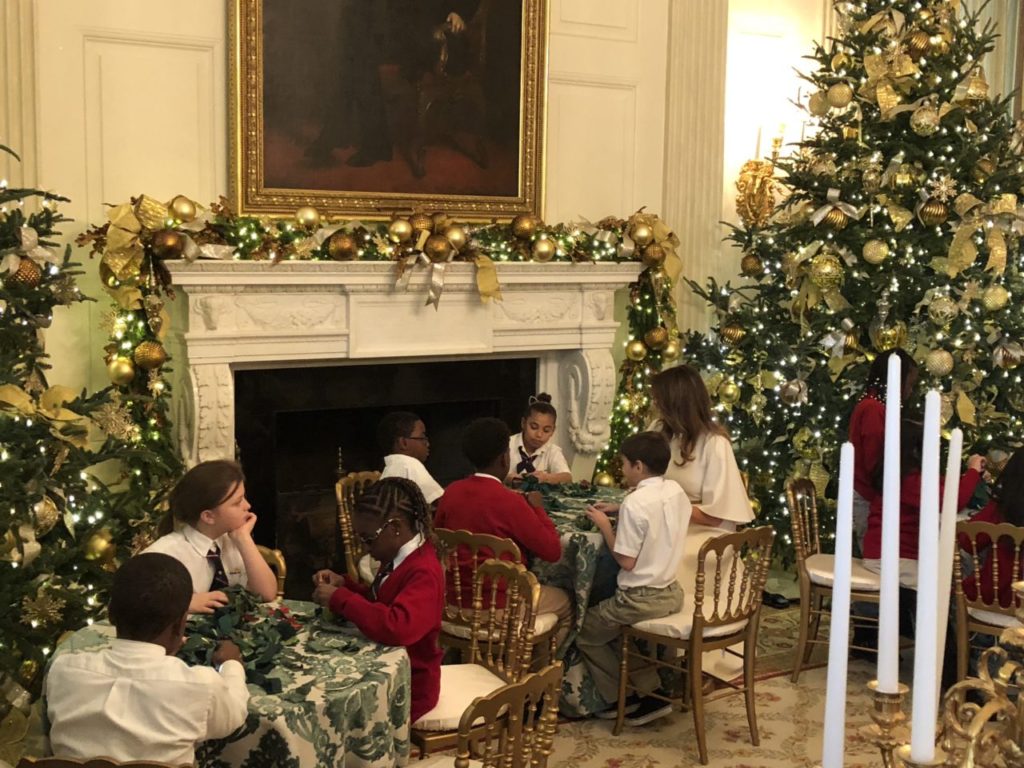 She spent time with the children in each White House room she visited, admiring their crafts and engaging with them. They discussed their creations, their Christmas plans, their activities at the White House that day, and they traded a variety of questions: 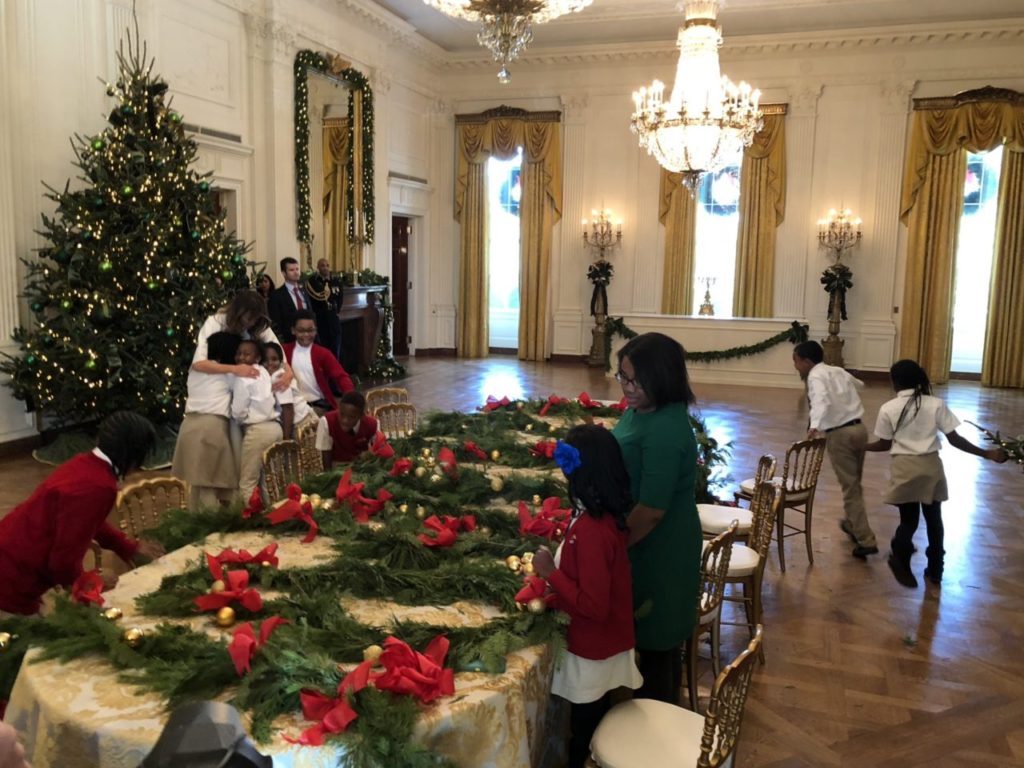 Eagerly anticipating the first lady in the East Room, nine children shuffled around one large table, straightening their evergreen garlands. As Mrs. Trump entered the room, some of the children began hugging her, which sparked others to run from the other side of the table to join in one big hug. She came around and began helping them with the red bows and gold Christmas balls they were affixing to the fresh garlands. They visited for a while before she moved to the next room: 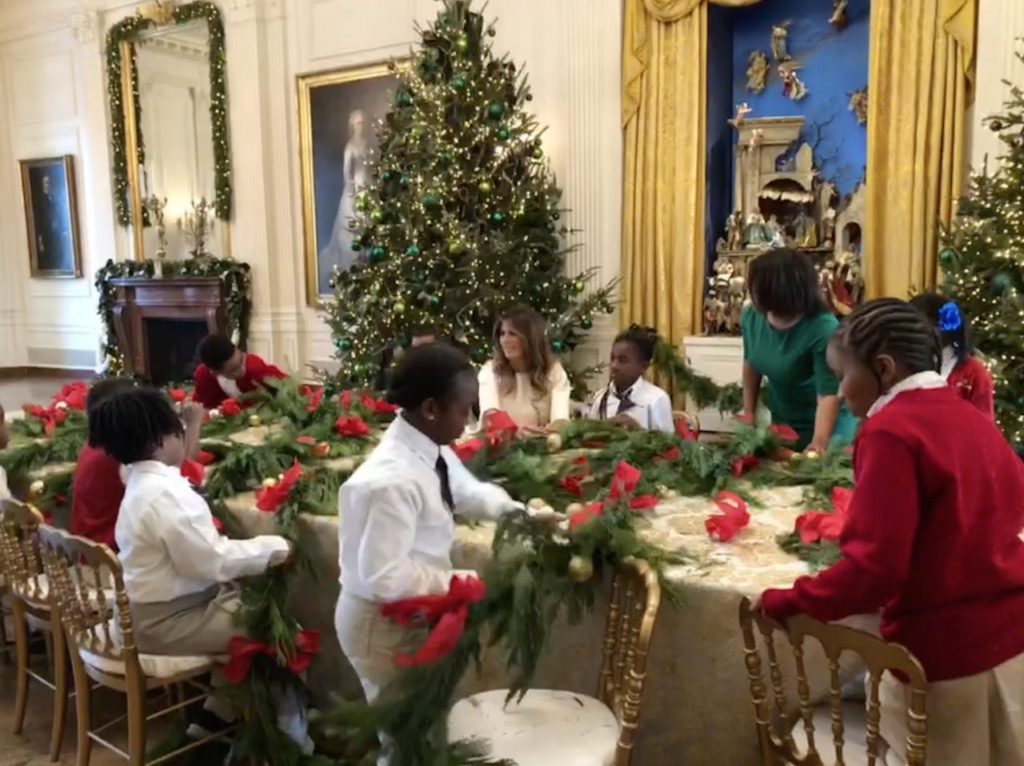 From the East Room, the first lady moved to the Green Room, where children sat at a small table cutting out silhouettes for a craft. One little girl asked her what her favorite animal is, and she responded that it is a lion: 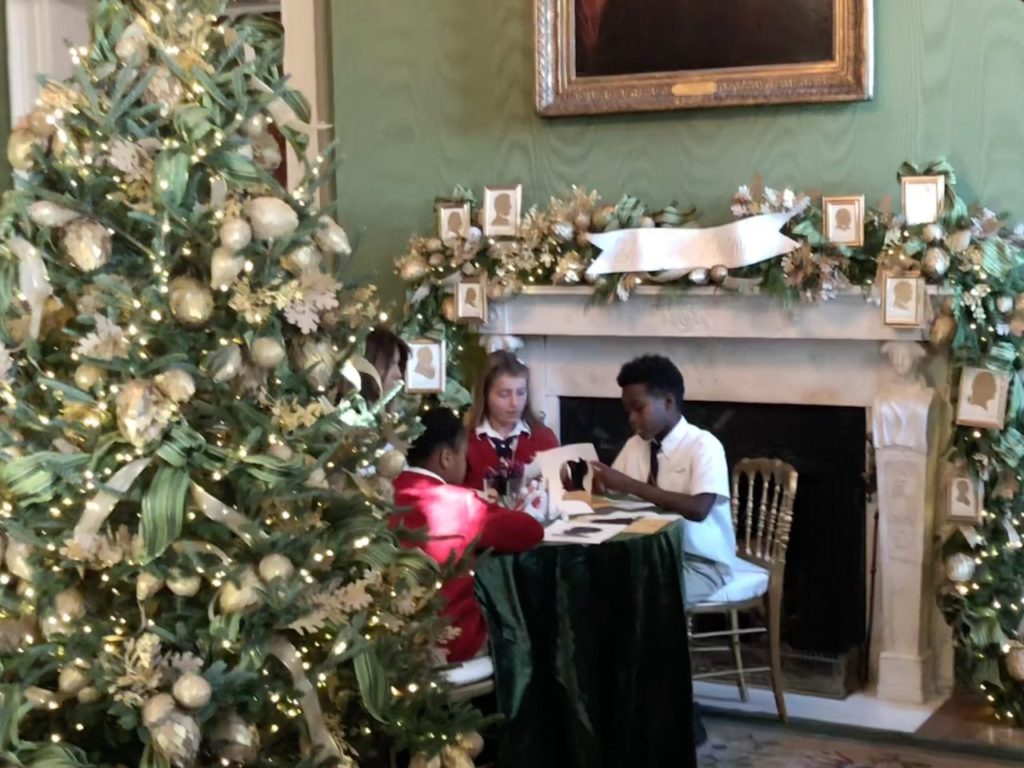 The Red Room was adored with sweet candy treats. Four children sat creating gumdrop trees at a small round table when the first lady entered and joined in. She remarked how yummy the sweets looked and asked them how old they were. The children responded in unison that they were nine years old and told Mrs. Trump that they had never been to the White House before: 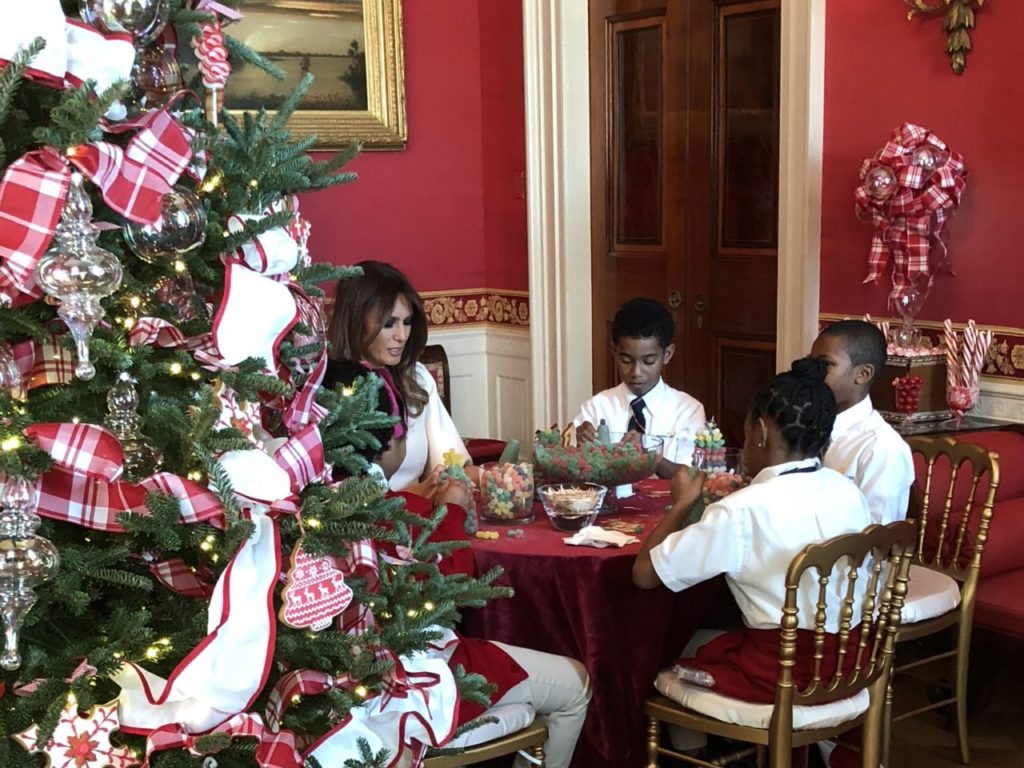 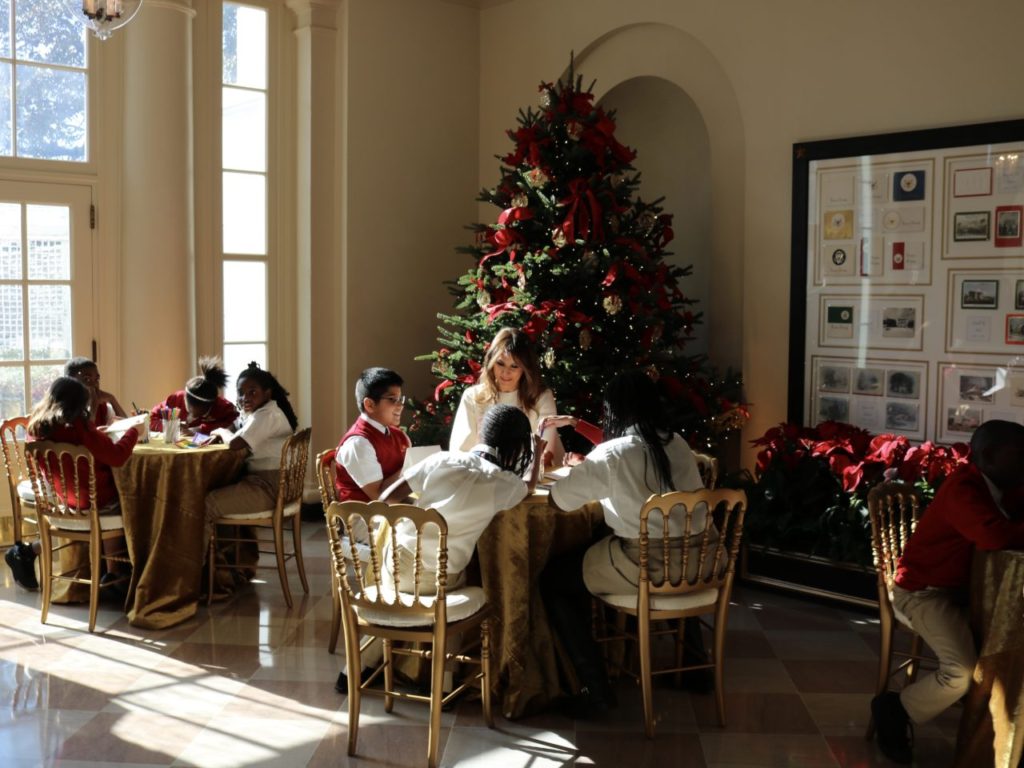 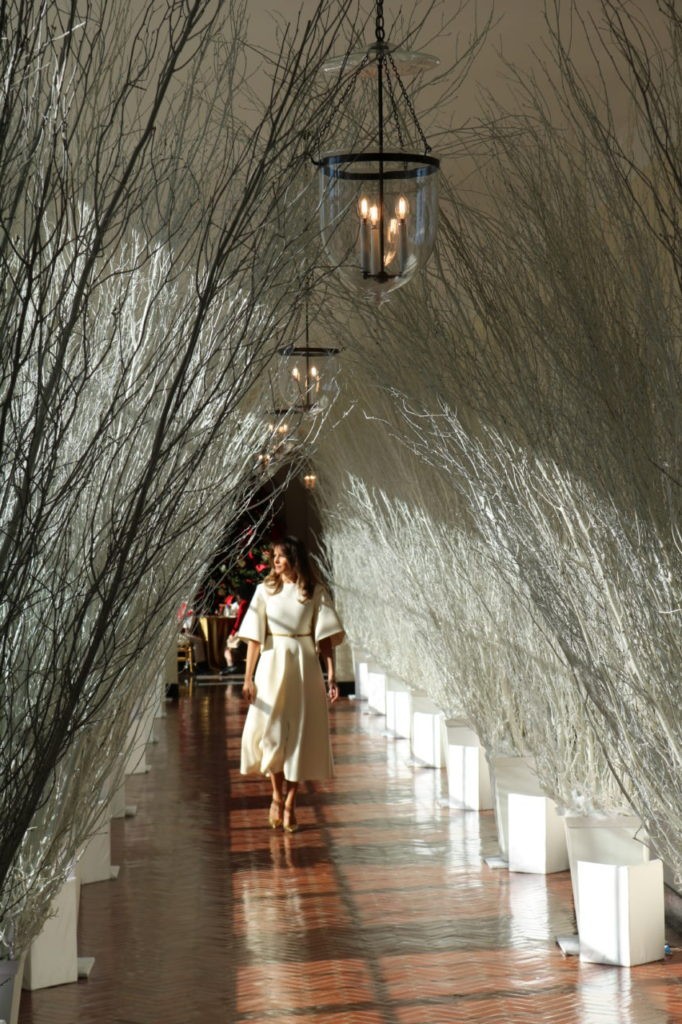 As Mrs. Trump visited a final crafting station in the East Colonnade, a group of children, who were coloring, greeted her. She sat down, and one little girl took a seat on her lap. A young boy then began reading to the first lady a letter he had written to the troops: 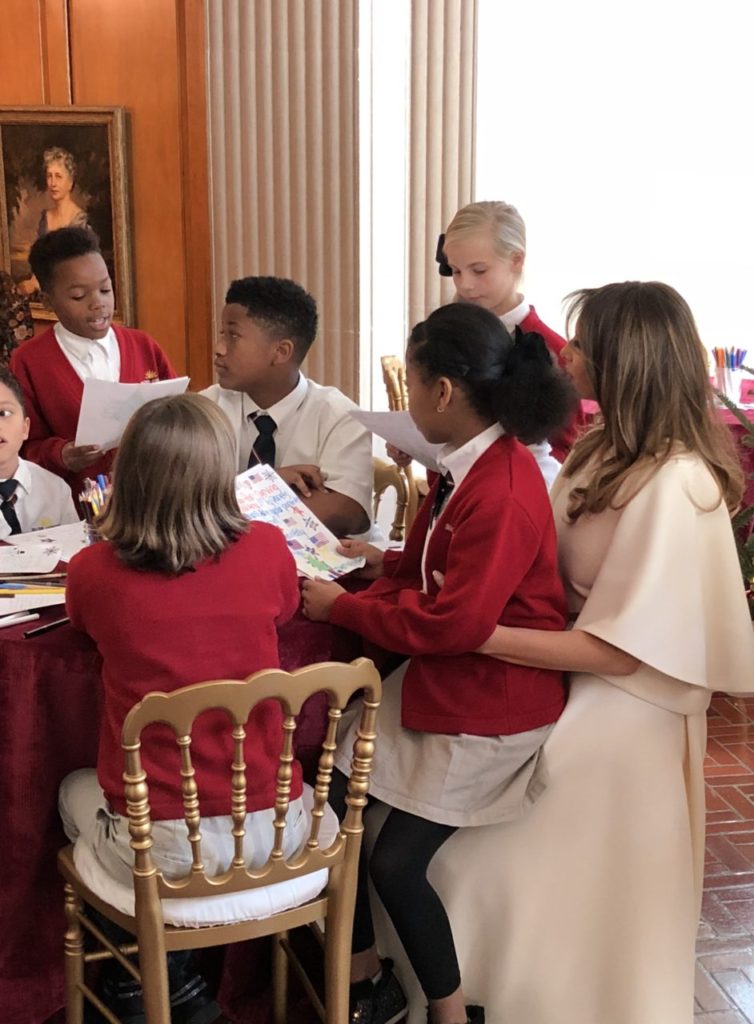