The average American’s life expectancy dropped between 2015 and 2016 as the epidemic of U.S. citizens overdosing on opioids hit a record high of more than 63,000 deaths in 2016.

The CDC report also revealed that among American deaths caused by “unintentional injuries” — which includes drug overdoses — the death rate increased 9.7 percent in 2016. 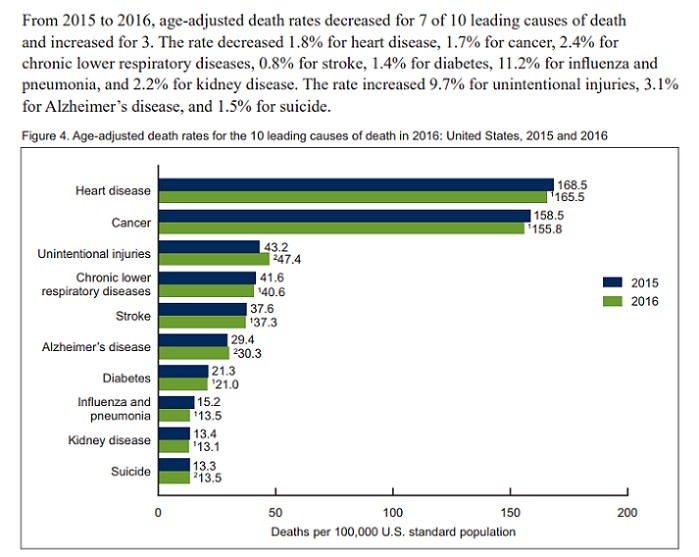 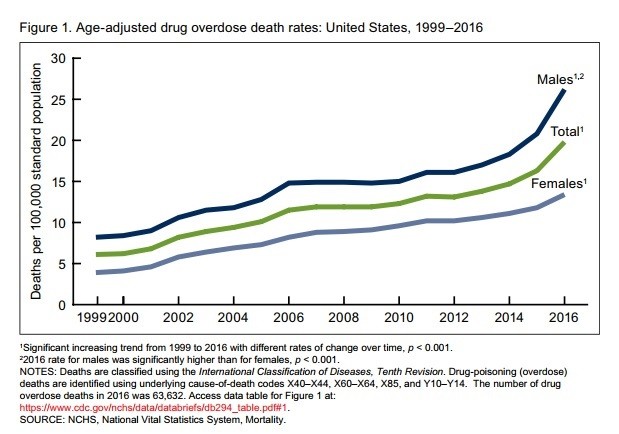 Adults between the ages of 25 to 54-years-old had the highest rates of drug overdose deaths in 2016, with roughly 35 of 100,000 Americans dying due to drugs and opioids.

States with the highest number of drug overdoses in 2016 include: 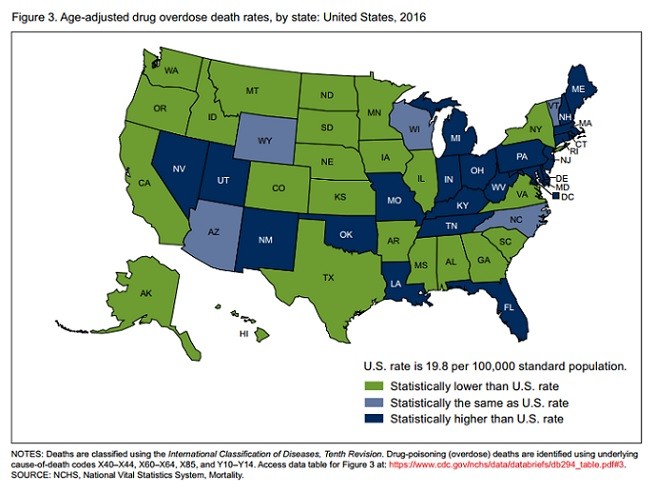 In November, President Trump donated his third quarter salary to the Department of Health and Human Services (HHS) to help fight the opioid crisis in the U.S., which he declared a national health emergency in October.