Since the beginning of Fiscal Year 2018, there have been more than 13,000 Unaccompanied Alien Children (UACs) released and resettled across the United States.

A new report by the Administration for Children and Families reveals that in February 2018, nearly 3,000 UACs have been resettled in the U.S., while more than 2,600 unaccompanied minors were resettled the month before.

In a statement to the media, President Trump’s administration explained how unaccompanied minors are resettled in the U.S. after they cross the border:

“U.S. law currently requires the Department of Homeland Security (DHS) to transfer unaccompanied aliens from Central America, age 17 and under, who are apprehended at U.S. borders to the care and custody of ACF’s Office of Refugee Resettlement (ORR), where they may eventually be released to a sponsor in the United States,” an administration official explained.

“Unfortunately, many violent gangs, including MS-13, are exploiting loopholes in U.S. laws to bring gang members into the United States or to recruit UAC once they are placed with a sponsor,” the official continued. “Human smuggling organizations are also abusing U.S. laws in order to bring children in the United States. That is why ORR joins the President in calling for Congress to close dangerous loopholes in U.S. law.”

During a conference call, senior administration officials said their “hands are tied” when it comes to current U.S. immigration law, which prevents the Immigration and Customs Enforcement (ICE) agency from deporting all border-crossers once they are arrested.

“We do release a lot of people, basically because our hands are tied,” a senior administration official said on Monday.

The Trump administration has repeatedly asked Congress for fixes, but Congress has refused to fix the problem, the official said. 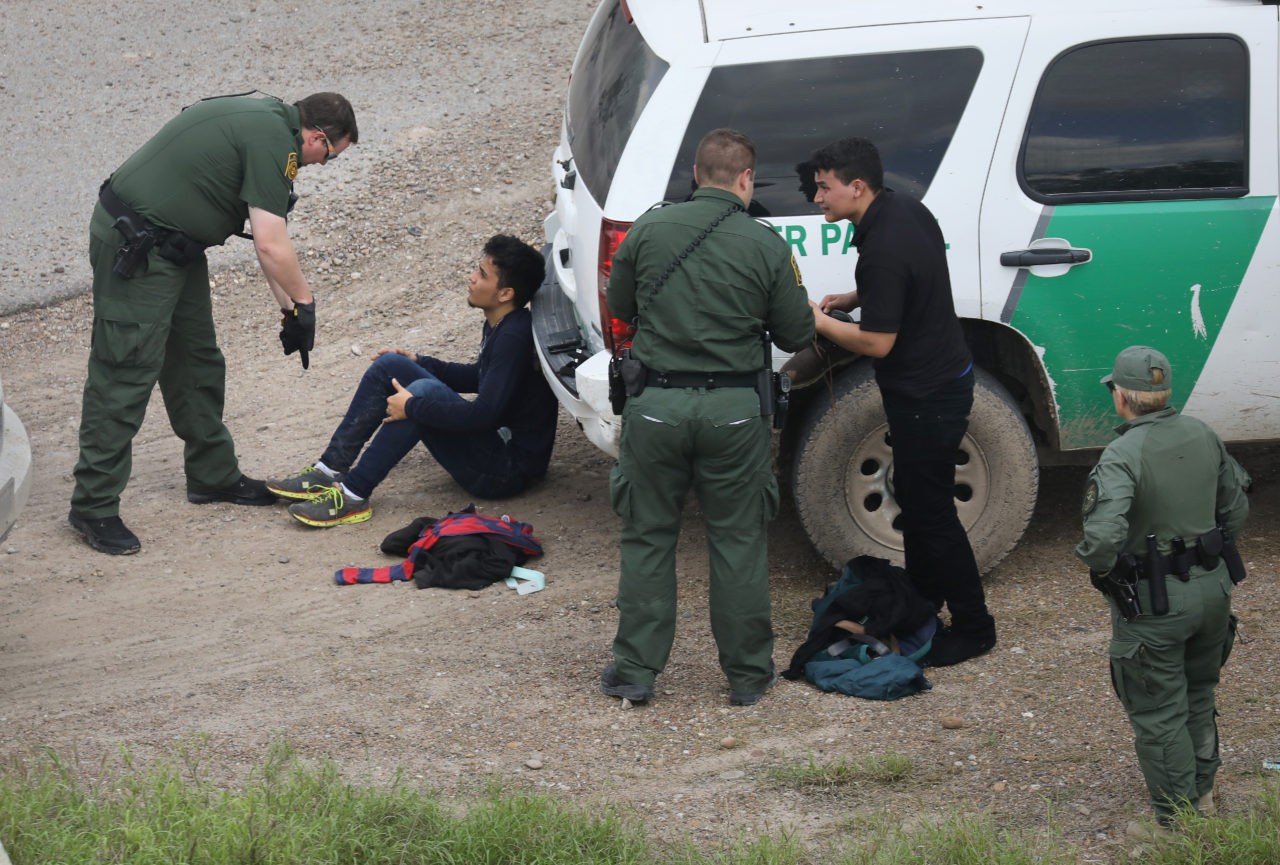 U.S. Border Patrol agents detain two undocumented immigrants after capturing them near the U.S.-Mexico border on March 15, 2017 near McAllen, Texas. U.S. Customs and Border Protection announced that illegal crossings along the southwest border with Mexico dropped 40 percent during the month of February. (Photo by John Moore/Getty Images)

Up to 80 percent of people who claim a “credible fear” of persecution are being allowed into the U.S. to apply for asylum, the official said. Once inside the U.S., many border-crossers disappear to quietly work and avoid court appearances, he said.

Democrats “have relentlessly opposed closing the TVPRA loophole, the Flores loophole, the asylum loophole, the inadmissibility loophole,” a second senior official said. “This is the policy decision that we can continue an unending illegal immigration in the future, presumably to create new DACA classes.”

The increased number of unaccompanied minors being resettled across the U.S. has coincided with the rise of the violent, El Salvadorian MS-13 gang, specifically in regions in Long Island, New York.

For example, last week, ICE officials announced that nearly 100 MS-13 gang members arrested in a recent sting were resettled across the U.S. as unaccompanied minors, as Breitbart News reported.

Under Trump’s administration, the UAC program has continued. For example, in Fiscal Year 2018 thus far, nearly 200 unaccompanied minors have been resettled in Suffolk County, along with almost 280 in Queens County, and more than 115 in Nassau County, despite the regions’ issues with the MS-13 gang.