The Trump administration has said the tariffs on imported goods are necessary to protect American jobs and industries from foreign competition where foreign-made products are sold much cheaper than U.S.-made products, driving U.S. companies out of business.

“This is ridiculous, we should just get rid of all barriers except on things that will hurt people,” Koch told the media, according to ABC News.

“Yeah, it’s unfair. It’s unfair to their people,” Koch claimed of the foreign countries and foreign workers who have been hit with Trump’s tariffs.

Trump’s tariffs have delivered gains for the U.S. steel industry — which had been decimated by decades of free trade. Most recently, Trump visited Granite City, Illinois, where the former steel town announced that, thanks to the president’s protective tariffs, it was rehiring at least 800 American workers who had previously lost their jobs to foreign competitors.

U.S. Steel Manager Neal Whitt credits the success of reopening their Granite City, IL location to President Trump’s dedication to bringing jobs back to America. “I look around here today and I see the smiling faces, we owe that to you Mr. President. Thank you very much.” pic.twitter.com/51nLB08OoO

For decades, the U.S. has maintained a trade deficit in steel products, importing vastly more steel than the country is exporting. Trump says he wants to change this trend with the implementation of his tariffs.

“In 2014, U.S. imports of steel products reached a near-record high of 40.3 million metric tons, only topped by the 41.3 million metric tons imported in 2006,” a federal report notes of the country’s trade imbalance in steel which has cost millions of American workers their jobs in the industry. 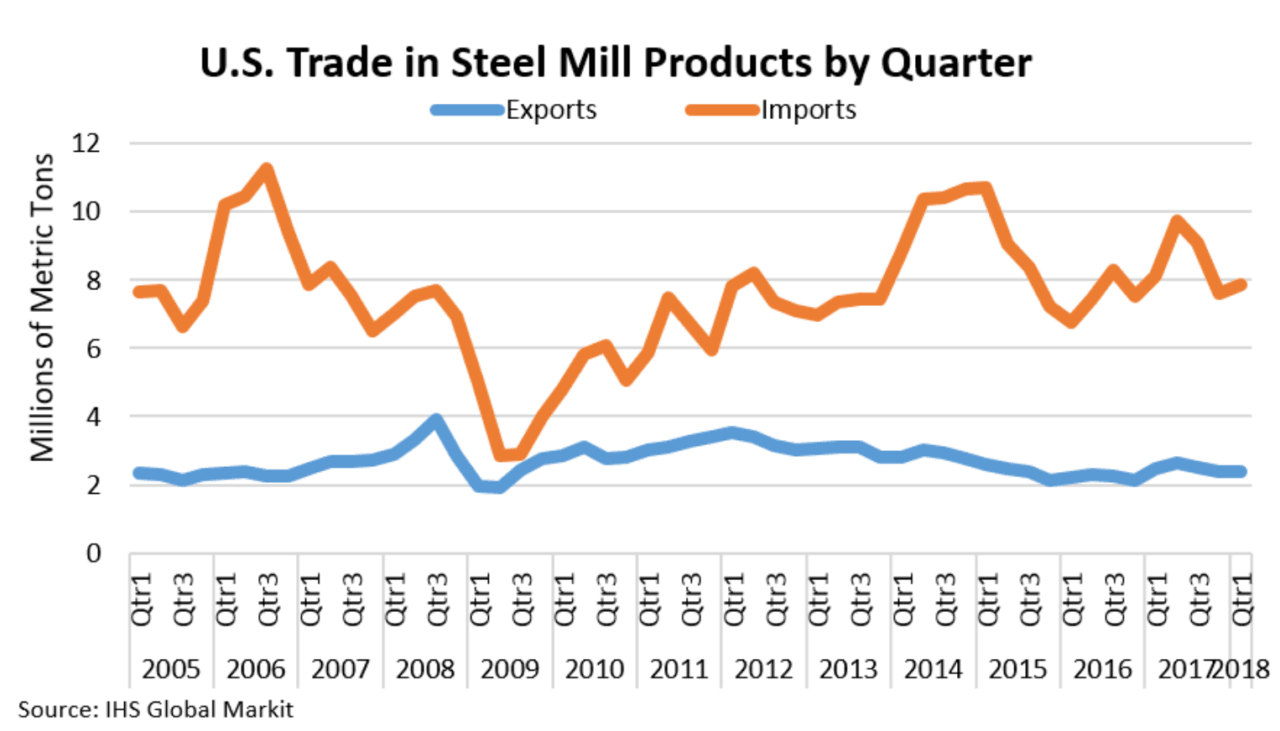 “Immigration and trade debates have come back with incredible force in the last few years,” Thiel said. “The pro-globalization side always deals in incredible abstractions, in theory how this stuff works perfectly, and then the sort of realistic Trump administration version of it is always to point out some of the very specific failings that we have to work on better.”

Researchers with the Coalition for a Prosperous America say for every billion dollars of net imports to the U.S., 6,000 American jobs are eliminated in the economy.

The Kochs’ free trade absolutism is vastly opposed by Republican and conservative voters, who are the most likely to support tariffs to protect American jobs and industries.

"About 60 percent of black Americans said in a recent poll that free trade has spurred massive job loss in America, holding the most unfavorable views of free trade of any demographic group in the U.S."https://t.co/9ypF2H3wUx

The latest Morning Consult Poll revealed about 71 percent of voters say cheap overseas labor displacing U.S. jobs has played a “significant role” or “somewhat of a role” in the steep decline in manufacturing employment years ago.

In a June Harvard/Harris Poll, 83 percent of Republican voters say they support tariffs on imported products like automobiles and electronics. Additionally, 81 percent of conservatives said they too supported tariffs, along with 61 percent of Americans living in rural communities.

After the North American Free Trade Agreement (NAFTA) was implemented, American manufacturing employment plummeted with more than 5.5 million manufacturing jobs being eliminated since 2000.

Since 2001, free trade with China has eliminated at least 3.4 million American jobs for U.S. workers, as Breitbart News reported.