The gathering at Freedom Plaza in Washington, DC, on Saturday was a stark contrast to recent rallies where people dressed in black and held signs disparaging President Donald Trump and members of his administration.

The #WalkAway rally featured a sea of red, white, and blue-clad participants, waving flags, wearing Make America Great hats, and even pussy hats made infamous during the Women’s March were transformed into bright red, Trump-supporting headgear.

The success of a weekend of events to support Trump and Republicans ahead of the midterm elections on November 6 even impressed Brandon Straka, the former Democrat who launched the #WalkAway movement five months ago when he posted a video on his Facebook page urging others who are fed up with the failed policies and mob rule mentality of today’s Democrat Party to leave it. 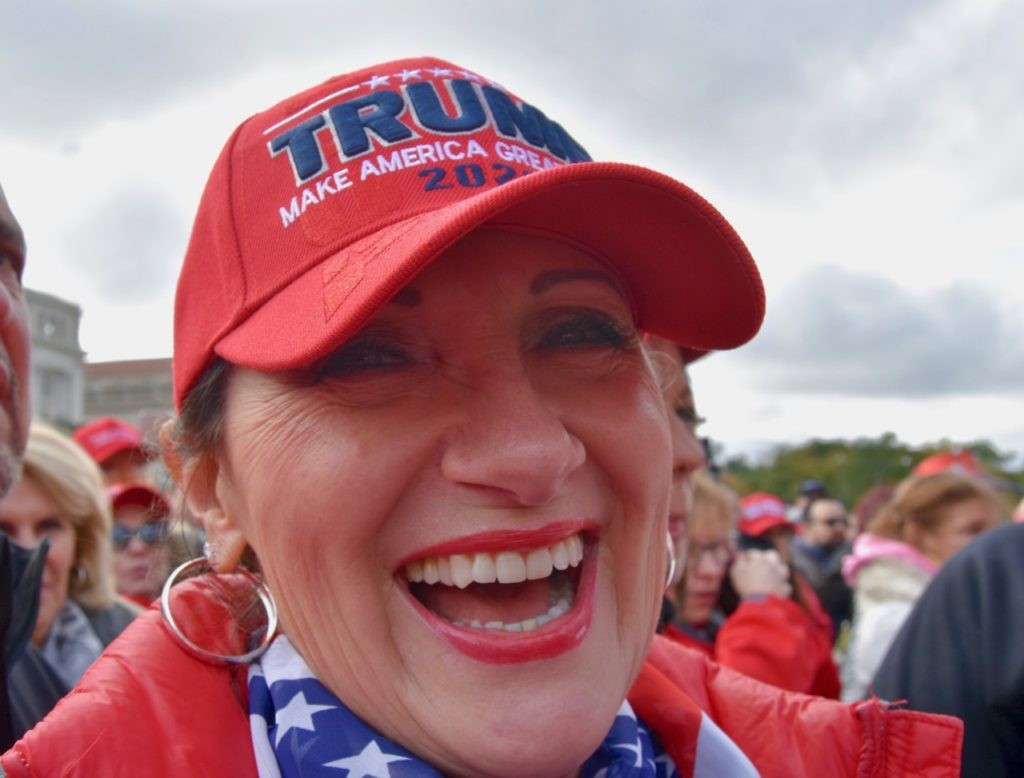 “We planned a really, really amazing weekend that we hope is going to wake a lot of people up — open a lot of people’s eyes,” Straka said, adding that, no, he could not have imagined celebrating at Trump International Hotel with hundreds of other #WalkAway liberals and the conservatives who support them, dubbed #WalkWiths, on the eve of the march and rally.

“I definitely did not think when I released my video on May 26 that I would be standing in Trump International Hotel, wearing an ‘I love Trump’ top hat and tuxedo,” Straka said.

Breitbart News spoke with some of those who have joined the movement and traveled from as far away as California to take part in the D.C. event. 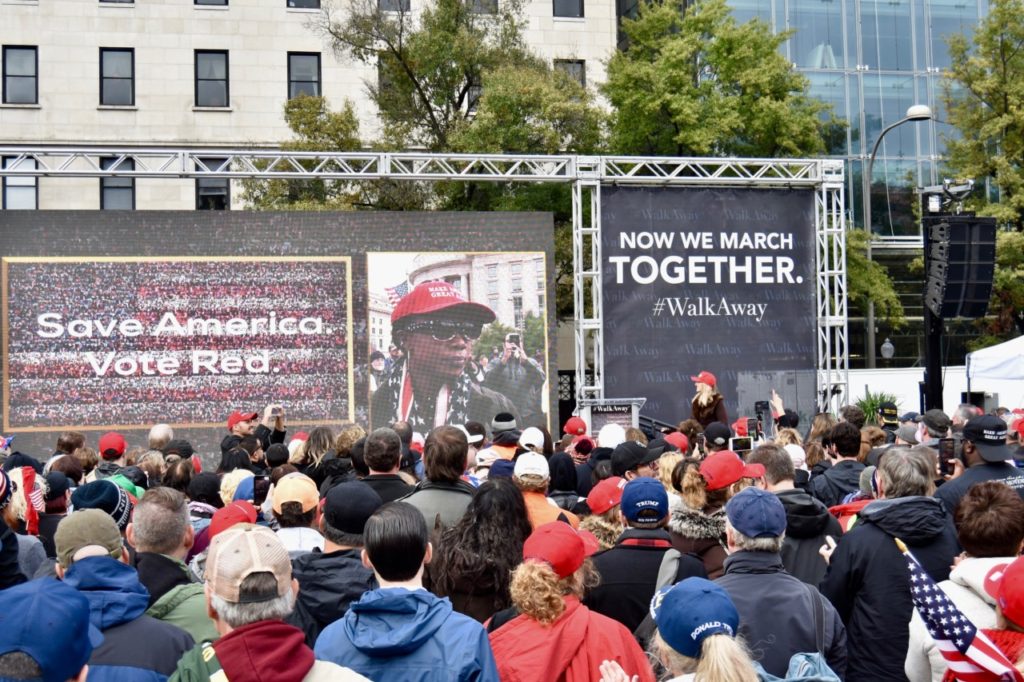 Zach Hing, who spoke at the rally, came from California and confessed he voted for Hillary in 2016 but that “fake news” has since pushed him toward conservatism. He said spending time in communist China growing up also played a role in his conversion from liberal to conservative.

And he’s glad Trump is president.

“Absolutely. People have jobs,” Hing said. “People seem to be happier. There is some common sense now.”

“I never agreed 100 percent of what [Trump has] said but I can stand behind [him], and I can appreciate what the guy has done for the country,” Hing said. “The fact that black unemployment is at an all-time low and that the economy is actually climbing; this crackdown on immigration. Those are things that I believe in,” Hing said. 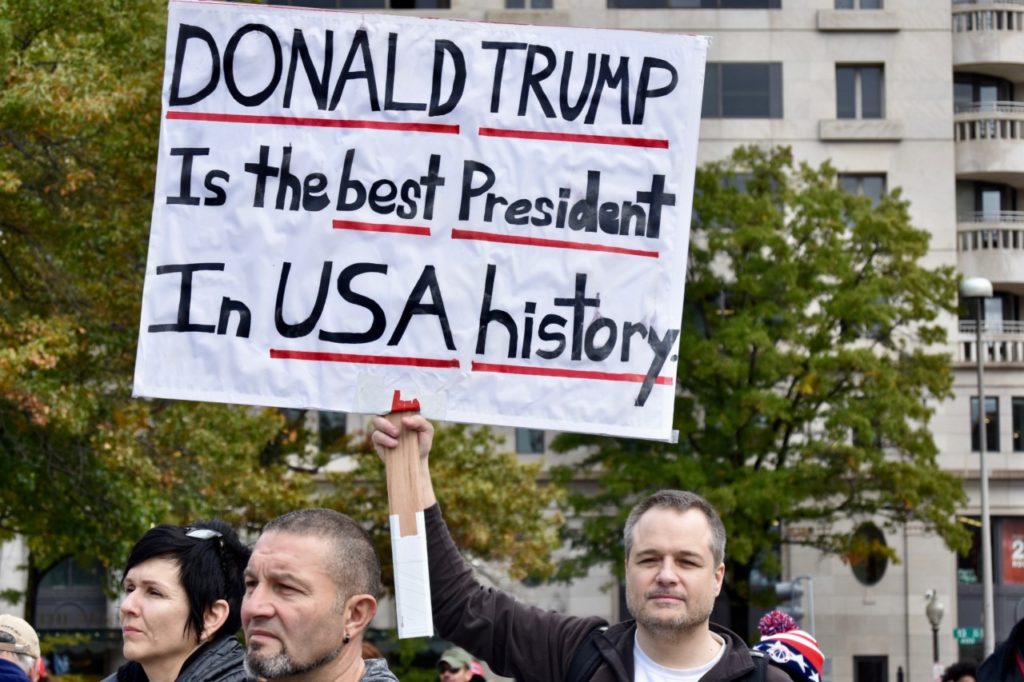 Erwin Bruner of West Palm Beach Florida also traveled to D.C. for the march and rally. He said he is a lifelong Democrat who voted for Barack Obama in 2012,but now he’s a conservative who supports Trump.

“Trump is clear in his message,” Bruner said. “He tells people like it is. He’s not afraid to tell people the truth.”

Amy Angely, a graphic artist who lives in Hagerstown, Maryland, used here skills to help put together the march and rally. She said her father once described her as a “liberal, artsy, lesbian-sympathizing wacko.”

But the Democrats’ victimization message didn’t sit well with her, and after she discovered the #WalkAway movement, she wanted to be a part of it. 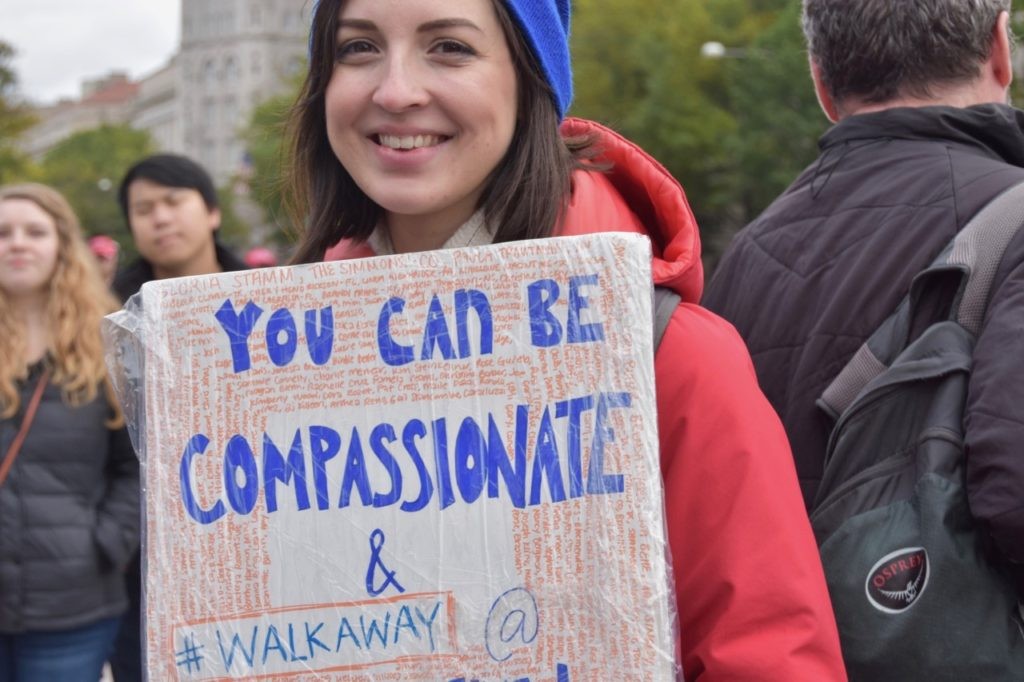 “When #WalkAway came along, and I started to listen to the testimonials I realized that they were saying exactly what I felt,” Angely said.

And she confessed to Breitbart News: “I just voted my first straight Republican ticket in my whole life.”

Those who are diehard conservatives, or #WalkWiths, who want to support those ditching the Democrat Party were also part of the weekend events, including Cheryl Jackson, who lives in Columbia, South Carolina.

“I’m here to support the walk away movement because my motto is #ReachOneTeachOne,” Jackson said. “I was lost at one time, and now I’m found, and so I’m here to mentor anyone who needs my help.”

“I’m a mother and a grandmother, so I feel like I have the credentials,” Jackson said.

Aside from founder Straka, others who spoke at the rally in person or via video included Buzz Patterson – a former Clinton staffer, Stacey Dash, singer Joy Villa, Mason Weaver, Tracy Beanz, Tomi Lahren, and Herman Cain.