The tanks were spotted on a rail car Tuesday by photographers. 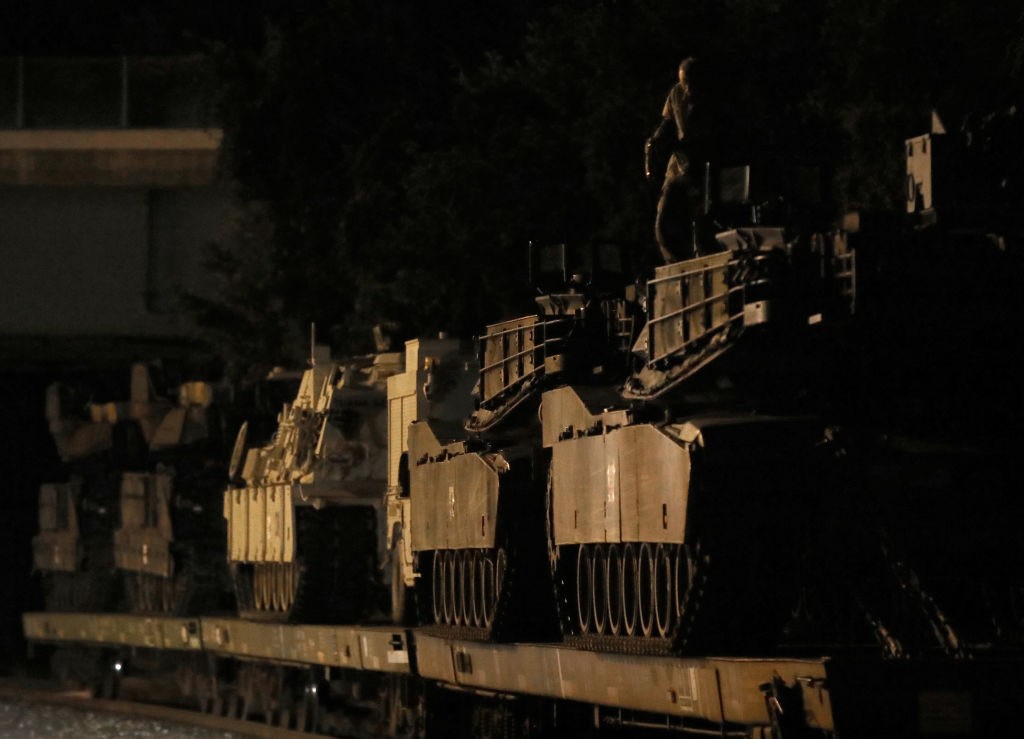 WASHINGTON, DC – JULY 02: Two M1A1 Abrams tanks and other military vehicles sit guarded on rail cars at a railyard in Washington, DC. President Trump has asked the Pentagon for military hardware, including tanks, to be displayed in his 4th of July address to the nation. (Photo by Mark Wilson/Getty Images)

Trump confirmed Monday that he planned to display the tanks at the event.

“You’ve got to be pretty careful with the tanks because the roads have a tendency not to like to carry heavy tanks, so we have to put them in certain areas,” Trump said.

The event will be held on Independence Day on the National Mall. Beginning at 6:30 p.m. EST, Trump will speak followed by military aircraft flyovers and demonstrations.

“We’re going to have a great Fourth of July in Washington, D.C. It’ll be like no other. It’ll be special,” Trump said. “And I hope a lot of people come, and it’s going to be about this country and it’s a salute to America.”