SOUTHERN PINES, NORTH CAROLINA — Angelina Morales was born just nine days before 9/11, and lost her father less than two years later, from the war on terror that would follow.

She was almost two years old when her father, Army Staff Sgt. Orlando Morales, a Green Beret, was killed in Afghanistan on March, 23, 2003 in the town of Gereshk in Helmand Province in southern Afghanistan.

Angelina was too young to remember him — but she wants his legacy of wanting to help people and make a difference live on through her.

Now 18, she has just graduated high school and is headed to Methodist University to get her bachelor’s degree in social work, where she hopes to make a difference in others’ lives. She hopes to get her Ph.D. afterwards.

Angelina credited her “warrior of a mother,” who she said never remarried after her father was killed, and picked herself up and took every opportunity to give her the best life she could possibly have.

But she also credited the Patriot Foundation, an organization dedicated to providing educational scholarships for the children of killed, wounded, or seriously ill soldiers from Fort Bragg, North Carolina; Fort Campbell, Kentucky; and Fort Carson, Colorado. 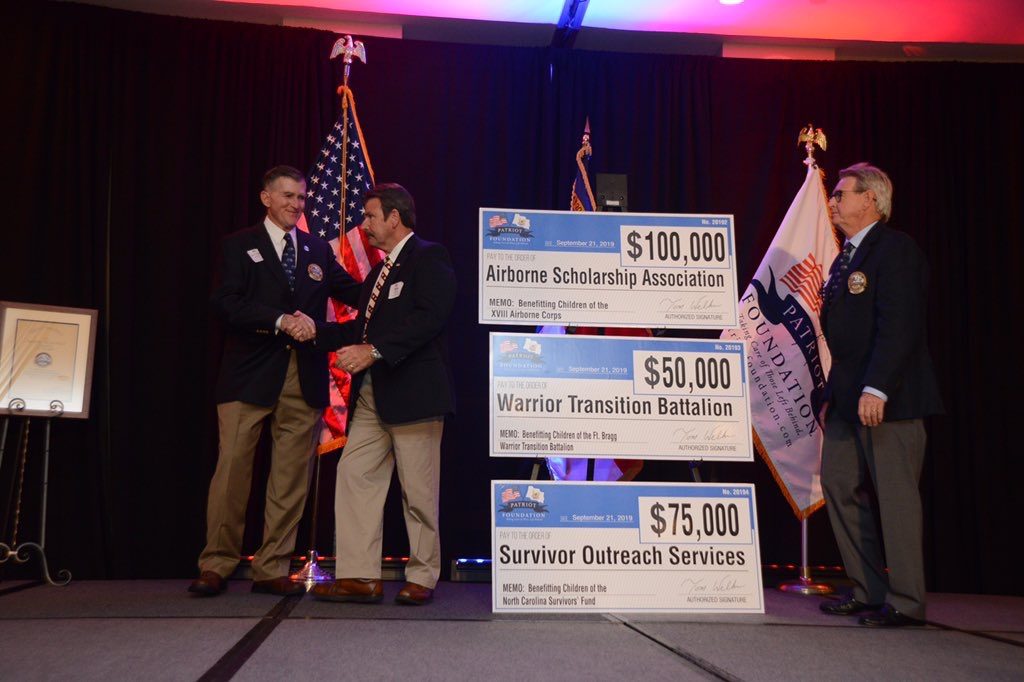 The Patriot Foundation: Rewarding achievement and honoring the men and women who serve their country (Picture courtesy Jason Criss Howk)

“Thanks to their help, the sky was truly the limit for me,” she said, speaking at the 2019 Soldiers Appreciation Dinner on Saturday hosted by the foundation.

Angelina said thanks to the Patriot Foundation, she was able to attend a private school from the fifth to 12th grade, and receive free tutoring and all the school supplies she needed, including a laptop. She said she also received advice on how to best use that financial aid.

She said without the Patriot Foundation, educational achievement would have been “quite impossible.”

She recalled how one day, her bible class teacher mentioned that statistically, children of single parents rank lower in every metric than those who grow up in a two-parent household.

“These words quite literally knocked the wind out of me. He was talking about me. I was one of those people,” she said. “Statistically, a child in a single-parent household is far more likely to experience violence, commit suicide, continue a cycle of poverty, become drug-dependent, commit a crime, and perform below their peers in education.”

“Our fathers made their own legacies. Now it’s our turn,” she said. 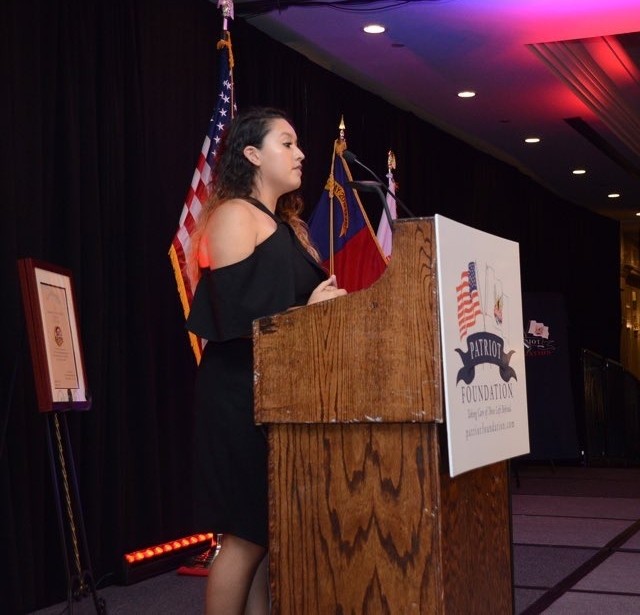 Angelina Morales is the daughter of Staff Sgt. Oscar Morales, a Green Beret who was killed in Afghanistan in 2003. (Picture courtesy Jason Criss Howk)

The Afghan ambassador to the United States Roya Rahmani, who spoke at the dinner, thanked the U.S. military for their sacrifices. “We hold your bravery and dedication up as inspiration as we strive to build a peaceful and prosperous Afghanistan.”

She said under the Taliban, women could not leave their homes without a male escort. Since the U.S. intervention, she said, the number of Afghan women serving in parliament compares to that of Canada and since 2001, more than 100,000 women in rural areas have been elected to serve as representatives on their community development councils. She said today, Afghan women are paragliders and volleyball players.

She said the number of children attending school has increased tenfold and Afghanistan has transitioned from a country with less than 20,000 land line telephones to one where 85 percent of the country had access to cell phones.

“This hope, this vision, that they hold for future opportunity and prosperity is the most effective insurance that we have against hopelessness, violence, and terror.” 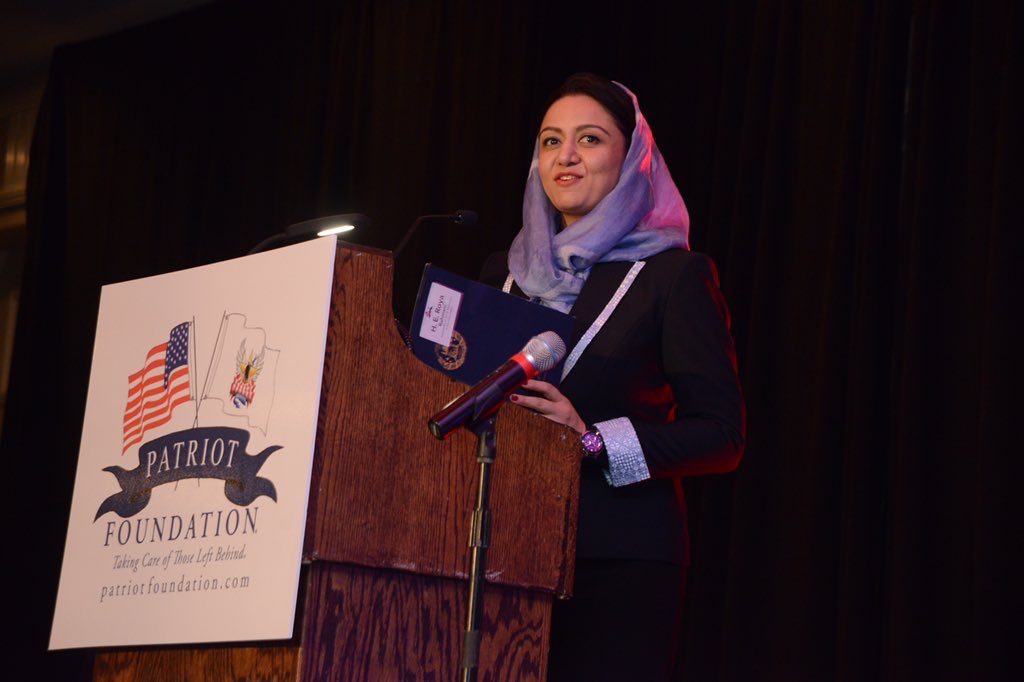 At the dinner, the Patriot Foundation awarded more than $800,000 to a number of organizations that help military families.

Since its founding in 2003, the Patriot Foundation has donated about $6 million dollars in scholarships and assistance to military families. The foundation also provides child care for the families of fallen and disabled soldiers whose surviving spouses need to obtain additional job training and development.

Rep. Richard Hudson (R-NC) lauded the dinner as among the “most special” of the events he attends in his district.

“This is all about the families of those we’ve lost and taking care of them, and keeping promises we’ve made. These patriots come together here, and give their own money to take care of the families of our patriots, and it’s very special,” he told Breitbart News. The dinner also featured a performance from the 82nd Airborne Division Chorus and remarks by retired Army Gen. Dan McNeill, and honored Ed Broyhill and Charley Wallace with the Exemplary Patriot Award and Retired Army Gen. Curtis Scaparrotti as the foundation’s 2019 honoree.

Rahmani called the dinner was a “source of energy and inspiration.”

“The people that I met at this dinner, their dedication and inspiration was very humbling.”

Outside of the dinner were signs bearing the names of 107 fallen Fort Bragg soldiers, made and organized by In Honor Of. 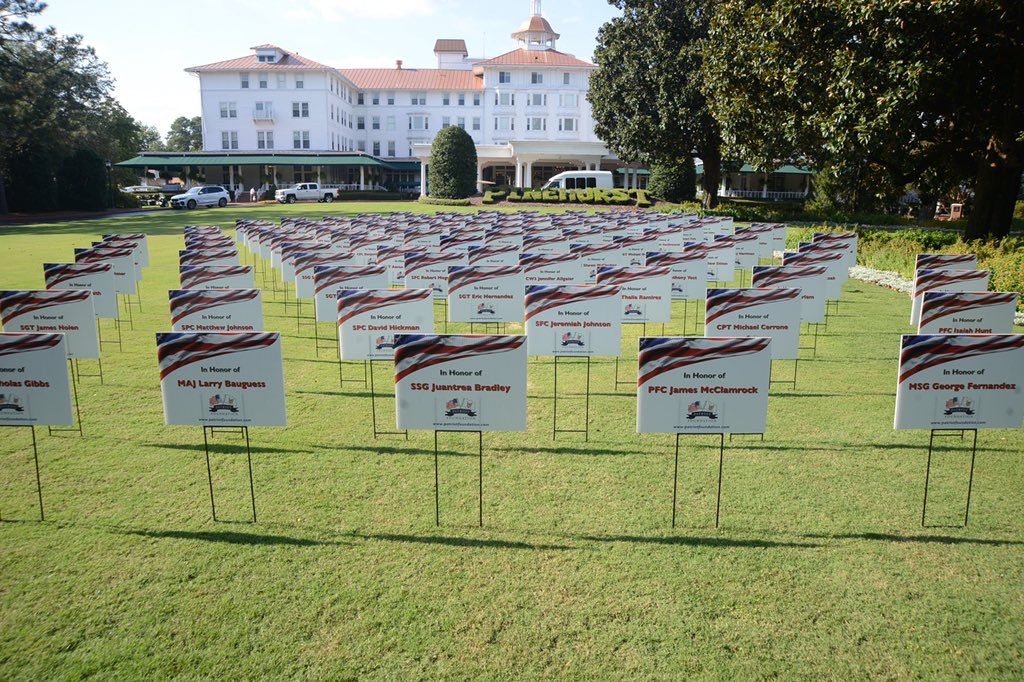