A plan from 2020 Democrats to provide free, American taxpayer-funded health care to all illegal aliens living in the United States would cost up to $23 billion a year, a new study finds.

In June, the majority of 2020 Democrats running for president — including Joe Biden, Sen. Elizabeth Warren (D-MA), and Sen. Bernie Sanders (I-VT) — endorsed a plan that would force American taxpayers to provide free health care to all 11 to 22 million illegal aliens in the U.S. and anyone else who crosses the southern border. 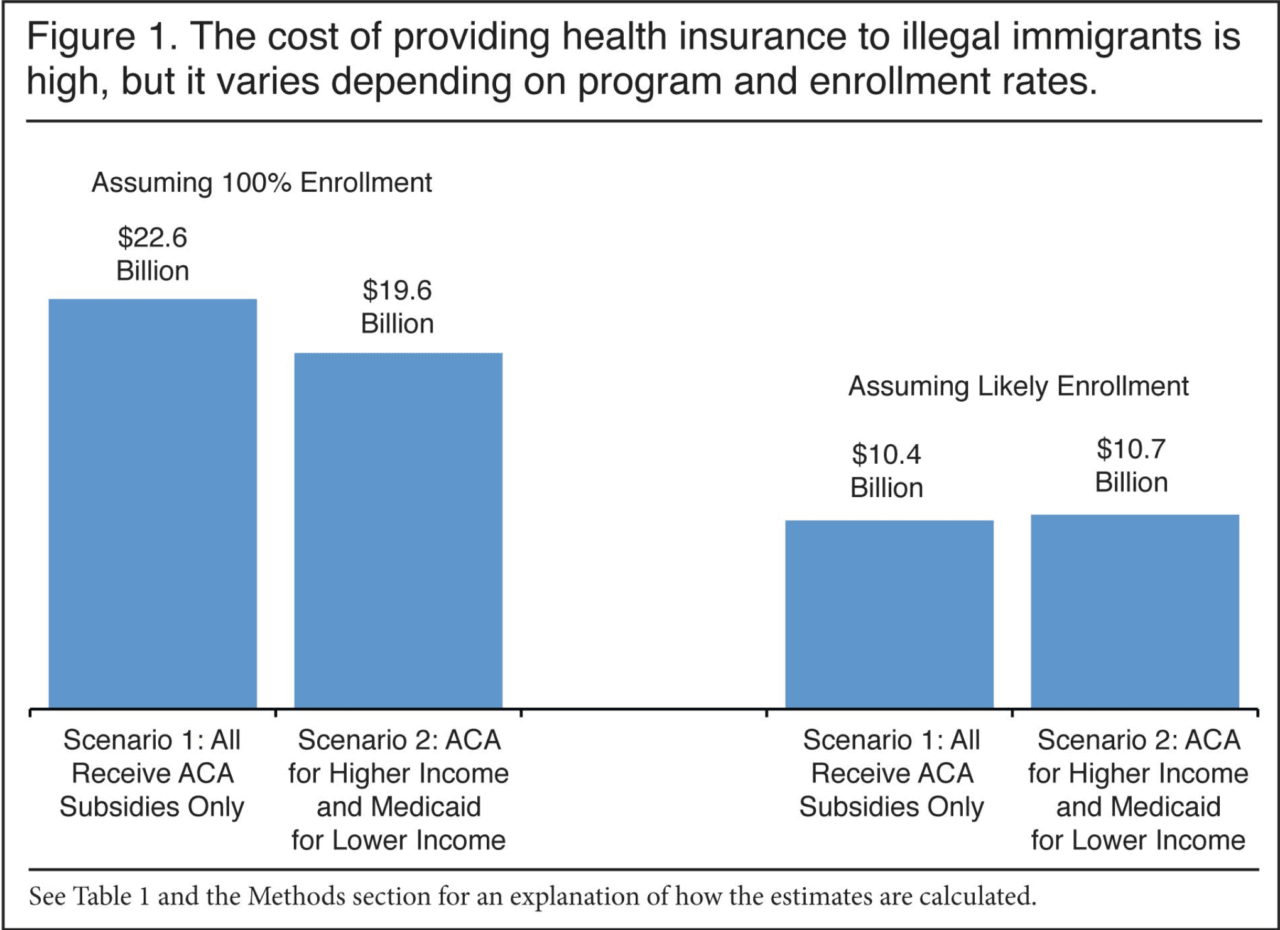 Even if only about five million illegal aliens enroll in federal subsidies for health care, American taxpayers would be forced to foot a $10.4 billion bill every year, CIS researchers conclude. Overall, providing taxpayer-funded health care to each illegal alien costs Americans about $4,600 a year.

Previously, Breitbart News estimated, based on CIS analysis, that providing illegal aliens with taxpayer-funded health care would cost Americans about $66 billion every year and $660 billion every decade. This assumed that every illegal alien enrolled and each cost $3,000 to insure.

While 2020 Democrats have made giving health care to illegal aliens — paid for by U.S. taxpayers — a priority, experts have said that such a policy would drive “strong incentives for people with serious health problems to enter the country or remain longer than their visas allow in order to get government-funded care.”

The latest Wall Street Journal/NBC News poll finds that the 2020 Democrats’ health care for illegal aliens plan is the most unpopular policy position thus far in the race for president with opposition from 62 percent of all likely voters.

Today, Americans are forced to subsidize about $18.5 billion of yearly medical costs for illegal aliens living in the U.S., according to estimates by Chris Conover, formerly of the Center for Health Policy and Inequalities Research at Duke University.