During the second Democrat presidential primary debate on Thursday, every Democrat candidate said they supported giving American taxpayer-funded healthcare to all 11 to 22 million illegal aliens living in the United States.

When asked by NBC News anchors whether their healthcare plans would provide taxpayer-funded free healthcare to all illegal aliens, all 10 Democrats raised their hands in support of the initiative. 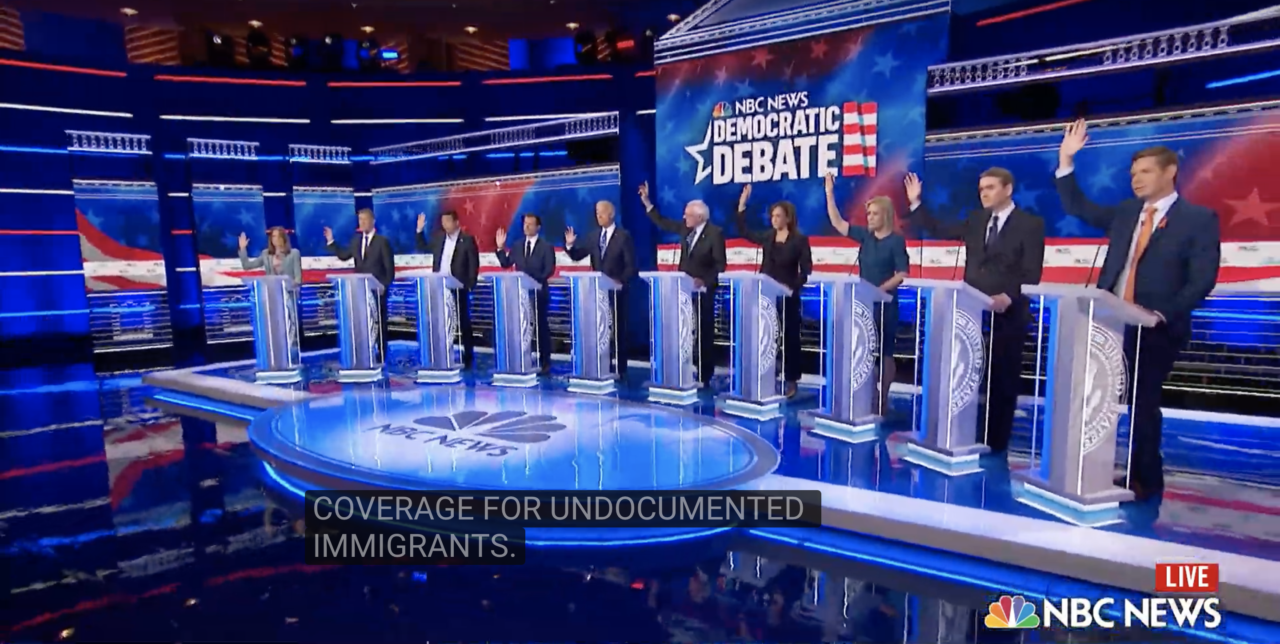 Already, Americans pay about $116 billion to subsidize illegal aliens living in the U.S. — providing them with free education, free healthcare, and public benefits.

Today, American taxpayers pay nearly $20 billion for free healthcare for illegal aliens, according to estimates from analysts at the Center for Health Policy and Inequalities Research at Duke University.