Trump said he was “never a fan” of Weinstein who donated big to Democrats.

Trump indicated Democrats should refund any donations that they received from Weinstein and that he did not really know him very well.

“I was just not a fan of his, I knew him a little bit, not very well, I knew him because he was in New York, not a person that I like,” he said.

Trump recalled that Weinstein boasted that he was going to defeat him.

“How did that work out?” Trump asked.

Trump said he was not familiar with the details of the case, but said that it sent a message to women suffering from sexual assault. 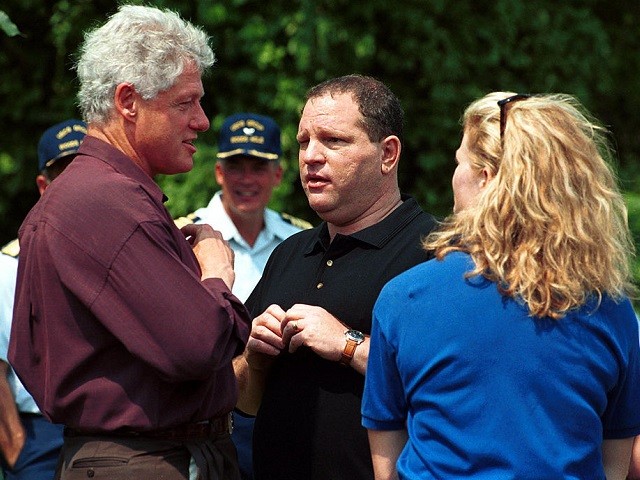 Actress Lena Dunham and journalist Tina Brown claimed they warned Clinton staffers of Weinstein’s behavior with women during her presidential campaign, but she continued to exchange emails with him.

In 2013, former First Lady Michelle Obama thanked Weinstein profusely for appearing at a Film Symposium hosted in the East Room of the White House.

“I want to start by thanking Harvey Weinstein for organizing this amazing day. This is possible because of Harvey. He is a wonderful human being, a good friend and just a powerhouse,” she said. “The fact that he and his team took the time to make this happen to all of you should say something not about at me or about this place, but about you. Everybody here, here because of you.”

Weinstein appeared at the White House complex on 13 occasions during the Obama presidency, according to visitor records.

Nine of his visits were with President Obama himself, including some events together with first lady Michelle Obama, as Breitbart News reported.

Malia, 18, began her internship at the New York City offices of The Weinstein Co. in February of that year, the New York Post reported.