Virginians are convening in the state’s capital on Wednesday to send a pointed message to Gov. Ralph Northam (D), urging him to reexamine what they call his “draconian, autocratic, administrative orders” and demanding him to end the state’s stay-at-home order and reopen Virginia.

Demonstrators gathering in Richmond hope to convince Northam to reexamine his recent decision to extend the stay-at-home order through June 10. Many will be using their vehicles to cause gridlock around the capitol building. 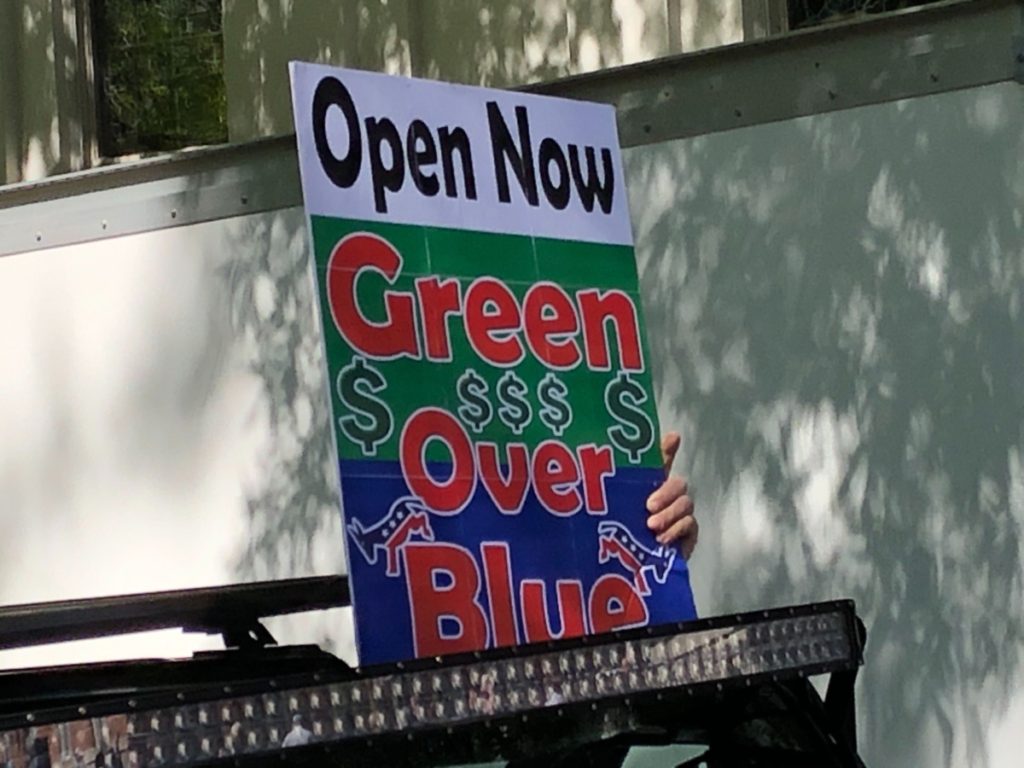 The event’s press release outlines the group’s belief that the governor’s continued lockdown will result in “far greater negative, long-term consequences than those of the short-term Coronavirus outbreak”:

The cure is fast becoming far worse than the disease. While the government’s Coronavirus projections are continually being revised in a downward trend, the instances of domestic violence, substance abuse, suicides, and other mental health issues are on an increasingly alarming upward trend. As small businesses are destroyed, this will further exacerbate these issues, along with even more catastrophic and widespread problems of increased long-term unemployment, the hopelessness that accompanies such unemployment and the commensurate, exponential increase in homelessness.

The group also warns that the state’s tax base will eventually “collapse” and “further damage the previously excellent economic climate, as businesses shutter, and liquidity and capital dries up, because those business owners are forced to declare bankruptcy, default on large amounts of debt, and will not be able to qualify for business loans for years to come—if ever.” 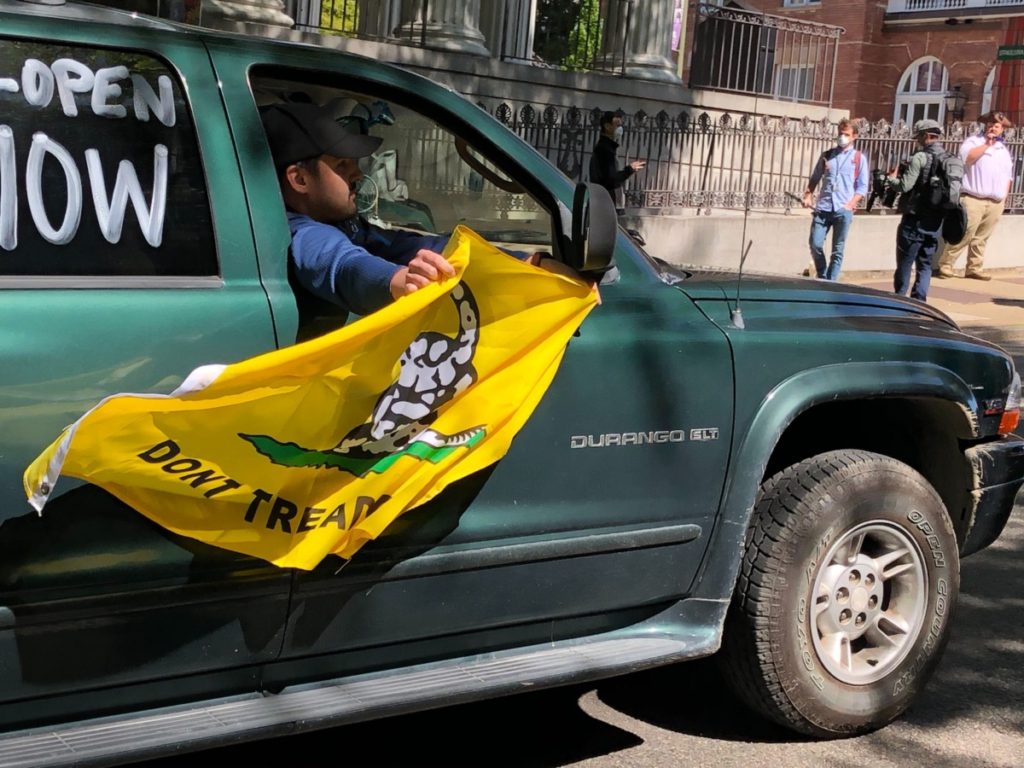 “At the core of all of this is the fact that Virginians have a fundamental right to earn a living, to be able to pay their bills, and to provide for their families,” the release adds. 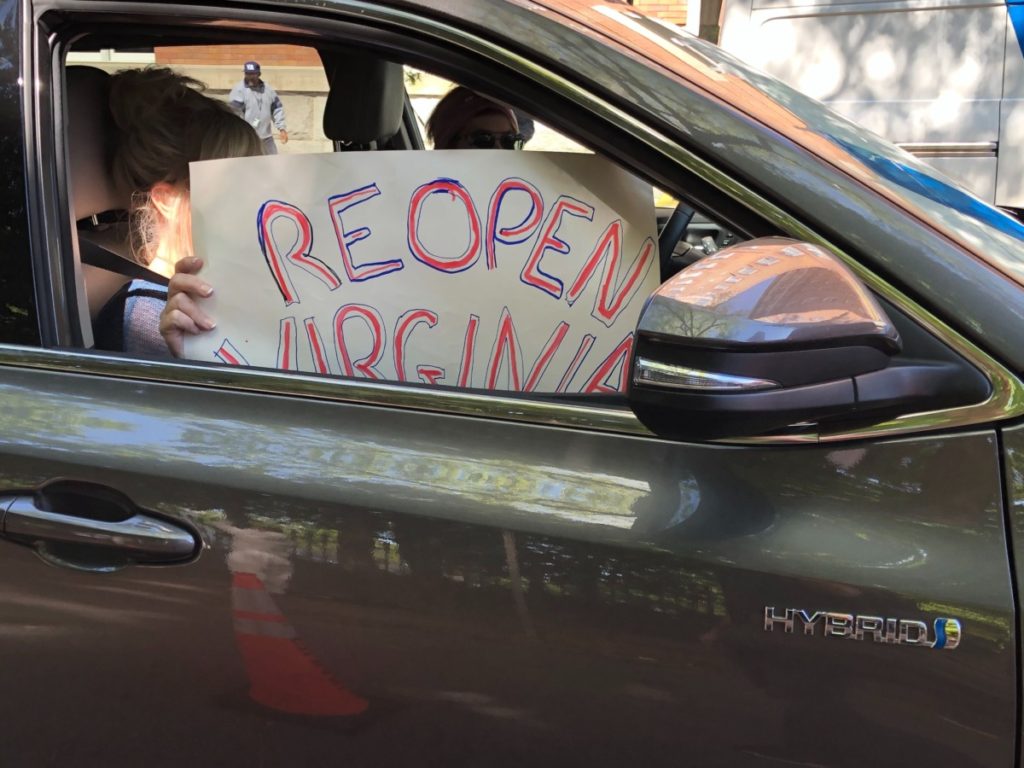 “If Virginians don’t unite to reopen our economy, now, we might not have an economy to reopen, later,” David Britt, a ReOpen Virginia Rally organizer, said. 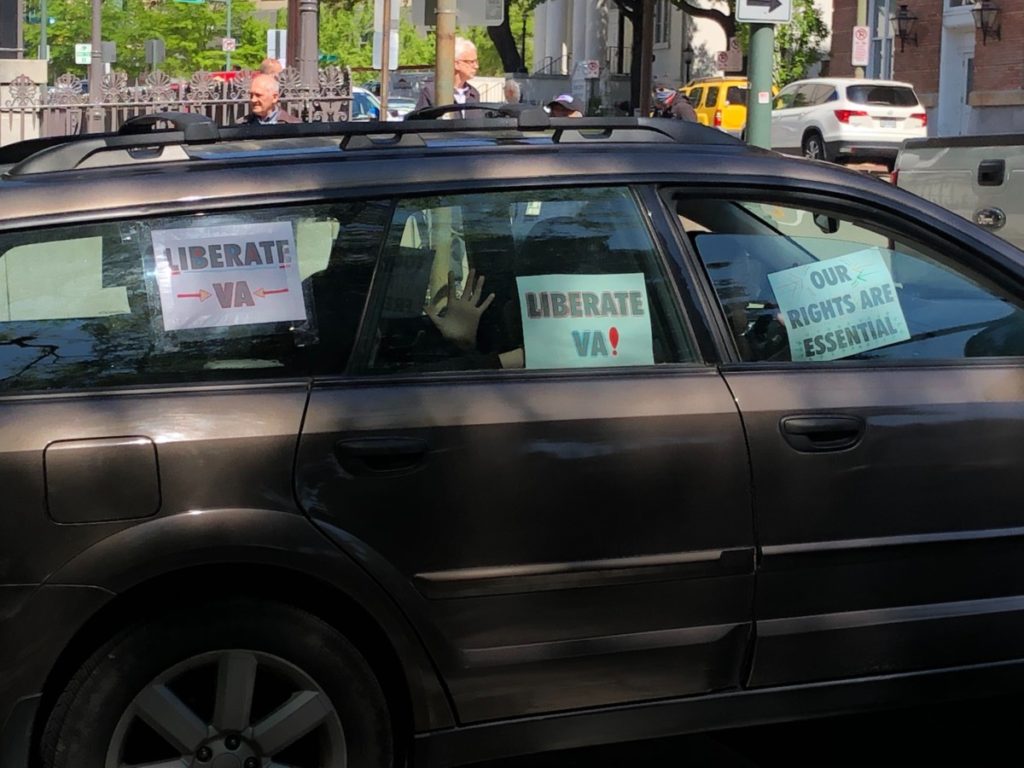