Minnesota Attorney General Keith Ellison once tweeted support for Antifa — the so-called “anti-fascist” group that many blame for the ongoing riots in Minneapolis and elsewhere following the killing of George Floyd last week.

Ellison, who was then a congressman and the deputy chair of the Democratic National Committee, tweeted after a visit to the Moon Palace Books shop in Minneapolis in January 2018: “At @MoonPalaceBooks and I just found the book that strike [sic] fear in the heart of @realDonaldTrump.” He attached a photo of himself holding the book Antifa: The Anti-Fascist Handbook by Mark Bray. 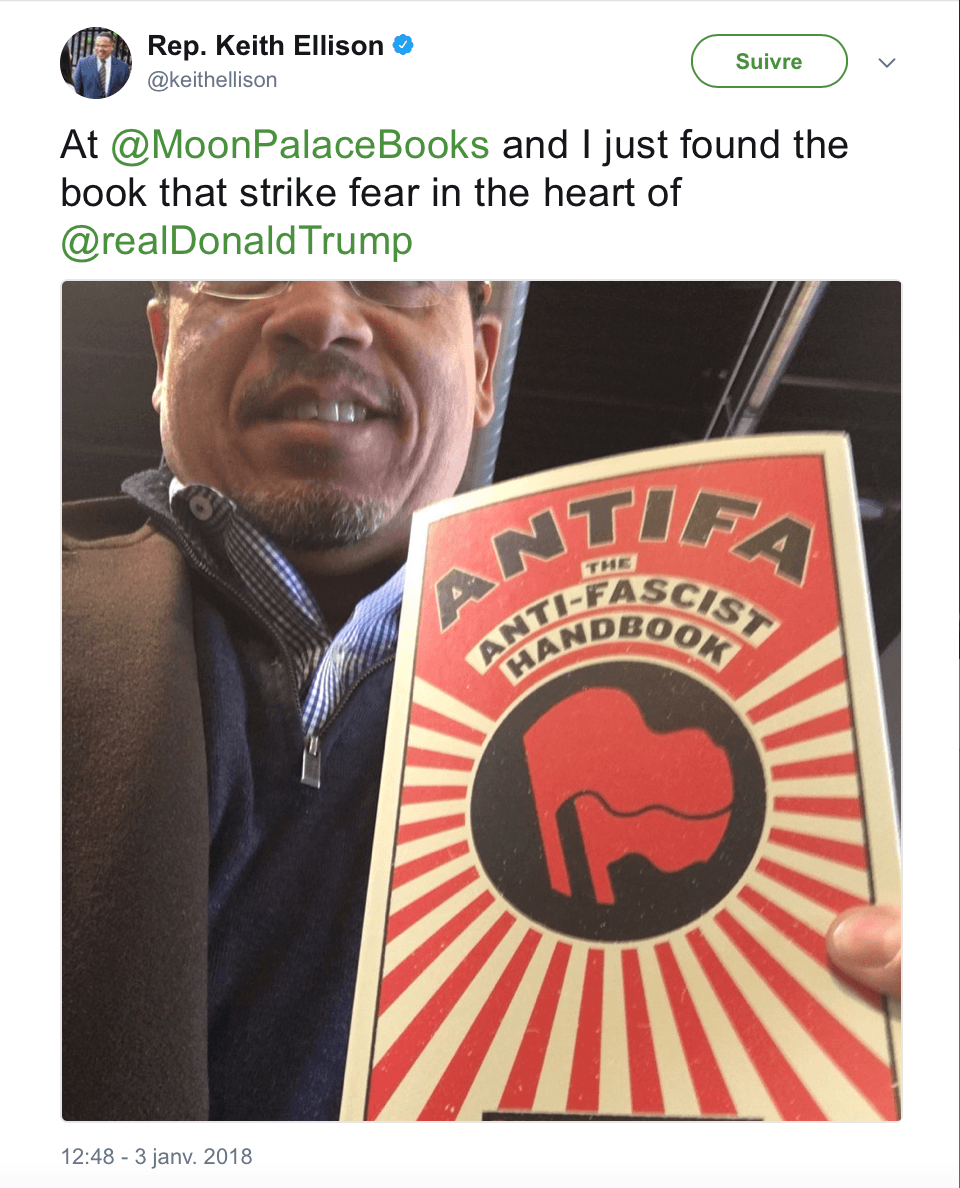 The original tweet appears to have been deleted, but survives at the Internet Archive. It caused enough controversy at the time that local CBS Minnesota published a story about it.

On Friday, as riots raged in Minneapolis and elsewhere, Ellison said: “Martin Luther King [Jr.] said many years ago that riot is the way that the unheard get heard. He didn’t condone it, but he said to the nation — as a person who always protested peacefully — that don’t just dismiss that and ignore it, and relegate it to just criminality and bad behavior.”

Asked by Chris Wallace on Fox News Sunday about the quote, Ellison said that people should consider “the roots of that rage” rather than just considering the riots themselves.

Ellison has faced scrutiny for his past connections to the radical Nation of Islam and its leader, Louis Farrakhan. He wore a T-shirt in Spanish in 2018 reading, “I don’t believe in borders.”