While Andrew Cuomo’s tome became a New York Times best seller, Amazon also gave the governor the honor of making it an “Editors’ pick” in its nonfiction section.

“In case anyone is wondering, Andrew Cuomo’s book is still listed as ‘Editor’s pick’ by @amazon,” political strategist Tim Cameron tweeted Monday. “This helps Cuomo sell more books than it would without the ‘Editor’s pick’ designation, which results in more money paid to Cuomo from his book deal.”

Cuomo’s Book of Lies is still an “Editor’s pick” for “Best Nonfiction” on @amazon. It will be interesting to see how much longer it maintains that status. https://t.co/KpW7sKdaWr pic.twitter.com/UaEO9IX1v7

Andrew Cuomo’s political setbacks began in January after New York Attorney General Letitia James released a report accusing his administration of undercounting the number of Coronavirus nursing home deaths by as much as 50 percent.

The administration has since been accused of a cover-up, which the FBI and the U.S. Attorney are reportedly investigating. 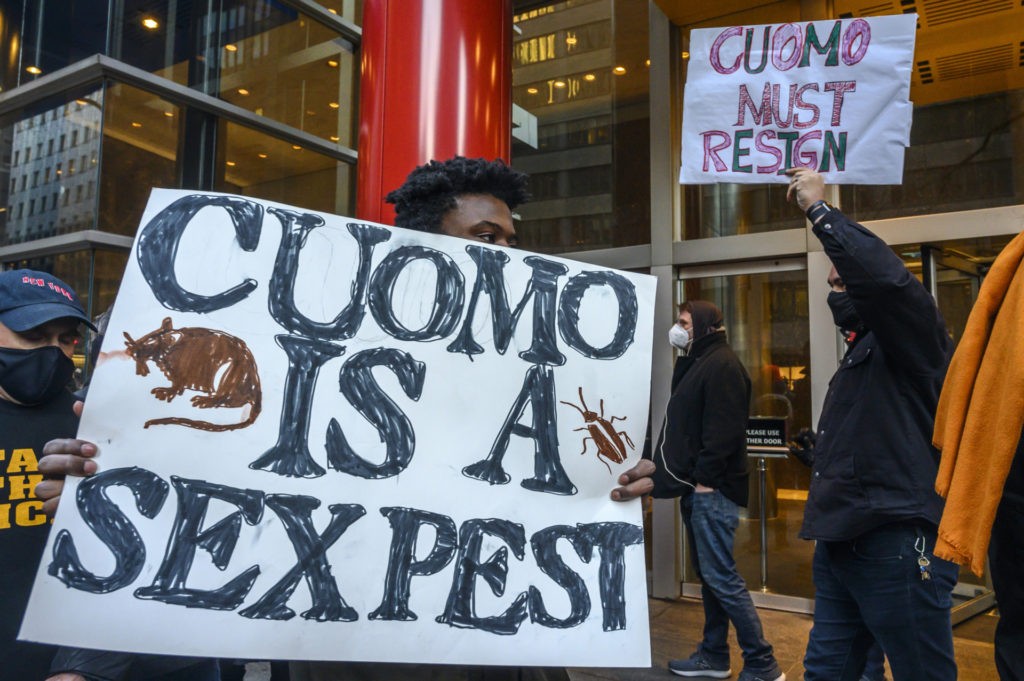 Demonstrators rally for New York Gov. Andrew Cuomo’s resignation in front of his Manhattan office in New York, Tuesday, March 2, 2021. Cuomo has avoided public appearances for days as some members of his own party call for him to resign over sexual harassment allegations. (AP Photo/Brittainy Newman)