California Gov. Gavin Newsom and other state leaders addressed the opening of California’s Task Force to Study and Develop Reparation Proposals for African Americans on Tuesday, stressing the historic importance of the commission.

California entered the union as a free state in in 1850, where slavery was not allowed. Nevertheless, Newsom signed a bill into law last year to study the idea of reparations for slavery for black Americans, using a nine-member commission.

Newsom provided a recorded address, and Attorney General Rob Bonta also addressed the meeting, among others.

A statement on Bonta’s website declares: “The institution of slavery is inextricably woven into the establishment, history, and prosperity of the United States.”

Secretary of State Shirley Weber said that the topic of reparations in California was relevant because of the 100th anniversary of the Tulsa race massacre in Greenwood, Oklahoma, where a middle-class back community was attacked on June 1, 1921

“We were denied an opportunity to prosper in this nation,” Weber said. “What does it feel like to live in a country that never says, ‘I’m sorry’?” she added.

She concluded that “the racism of this country has created an environment that allows … injustice to occur,” and said that racial injustice had continued, making it necessary for California to set an example.

The nine-member commission is largely African American; there did not appear to be any white or Hispanic members. 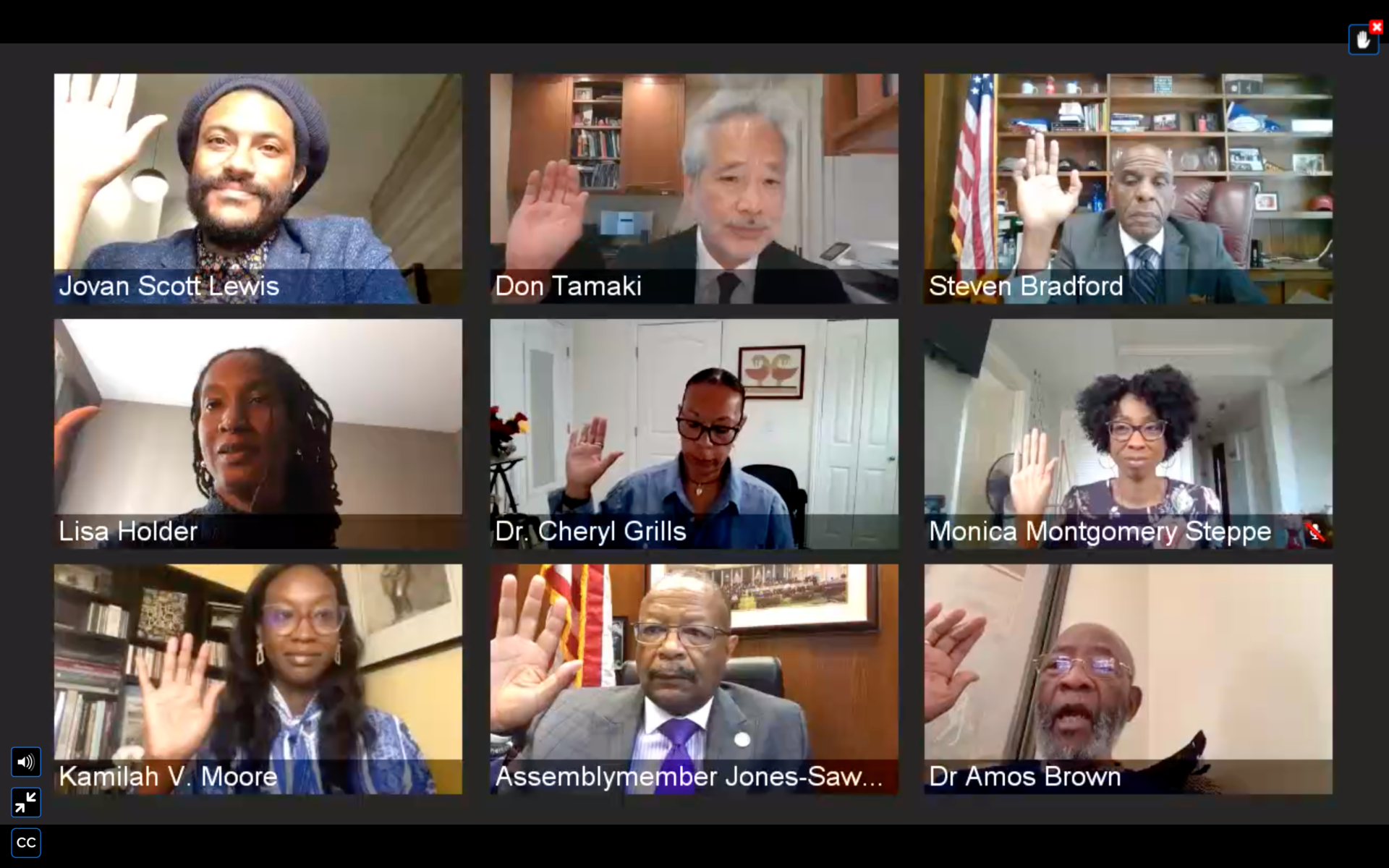 California’s Department of Justice is supplying staff resources to assist the commission in its ongoing inquiries.

State Sen. Steven Bradford (D-Gardena) said that California had a moral obligation to provide reparations, even though it was never a slave state, because, he claimed, African Americans were treated as harshly in California as they were in the post-Civil War South.