Steven Kopits with Princeton Policy Advisors projects that Biden’s “deliberate policy of holding the border open” will invite close to 1.7 million illegal aliens arriving at the border this calendar year — making it the worst year for illegal immigration in American history.

For perspective, a foreign population three times the population of Wyoming is expected to arrive at the border this year.

That figure, Kopits writes, is contingent on a projection where apprehensions at the border “taper off in the balance of the year in a manner similar to 2000” but admits that illegal immigration shows “no signs” of tapering off:

If apprehensions remain elevated near recent levels, both fiscal and calendar year 2021 will enter the history books as records for illegal immigration. By any reasonable measure, only a deliberate policy of holding the border open could achieve such an outcome. 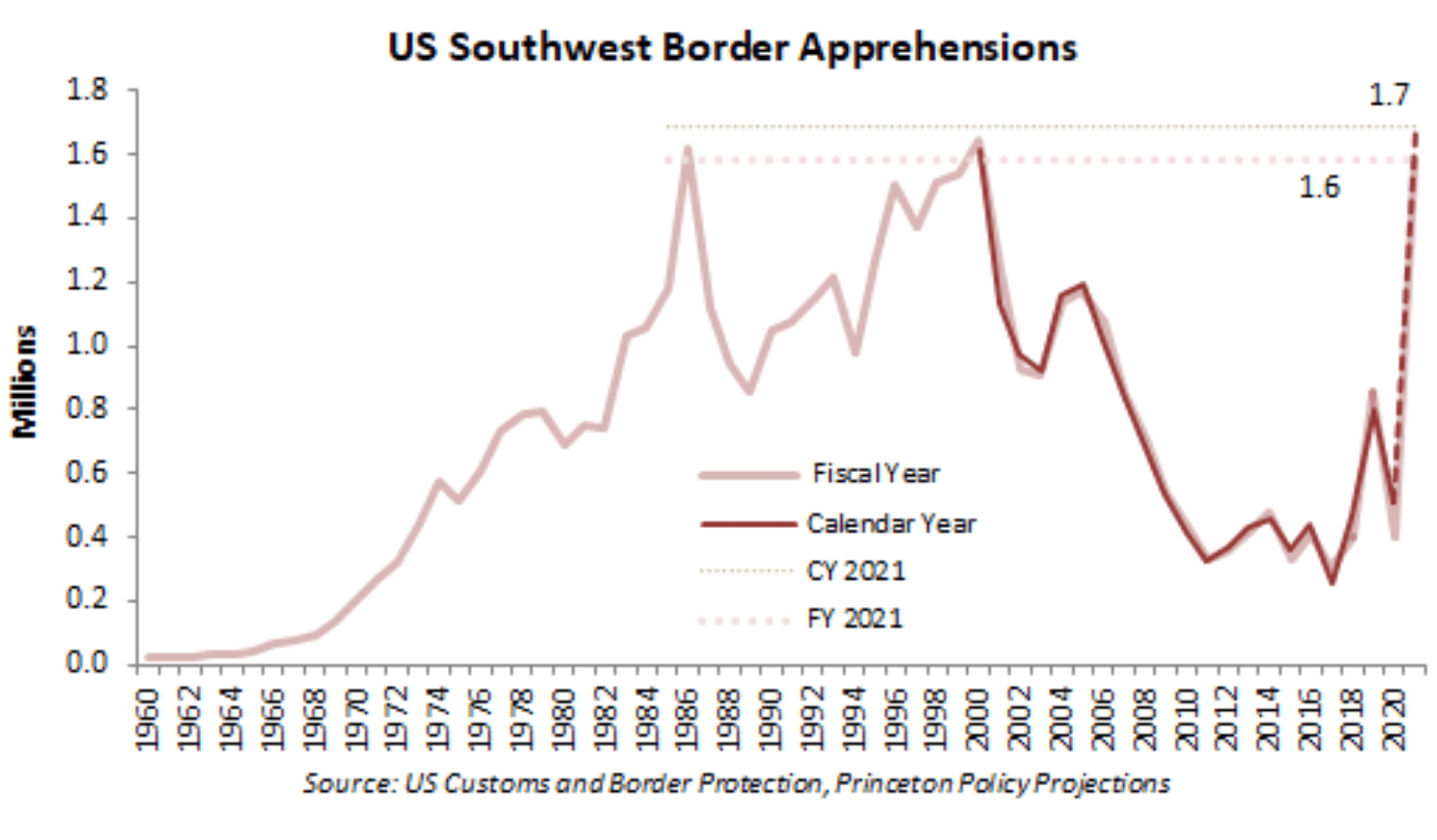 “In any country, a leader has two fundamental responsibilities to the public,” Kopits wrote in his analysis:

The first is the protection of the country from invasion from or conquest by external forces. The second is protecting the public from disruptive internal forces, like crime and terrorism. That the Biden administration would deliberately leave the border open constitutes a fundamental dereliction of duty and is shocking, appalling and an affront to the public. [Emphasis added]

Kopits writes that the Biden administration cannot blame “seasonal patterns” on the continuing wave of illegal immigration, as they have done in the past, because this year’s levels do not match those of the last 21 years. He notes:

In all but two of the last twenty-one years, June apprehensions were below May apprehensions. The case is just the opposite this year, suggesting that extraordinary factors — like an open border — are stimulating continued and counter-seasonal flows of illegal immigration.

Likewise, Kopits compared current illegal immigration levels to those of the year 2000, when President Bill Clinton was in his last year in the White House. The comparison, Kopits writes, “also suggests the administration is holding the border wide open.” 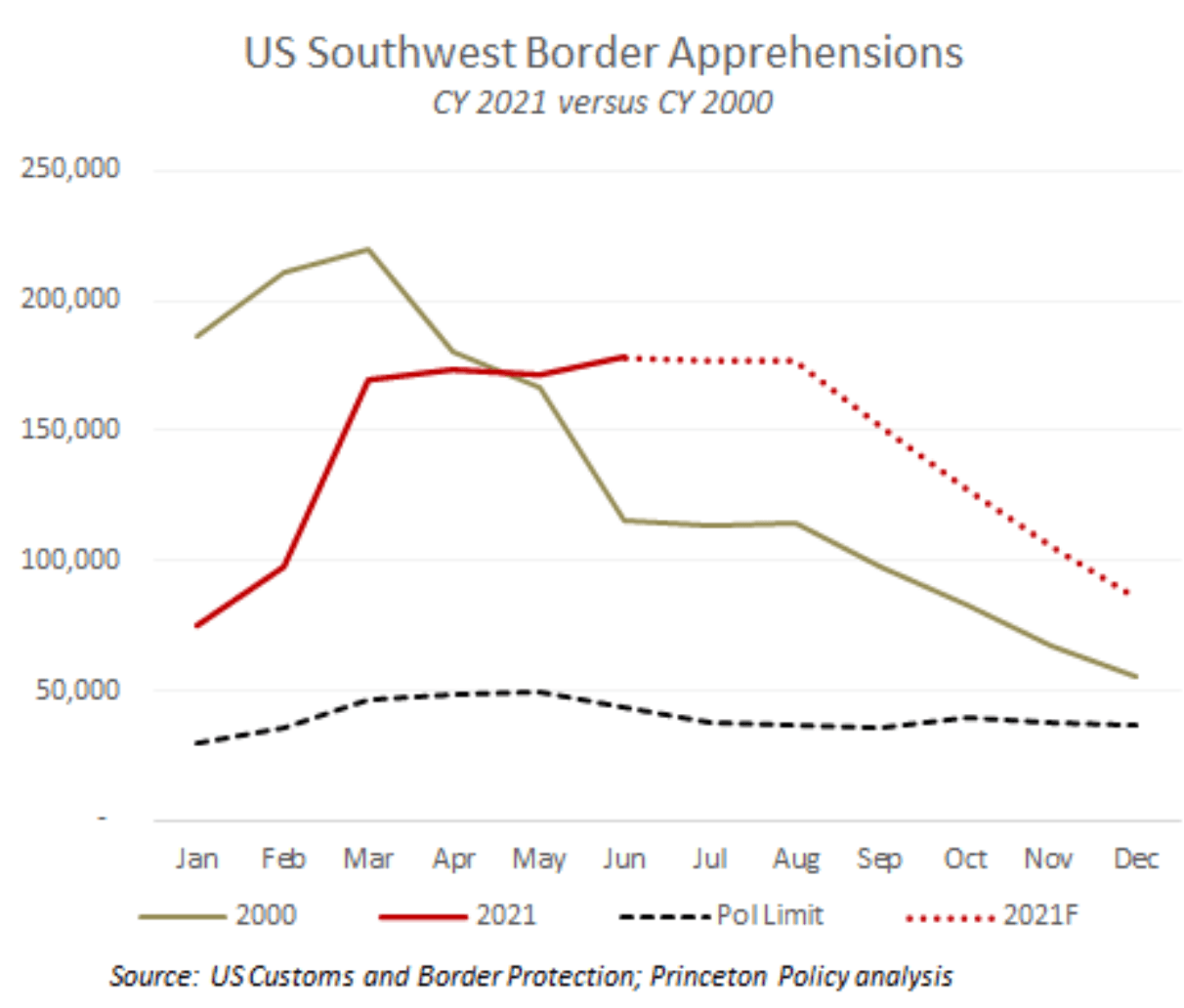 Despite starting that year’s first three months with growing illegal immigration at the border, the Clinton administration ultimately siphoned the inflow for the rest of the year by bringing the number of apprehensions to close to 50,000 by December 2000 — far beneath the peak of more than 200,000 apprehensions in March 2000.

On the other hand, since Biden took office, illegal immigration has skyrocketed and has stayed consistently at high levels since March.

“This tells us that the Biden administration is not taking the steps the Clinton administration did, again suggesting a deliberate policy of keeping the border wide open,” Kopits writes.