A poll conducted by a Republican pollster shows Darin Smith leading the field of primary competitors against Rep. Liz Cheney in Wyoming.

The poll shows Darin Smith in the lead with 24 percent, State Senator Anthony Bouchard in second place with 18 percent, and State Rep. Chuck Gray with 14 percent. 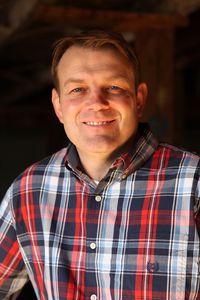 The poll was conducted by Remington Research Group and provided to Breitbart News by the Smith campaign.

“It’s time to Dump Liz and elect someone with genuine pro-Trump, America First, Wyoming values, and I know I am that person,” Smith (pictured right) said in a statement to Breitbart News.

The poll was conducted from July 25 to July 26 and included 766 likely 2022 Republican Wyoming primary election voters. The survey was also weighted to match expected turnout with a 3.3 point margin of error.

The poll indicates a different state of the race, as a Mclaughlin & Associates poll showed Cheney leading the field with 23 percent of the vote, Gray in second place with 18 percent, Bouchard with 17 percent, and Smith with seven percent. Other candidates Ed Buchanan earned three percent, Bo Biteman got 2 percent and 30 percent of voters were undecided.

Both Gray and Smith met with former President Donald Trump last week as they seek his endorsement in the race against Cheney.