Bottoms, who has instituted a citywide mask mandate in Atlanta, was quick to attack Kemp for the order. 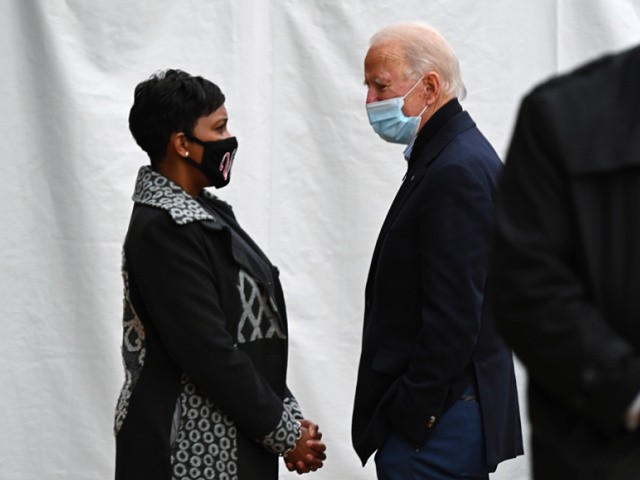 “The gift that keeps on giving,” Bottoms wrote on social media in reference to the governor. The mayor then said Friday, “For whatever reason, the governor doesn’t want to follow the science,” according to local outlet CBS46.

Bottoms, as well as Savannah Mayor Van Johnson (D) and two other Democrat mayors, also wrote an “open letter” to Kemp in response to his order, the outlet noted. The mayors asked in the letter that Kemp establish a mask mandate in state institutions as a way to set an example. They described wearing masks as the “neighborly approach that we were all raised to follow.”

In response to Bottoms, Kemp pointed to the violent crime surging in the mayor’s city as an indicator that her priorities were skewed.

“It’s interesting that she’s talking about following any kind of data points,” Kemp told Breitbart News. “She should be following on violent crime in the city of Atlanta.” 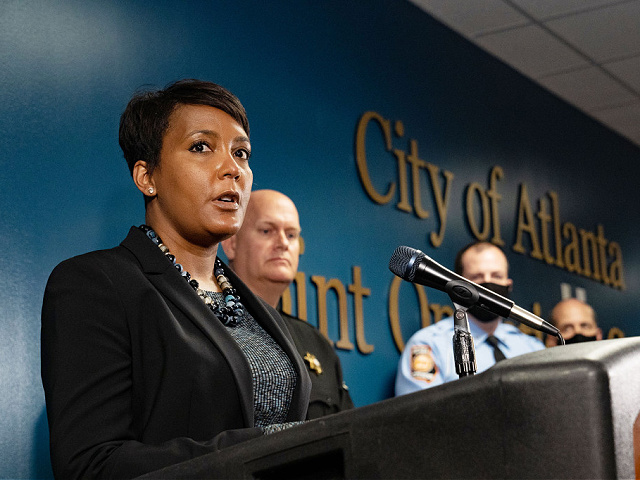 Atlanta Police Department confirmed to Breitbart News that, as of Tuesday, the city has seen 106 homicides this year. This time last year, according to police data through August 23, the city had seen 93 homicides, and in 2019, there had been 63 at this point in the year.

Kemp said, “They’ve got over a hundred murders there this year, and she wants to continue to focus on mask mandates that, by the way, they never enforce. … We’re talking about private businesses here. You know, if she wants to mandate something in her government buildings she can, but we’re just not going to do that in state buildings.”

The governor added that in addition to mask mandates, he also does not condone vaccine mandates even though he personally supports getting vaccinated and believes the vaccines are “lifesaving.”

“All the mandates are doing is causing people to fight and argue over masks and vaccine mandates. To me, that’s not what we should be doing,” Kemp said. “We should be trying to talk to people about following the real data and the real science that’s out there on the vaccine, getting comfortable with that, talking to their doctor and their healthcare professionals and their local pharmacists, making a good healthcare decision for them. In my eyes, it would be to get vaccinated, but that’s a decision that every Georgian and every American is going to have to make.”

Georgia, like most states, is experiencing an uptick in coronavirus cases, although data compiled by the New York Times shows Georgia on Tuesday with about 40 percent of the population vaccinated, a low percentage compared to other states.

Kemp emphasized the importance of vaccines over masks, saying that forcing individuals to wear masks “is pandemic politics.”

“This is what the Democrats have done. Anytime the COVID numbers spike and we go through one of these rounds that we’re experiencing now, they start talking about mask mandates.” 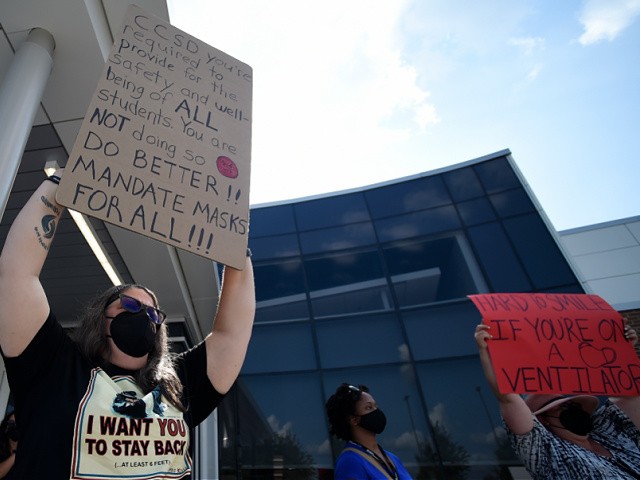 Pro-mask wearing demonstrator Beth Baird stands with others during a protest of school board policies at the Cobb County School Board Headquarters, August 12, 2021, in Marietta, Georgia. (AP Photo/Mike Stewart)

He added that his executive order was issued out of concern that the Democrat mayors would overstep in their coronavirus restrictions and risk small-business owners’ livelihoods.

“My executive order was done because there were mayors, including Keisha Lance Bottoms and Van Johnson in Savannah, that started sending signals that they were going to start closing businesses or putting restrictions on businesses, and I’m just not going to allow them to do that.”

He said, “It’s not about masks. It’s about them trying to stop our economic recovery and hurt small-business people and working Georgians out there.”

The executive order I signed today will make sure businesses across our state can’t be punished by local governments for trying to make a living, pay their employees, and save their livelihoods.

Georgia is open for business!