Recent assessments from inside and outside the Biden administration repudiate the U.S. president’s claims that al-Qaeda “is gone” from Afghanistan and his National Security Advisor (NSA) Jake Sullivan’s assertion that the jihadi group no longer poses a threat to the U.S.

In recent months, top Pentagon civilian and military officials warned of a potential al-Qaeda resurgence, noting that if the Taliban would take over Afghanistan as it has now, the risk would substantially increase.

Meanwhile, in defending his unconditional withdrawal of U.S.-led NATO forces from Afghanistan as the Taliban closed in on Kabul after taking over the country while foreign troops pulled out, President Joe Biden said August 13:

Look, let’s put this thing in perspective. What interest do we have in Afghanistan at this point, with al Qaeda gone? We went to Afghanistan for the express purpose of getting rid of al-Qaeda in Afghanistan as well as getting Osama bin Laden. And we did.

Kirby’s comments came on August 13, right before the Taliban declared victory from Kabul on August 15.

By August 16, Biden had altered his original assessment, with prepared remarks saying that al Qaeda had been “degraded” in Afghanistan.

Still, Secretary of State Antony Blinken had to clean up after Biden over the weekend.

“Are there al Qaeda members and remnants in Afghanistan? Yes. But what the president was referring to was its capacity to do what it did on 9/11,” Blinken told Fox News Sunday when asked about Biden’s remarks. “And that capacity has been very successfully diminished.”

The U.S. military’s nearly two-decade-long war in Afghanistan, triggered by the 9/11 attacks carried out by al-Qaeda, did weaken the international terrorist group. 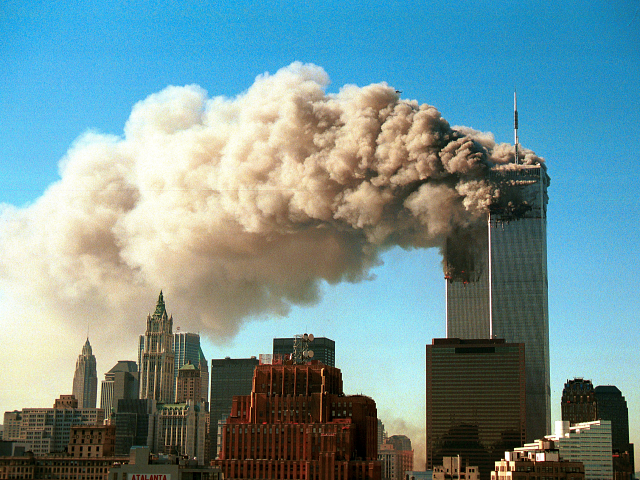 However, the Taliban, which facilitated the heinous terrorist attack by harboring the perpetrators when it ruled Afghanistan and after, has remained close to the group throughout the war, the Defense Intelligence Agency (DIA) and the United Nations have determined.

The DIA found that the Taliban has refused to abide by its commitment under the February 2020 peace agreement with the United States to cut ties with al-Qaeda.

Still, during an interview with CNN’s “State of the Union” on Sunday, National Security Advisor (NSA) Jake Sullivan said Biden’s comments were referring to the intelligence community’s belief that “al Qaeda in Afghanistan [does not] represents a threat to the United States homeland.”

“He has also clearly said over time that al Qaeda could, in the future, represent a threat to the U.S. homeland, and that is why he has positioned an over-the-horizon capability with intelligence assets and defense assets to ensure that never happens,” he added.

The DIA’s findings of the ongoing Taliban-al-Qaeda relationship are part of a quarterly report to Congress by the Office of the Inspector General (OIG) at the Department of Defense (DOD) made public on August 17.

The OIG assessment, which covers the period of April through June 2021, noted:

This quarter, the DIA reported no change in the relationship between the Taliban and al-Qaeda, with both groups seeking the complete withdrawal of foreign forces from Afghanistan.

As in previous quarters, al-Qaeda provided nominal military training and support to the Taliban without directly claiming credit for attacks, and the Taliban continued to provide safe haven for al-Qaeda fighters despite publicly denying the terrorist group’s presence in Afghanistan.

The Taliban publicly claims that it is abiding by its commitments under the U.S.-Taliban agreement to prevent any group, including al-Qaeda, from using Afghanistan to threaten the security of the United States and its allies.

However, the DIA stated that the Taliban is “very likely” requesting that al-Qaeda restrict its activities and downplaying the longstanding relationship between the groups as a means of ensuring the complete withdrawal of U.S. and coalition troops.

In July, the United Nations reported that al-Qaeda still operates in “at least 15” of Afghanistan’s 34 provinces “under the Taliban protection.”

Al-Qaeda in Yemen congratulated the Taliban on Wednesday for its successful takeover of Afghanistan earlier this week. https://t.co/V8F7GjlYQh

The U.N. reported the previous month:

A significant part of the leadership of Al-Qaida resides in the Afghanistan and Pakistan border region, alongside [the group’s South Asian branch] Al-Qaida in the Indian Subcontinent [AQIS]. Large numbers of Al-Qaida fighters and other foreign extremist elements aligned with the Taliban are located in various parts of Afghanistan.

The U.N. acknowledged that al-Qaeda had suffered attrition, with a number of its senior leaders killed, often alongside their Taliban allies.

If “left unmolested,” without active counterterrorism pressure, al-Qaeda in Afghanistan is “certainly going to rebuild, re-strengthen themselves, and we have no reason to doubt they…want to attack us in our homeland,” a top commander said in June.

Gen. Kenneth F. McKenzie, Jr., the chief of U.S. Central Command (CENTCOM) who oversees the Afghanistan war, made those comments during an interview in June.
Asked to assess the likelihood of al-Qaeda regenerating in Afghanistan and posing a threat to the U.S. homeland, Secretary Lloyd Austin told a Senate panel in June, “I would assess it as medium. I would also say…that it would take possibly two years for them to develop that capability.”

Chairman of the Joint Chiefs of Staff, Gen. Mark Milley, concurred with the Pentagon chief’s assessment, adding, “If there was a collapse of the government or disillusion of the Afghan security force [like what happened on August 15], that risk would obviously increase. But, right now, I’d say medium and in about two years or so.”