The Taliban gave “no” evacuation deadline extensions on Tuesday to the Biden and Harris administration after the CIA negotiated with a Taliban leader.

Taliban spokesman Zabihullah Mujahid said the terrorists will accept “no extensions” to the August 31 deadline. Mujahid also suggests he was “not aware” the CIA met with the Taliban, “but he did not deny that such a meeting took place,” the Associated Press reported.

“The CIA declined to comment on the Taliban meeting, but the discussions likely involved an impending Aug. 31 deadline for the U.S. military to conclude its airlift of U.S. citizens and Afghan allies,” the Post reported.

It should be noted President Joe Biden’s original withdrawal deadline was May 1, 2021, but then he extended the war to September 11. Biden later shortened the timeline to August 31. Since Biden was inaugurated, troop increases have grown from 2,500 to 6,000. 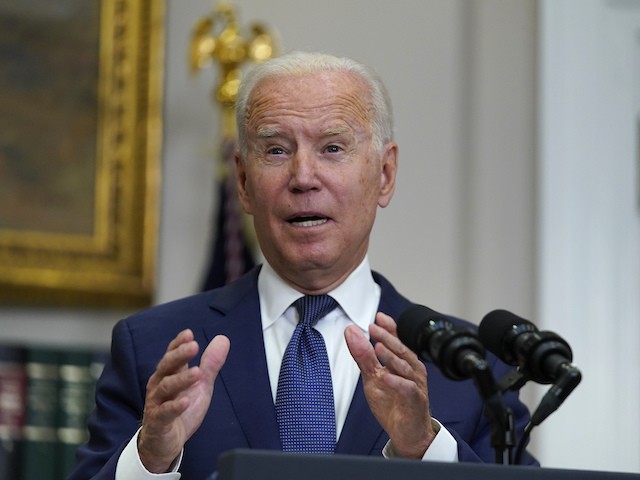 President Joe Biden speaks about the situation in Afghanistan in the Roosevelt Room of the White House, August 22, 2021, in Washington, DC. (AP Photo/Manuel Balce Ceneta)

If the evacuation of American citizens and the U.S. military had been completed by May 1, it would have been accomplished before the Afghan fighting season that occurs in the summer, as other seasons are too cold for fighting. But politics seems to have played a part in the Biden-Harris administration’s decision to extend the war until late August or September.

Meanwhile, thousands of Americans are still stranded behind Taliban lines Tuesday. Reports indicate about 3,300 Americans have been evacuated as of Saturday since the collapse of the country.