Rep. Matt Rosendale (R-MT) is suggesting that American service members are dying in Afghanistan as a result of President Joe Biden’s quest to evacuate thousands of unvetted Afghans for possible refugee resettlement in the United States.

On Thursday, the Islamic State – Khorasan Province (ISIS-K) claimed responsibility for two suicide bombings in Kabul that killed at least 10 U.S. Marines, one U.S. Navy medic, and another two U.S. service members along with at least 90 others and has left at least 150 others wounded.

The terrorist attacks mark the largest single-day loss of life for American soldiers in Afghanistan in 10 years, as Breitbart News reported.

Rosendale wrote a statement suggesting that U.S. service members are dying in Afghanistan for the sake of the Biden administration’s massive refugee resettlement effort. 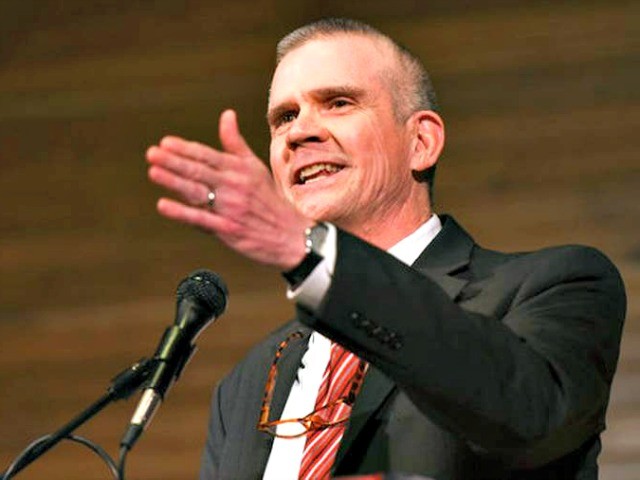 “How many American military personnel have to die to evacuate unvetted refugees?” Rosendale wrote. “Get American citizens out and bring our troops home.”

How many American military personnel have to die to evacuate unvetted refugees?

Get American citizens out and bring our troops home.

Indeed, the Biden administration has set up a global refugee resettlement operation for tens of thousands of Afghans as U.S. service members are having to remain in Afghanistan to help with evacuations.

Specifically, as Breitbart News has detailed, Afghans are being flown to U.S. Military bases in Doha, Qatar, and Ramstein, Germany, for initial screenings and background checks.

Then, before that processing is complete, the Biden administration is flying Afghans to Dulles International Airport in Virginia, where they are then dispersed to states like Texas, Pennsylvania, Florida, and Arizona after briefly stopping at Fort Bliss, Fort Lee, Fort McCoy, or Fort Dix. 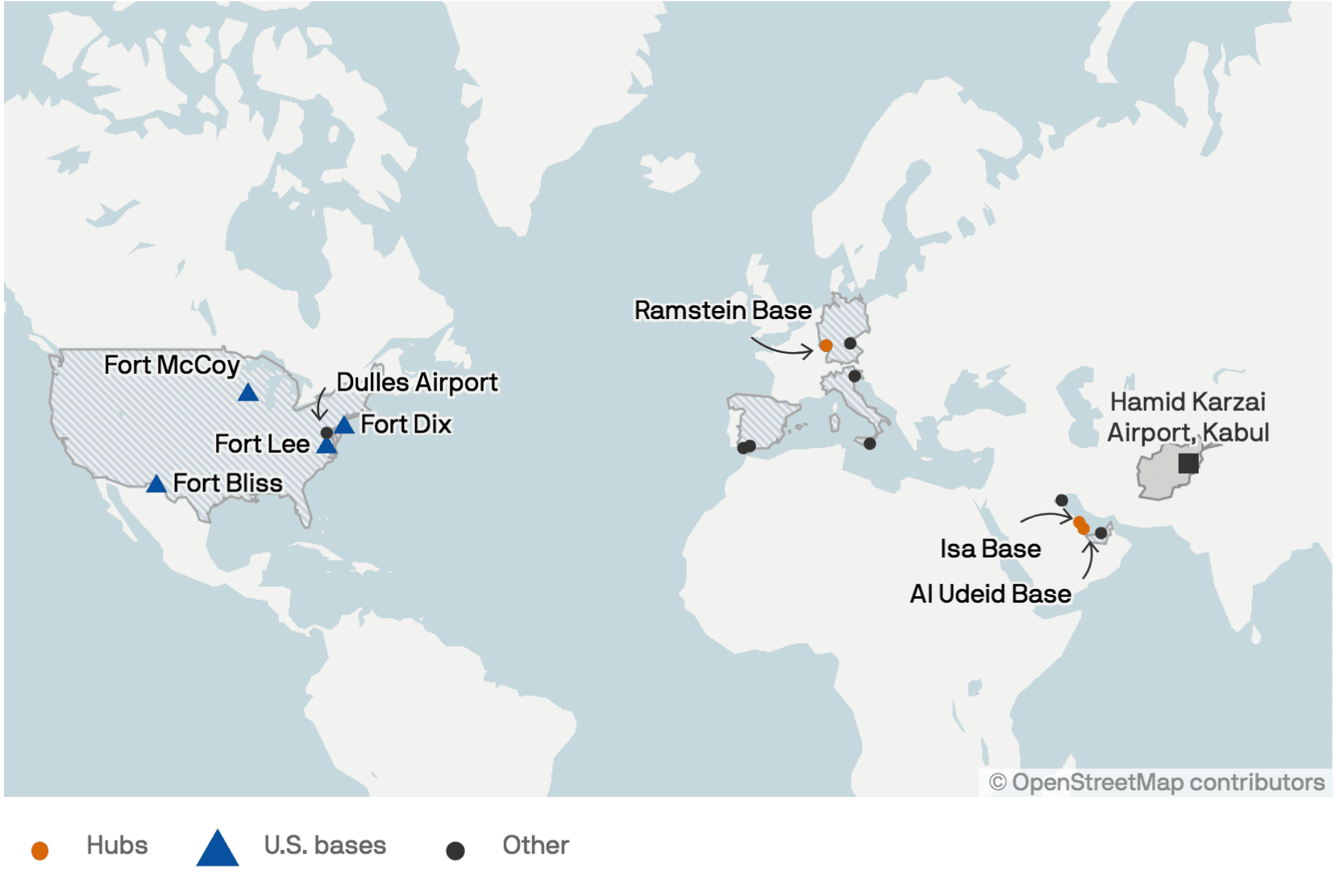 The Biden administration’s refugee resettlement operation out of Afghanistan. (Screenshot via Axios)

The people telling you they’re carefully vetting refugees are the same people who promised an orderly withdrawal from Afghanistan.

While the Biden administration has promised to evacuate tens of thousands of Afghans and resettle them across the U.S., the migration lobby is suggesting that about 1.2 million Afghans must be resettled in the U.S.

That estimate comes as Rep. Alexandria Ocasio-Cortez (D-NY) has asked the Biden administration to bring at least 200,000 Afghans to the U.S. or “whatever is necessary.” 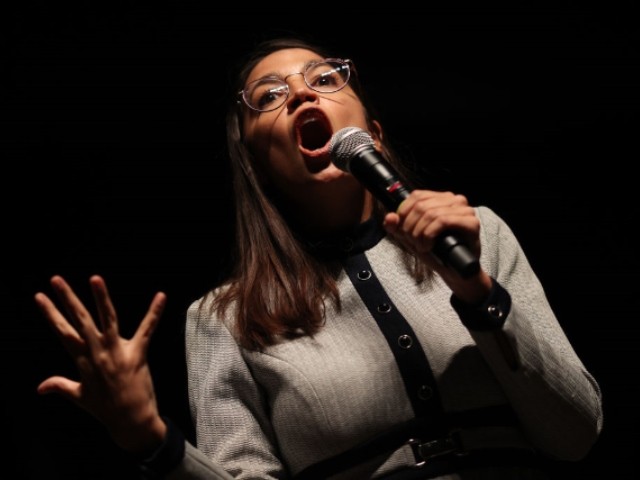