Staff Sgt. Taylor Hoover Jr. a 31-year-old from Utah, was among the 13 U.S. services members killed by terrorist attacks outside the Hamid Karzai International Airport in Kabul, Afghanistan.

Taylor Hoover, who died on Thursday following the suicide bombing, was in the Marines for 11 years, his father, Darin Hoover, confirmed with a local news affiliate. Taylor Hoover graduated in 2008 from Hillcrest High School in Midvale, Utah. His father said, “He was one of the best people you could ever know and I’m proud of him for doing an incredibly tough job with honor.”

Staff Sgt. Darin Taylor Hoover Jr. is one of the Marines killed in Afghanistan yesterday. He’s from Utah. His father told me he was one of the best people you could ever know and is proud of him for doing an incredibly tough job with honor. pic.twitter.com/ISpqDW7VbW

Members of the neighborhood placed several American flags outside of the Hoover family home in honor of their son.

American flags have been placed outside the Hoover family home, as well as several in the neighborhood. Staff Sgt. Hoover’s father agreed to do an interview with me. He said he wants people to know who his son is and how much he loved serving our country pic.twitter.com/K3Wdn3wFTd

The father,posted a picture of his son on Facebook, with the caption, “Soooooo glad I got to see him before he left. I love you, son!!!  You’re my hero!! Please check in on us once in a while. I’ll try to make you proud!!”

Darin Hoover also spoke to FOX13 about his son, saying, “He did what he loved, was leading his men, and was with them to the end.”

He added, “He loved these United States and proved it by his service. We are so heartbroken and feel for the families of his fallen brothers as well. Our condolences go out to them in this trying time.” 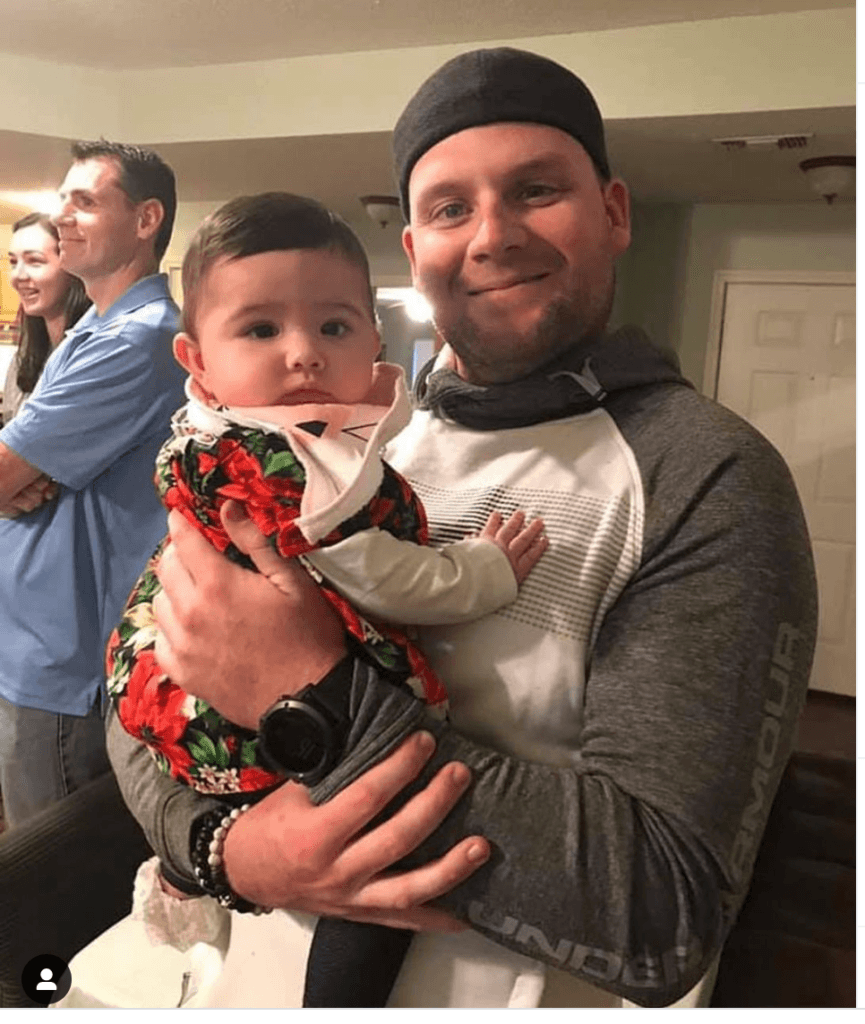 Members of his family have also posted messages about the Marine. Jeremy Soto, his uncle, posted on Facebook:

My handsome nephew, Staff Sergeant Taylor Hoover. Taylor spent his entire adult life as a Marine, serving. Doing the hard things that most of us can’t do. He is a hero. We are wounded. We are bruised. We are angry. We are crushed. … but we remain faithful.

Brittany Jones Barrett, Hoover’s aunt, also wrote on Facebook, “The world has lost a true light. Our hearts are broken. Shock, disbelief, horror, sadness, sorrow, anger and grief. …Thank you sweet boy for the ultimate sacrifice. For giving your life for us all.”

My sweet, sweet nephew. Staff Sergeant Taylor Hoover. One of the first people I met in BB’s family and he welcomed me in…

We are devastated to hear of the passing of Staff Sgt. Taylor Hoover, who served valiantly as a Marine and died serving his fellow countrymen as well as America’s allies in Afghanistan. We honor his tremendous bravery and commitment to his country, even as we condemn the senseless violence that resulted in his death.

We are devastated to hear of the passing of Staff Sgt. Taylor Hoover, who served valiantly as a Marine and died serving his fellow countrymen as well as America’s allies in Afghanistan. pic.twitter.com/Qs7q65Nv69

Cox ordered flags to be lowered to honor Taylor Hoover.

We just received word that Staff Sgt. Taylor Hoover of UT lost his life to the attack at the Kabul airport yesterday. We’ll be forever grateful for his sacrifice & legacy. He spent his last moments serving our state & nation, & we’ll never forget his unwavering devotion. #utpol

As Breitbart News reported, there was a terrorist attack outside the Hamid Karzai International Airport. ISIS-K claimed  responsibility for the Kabul airport attack. With the numbers still rising, the suicide bomber killed over 175 people, 13 U.S. military personnel, leaving many more wounded on Thursday.

In addition, there are still hundreds of Americans in the country  whoare trying to leave before the August 31 deadline, according to reports.