Former President Bill Clinton was reportedly seen on Tuesday boarding a yacht with the Epstein-connected billionaire sugar baron brothers, Alfonso and Jose Fanjul, who have been close to the Clintons for decades.

Splash News obtained photos of Clinton talking to his old Epstein-connected friend Jose with his brother, Alfonso, close by. They appeared to be disembarking on the 95ft boat owned by Alfonso in Sag Harbor, New York.

Clinton was seen in the pictures taking a white paper Sag Harbor Books bag from a crew member from the yacht.

The Daily Mail reported, “Both Clinton and Jose, who goes by the nickname Pepe, appear in late pedophile Jeffrey Epstein’s ‘black book’ of celebrity, wealthy and influential contacts”: 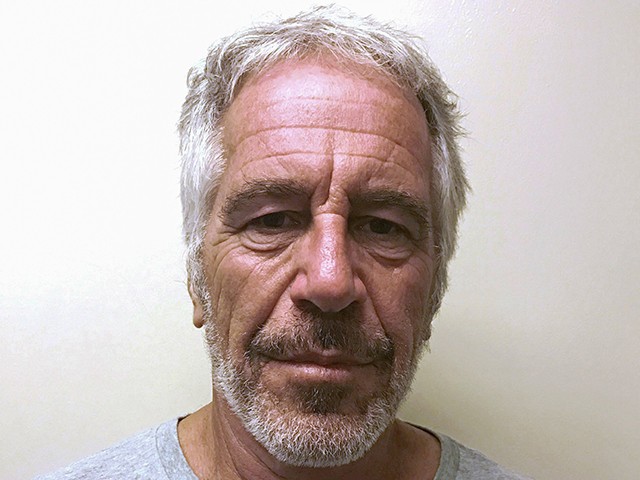 “The younger Fanjul brother was pictured with the billionaire pedophile and his associate Leon Black at a 2005 screening of the movie Capote in New York,” the report added.

The brothers have a sugar and real estate empire in Florida worth $8.2 billion:

Bill Clinton spends time with sugar baron brothers one of whom was once friends with Jeffrey Epstein https://t.co/pw3UaLFIhO

The Daily Mail reported on the Clinton-Fanjul family relation with Epstein:

A special prosecutor’s report into Clinton’s affair with Monica Lewinsky infamously noted how the president even interrupted his breakup conversation with her to take a 22-minute call from one of the brothers. The affair is the centerpiece of the 10-part FX series Impeachment, which debuts next Tuesday.

A spokesman for Fanjul’s company Florida Crystals told the Palm Beach Daily News in 2019 that [Jose] and Epstein ‘obviously knew each other and had some contact in the past. But there isn’t any ongoing business or social relationship with Mr. Epstein.’

Clinton has also been scrutinized for his relationship with the late pedophile billionaire, after appearing on flight manifests for Epstein’s jet, dubbed the ‘Lolita Express’ over allegations Epstein molested underage girls on the plane.

Bill, Hillary, and Chelsea Clinton have been spending a lot of time in the Hamptons before the premiere of American Crime Story: Impeachment, Fox News reported. The show will be a miniseries on FX focusing on the former president’s affair with Monica Lewinsky.

Just two days later, in Upstate New York, Clinton headlined a fundraiser for another wealthy friend who has long been connected to the rich and powerful: former Virginia Gov. Terry McAuliffe (D), who is running for governor of Virginia again.

An invitation that the Syracuse Post-Standard obtained revealed the private event in Skaneateles cost anywhere from $1,000 for attendees to $100,000 for hosts.