DeSantis is holding a press conference in Newberry, Florida, to formally address President Biden’s plans to force vaccine requirements on the American people — particularly the 78-year-old’s decision to direct the Department of Labor to develop an emergency rule requiring employers with 100 or more employees “to ensure their workforces are fully vaccinated or show a negative test at least once a week.”

“I would just say generally when you’re taking action that’s unconstitutional, that threatens the jobs of the people in my state — many, many thousands of jobs —  I’m standing for them,” DeSantis said during an appearance at a veterans’ appreciation event in Ponte Vedra Beach, Florida, last week. 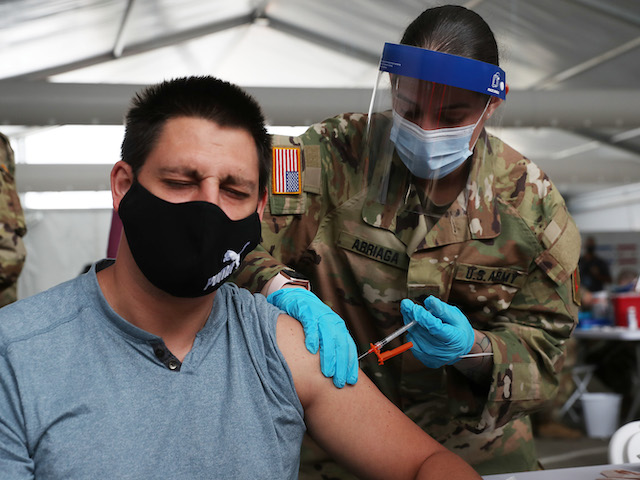 “We live in a Constitutional system, which people’s rights are respected, but particularly in this juncture, their livelihoods and their jobs have to be protected,” DeSantis continued, adding that Biden’s mandates are “totally counterproductive.”

Additionally, last week, Florida Attorney General Ashley Moody (R) vowed to take “any and all action within the authority of my office to stop this unprecedented power grab.”

The press conference is slated to begin at 10:45 a.m. Eastern.