President Joe Biden defended Gen. Mark Milley on Wednesday, assuring critics he had confidence in the general despite reports that he tried to undercut the authority of former President Donald Trump.

“I have great confidence in General Milley,” Biden told reporters at the White House on Wednesday.

A forthcoming book by Bob Woodward and Robert Costa reports that Milley ordered uniformed staff not to follow President Donald Trump’s orders unless he was first notified following the Capitol riot. He also spoke directly with his Chinese counterpart to reassure them that he would give them advance notice if the president ordered him to attack China. 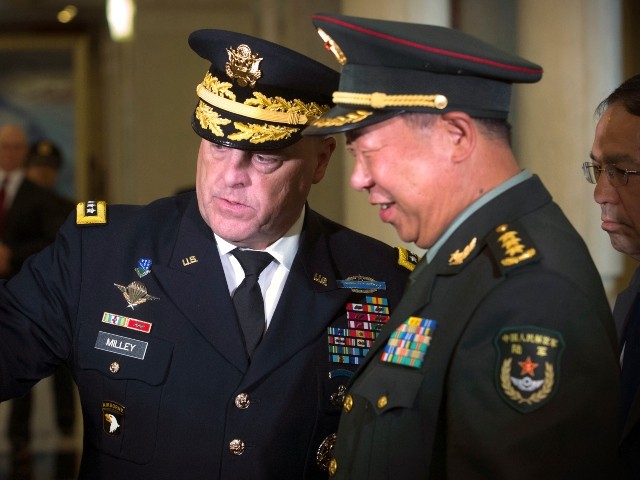 Earlier Wednesday, the White House defended Milley against calls from Republicans for his resignation.

“The president has complete confidence in his leadership, his patriotism, and his fidelity to the Constitution,” Psaki said.

She indicated that Biden was not concerned about Milley acting outside the chain of command by speaking with his Chinese counterpart. 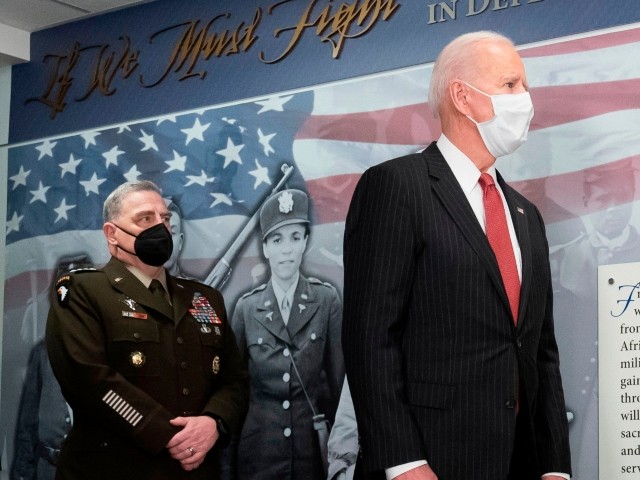 President Joe Biden, accompanied by Vice President Kamala Harris, left, Secretary of Defense Lloyd Austin, and Joint Chiefs Chairman Gen. Mark Milley, tours the African Americans in Defense of our Nations Corridor at the Pentagon, February 10, 2021, in Washington, DC. – Harris and Biden are visiting the Pentagon for the first time since taking office. (Photo by ALEX BRANDON/POOL/AFP via Getty Images)

“He knows General Milley and he’s worked beside him for the last nearly eight months and that’s what gives the president confidence in him,” she said.

Psaki explained that Biden had nothing to fear from Milley as he had “no intention of fomenting unrest or an insurrection” as she accused former President Donald Trump of doing on January 6.

“He is a man of honor,” Psaki continued, praising Milley. “The president is confident in his leadership, his patriotism, his fidelity to the constitution.”