There have been 11 Democrats currently in the House and Senate who have reportedly allegedly violated the Stop Trading on Congressional Knowledge (STOCK) Act of 2012, claiming they “unknowingly,” “accidentally,” or “forgot” to file financial disclosure reports when making trades.

The STOCK Act passed Congress with huge bipartisan support and was signed into law in March 2012. This came as a result of, and only months after, Breitbart News senior contributor Peter Schweizer released Throw Them All Out in 2011, exposing corruption in the highest echelons of elected life.

Schweizer’s book, which exposed Pelosi along with many others, revealed corruption concerns among both Republicans and Democrats on Capitol Hill, forcing Congress into adopting the STOCK Act that implemented stricter reporting and ethics requirements.

Since its adoption numerous members of Congress in both parties have been caught up in ethical conundrums and investigations — and currently now at least 11 Democrats nationwide serving in federal elected office stand accused of violating the rules under the law.

Breitbart News reported on the STOCK Act, which requires members to file periodic financial disclosure reports when trades over $1,000 are made:

Members are supposed to file “full and complete” financial disclosure reports of themselves and the members’ spouse’s assets, debts, and income, in addition to the filing “periodic reports” when transactions are made that exceed $1,000. Every member is required to do so within 30 to 45 days of the transaction.

Clark, who’s the fourth highest-ranking Democrat in the House, is said to have failed to disclose 19 of her husband’s stock transactions worth between $19,019 to $285,000, according to a Business Insider report. In turn, by failing to disclose the transactions, Clark violated the federal STOCK Act, which was passed in 2012.

These stocks were disclosed on August 15 with the clerk more than two months after her husband, Rodney Dowell, made the transactions on June 4. Since members only have to file their transactions in large ranges, the disclosure forms show that “each trade is valued in a range between $1,001 and $15,000,” Insider said. 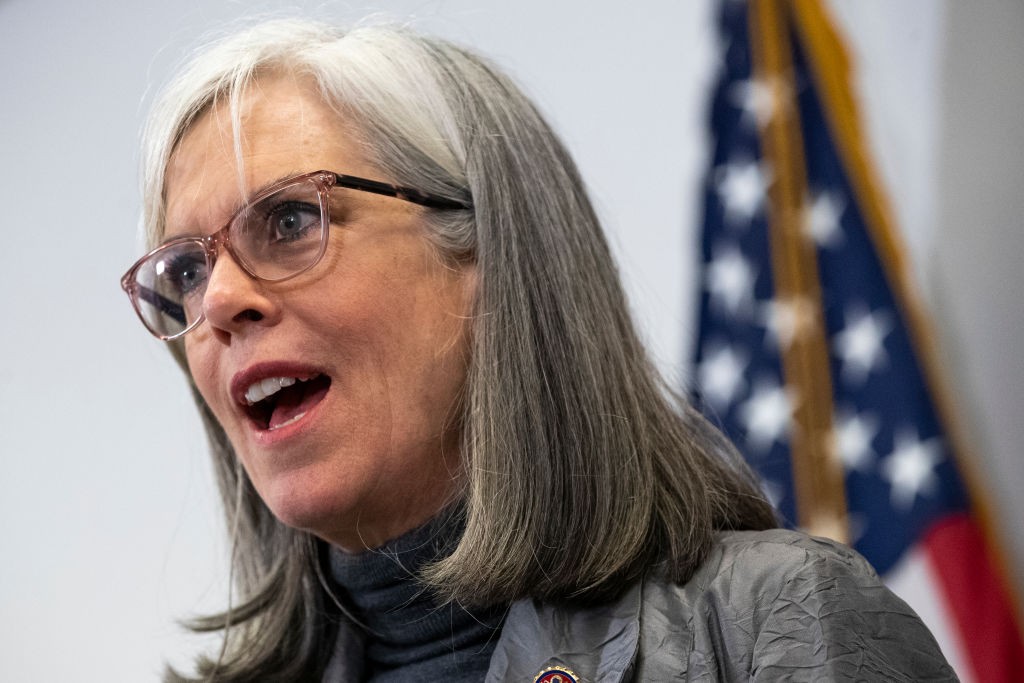 The assistant speaker had a complaint filed against her, at the beginning of September, from the Foundation for Accountability and Civic Trust (FACT) with the Office of Congressional Ethics (OCE) for failing to disclose the stock transactions and potentially “violating federal law and House ethics rules.”

2. Sen. Mark Kelly (D-AZ) allegedly violated Senate ethics rules by failing to disclose $15,000 in Boom Technology that he purchased within the required time to disclose the transitions. Fox News reported:

According to the most recent periodic transaction record (PTR) published this week, Kelly exercised his stock option on an investment in Boom Technology Inc., on April 13 but did not report it for months on a PTR, in possible violation of the the Stop Trading on Congressional Knowledge (STOCK) Act of 2012.

According to a review of Kelly’s transaction by Fox News, the senator filed his PTR on Aug. 16, well outside of the 45-day deadline required by law. The amount disclosed by Kelly was between $1,001 and $15,000. 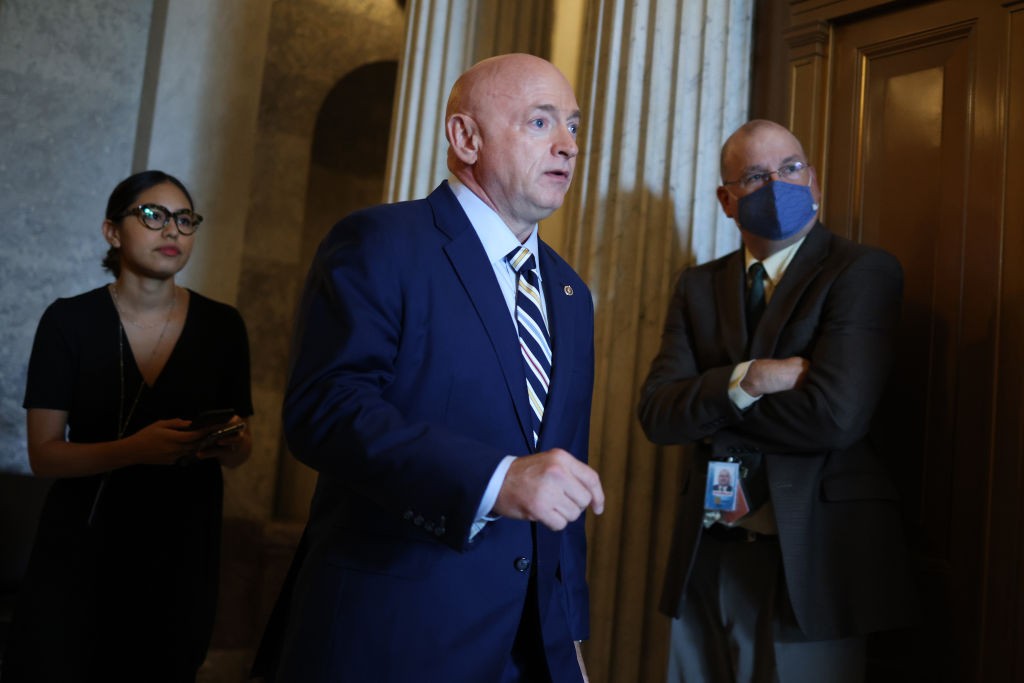 FACT sent a letter to the Senate Select Committee on Ethics, calling for an immediate investigation into Kelly, at the end of August, for failing to disclose the stock transactions and possibly violating federal law and Senate ethics rules.

Lee, a member in a battleground district, did not correctly disclose over 200 of her personal stock trades since early last year, according to Business Insider who reviewed her congressional records. The transactions are estimated to be worth as little as $267,000 with a maximum of $3.3 million.

The report noted that the congresswoman and her husband — in seven filings between February and May of last year — did not disclose trades where they either bought or sold stocks in companies such as Planet Fitness Inc., Wayfair Inc., Marriott International, Carnival Corp., Williams-Sonoma Inc., and US Foods Holding Corp. 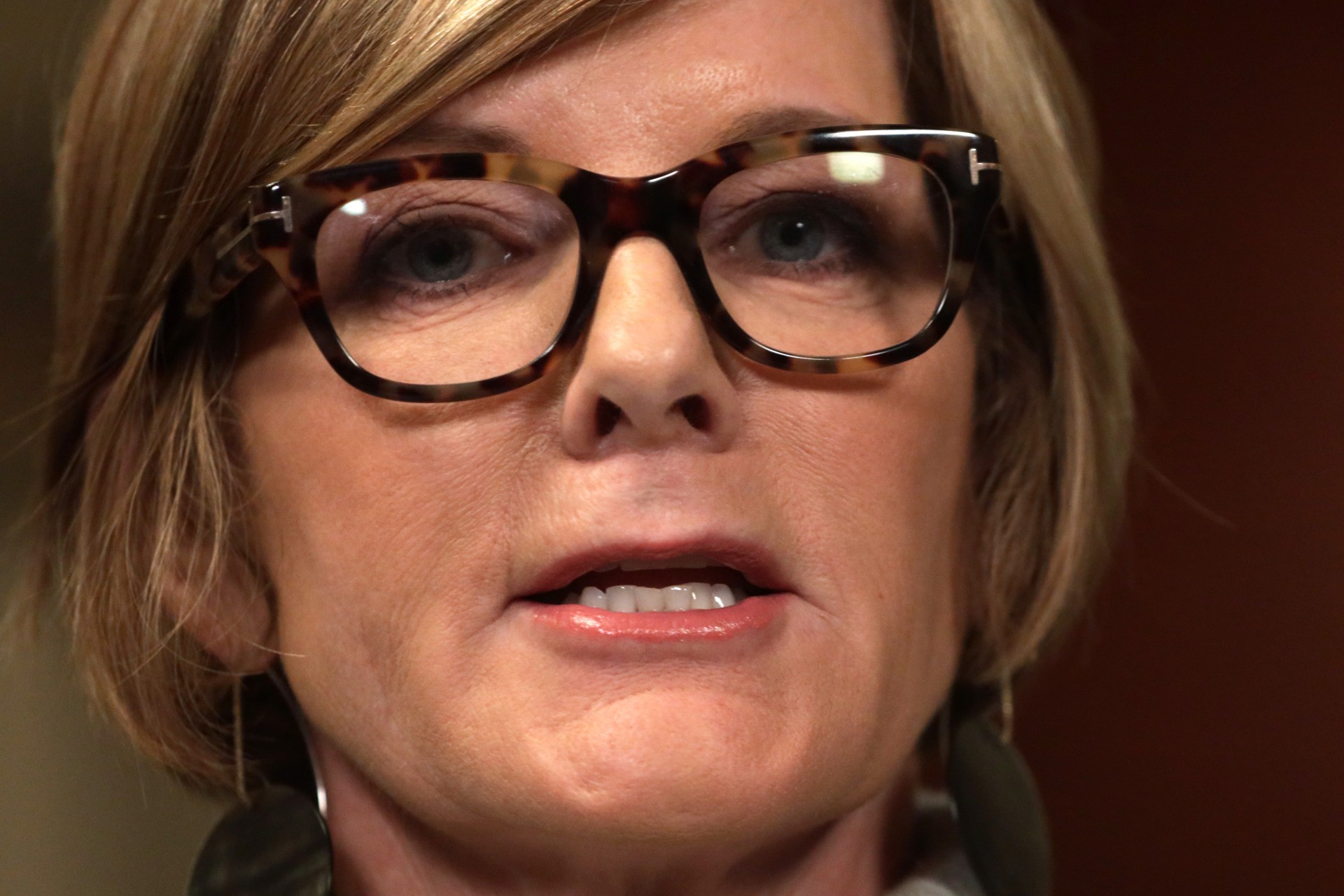 4. Democrat Congressional Campaign Committee (DCCC) chairman Rep. Sean Patrick Maloney (D-NY) had also allegedly violated House ethics rules due to him failing to report a series of stock trades he made after inheriting several thousands of dollars when his mother passed away. Breitbart reported:

[A]fter Maloney’s mother died, he inherited significant shares in several major companies from her “including those of Apple Inc., Microsoft Corporation, alcohol conglomerate Diageo PLC, and investment management company BlackRock Inc” for a total value of $11,051. In June of last year, Business Insider asserted, Maloney sold the stocks but he did not publicly disclose their sale until last week.

Maloney himself admitted the mistake in a filing to the Clerk of the House of Representatives.

“During preparation for the filer’s [financial disclosure] report, it was determined that these 8 transactions totaling $11k should have been reported on a [periodic transaction report],” Maloney wrote on April 2 in a letter to the Clerk. “As soon as this oversight was discovered, this filing was submitted to provide full transparency into that sale.” 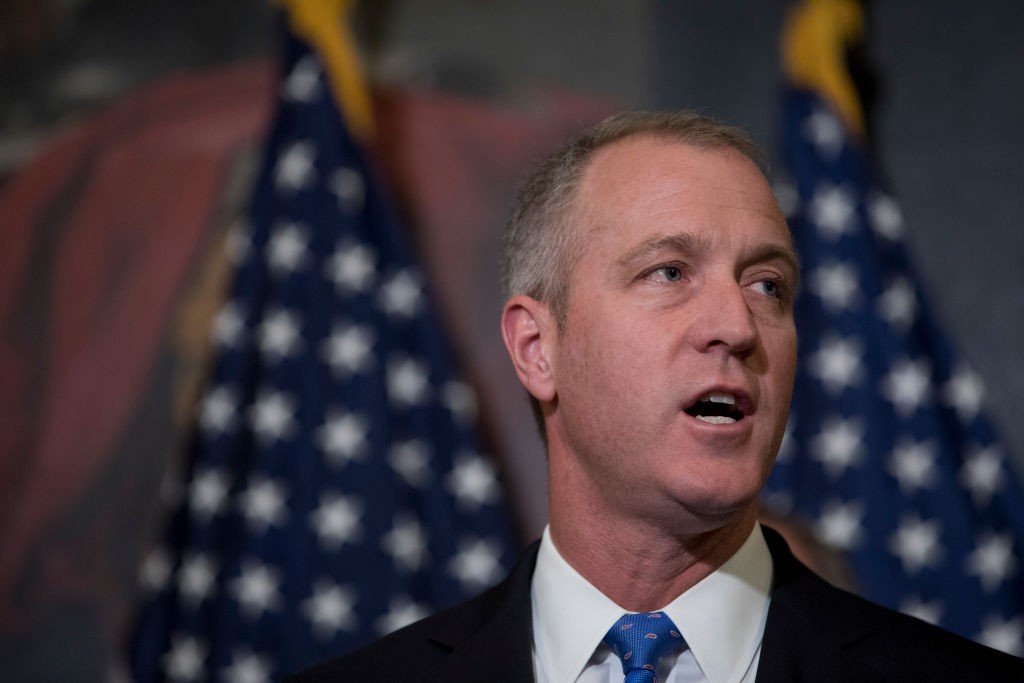 In April, FACT filed a letter with the Office of Congressional Ethics for failing to disclose the stock transactions and “violating federal law and House ethics rules.”

Rep. Trahan sold up to $15,000 in the software company Stella Connect. Trahan failed to properly disclose this transaction that took place on September 10, 2020 according to her recent filing. She finally disclosed the sale on July 27, 2021—over ten months late. 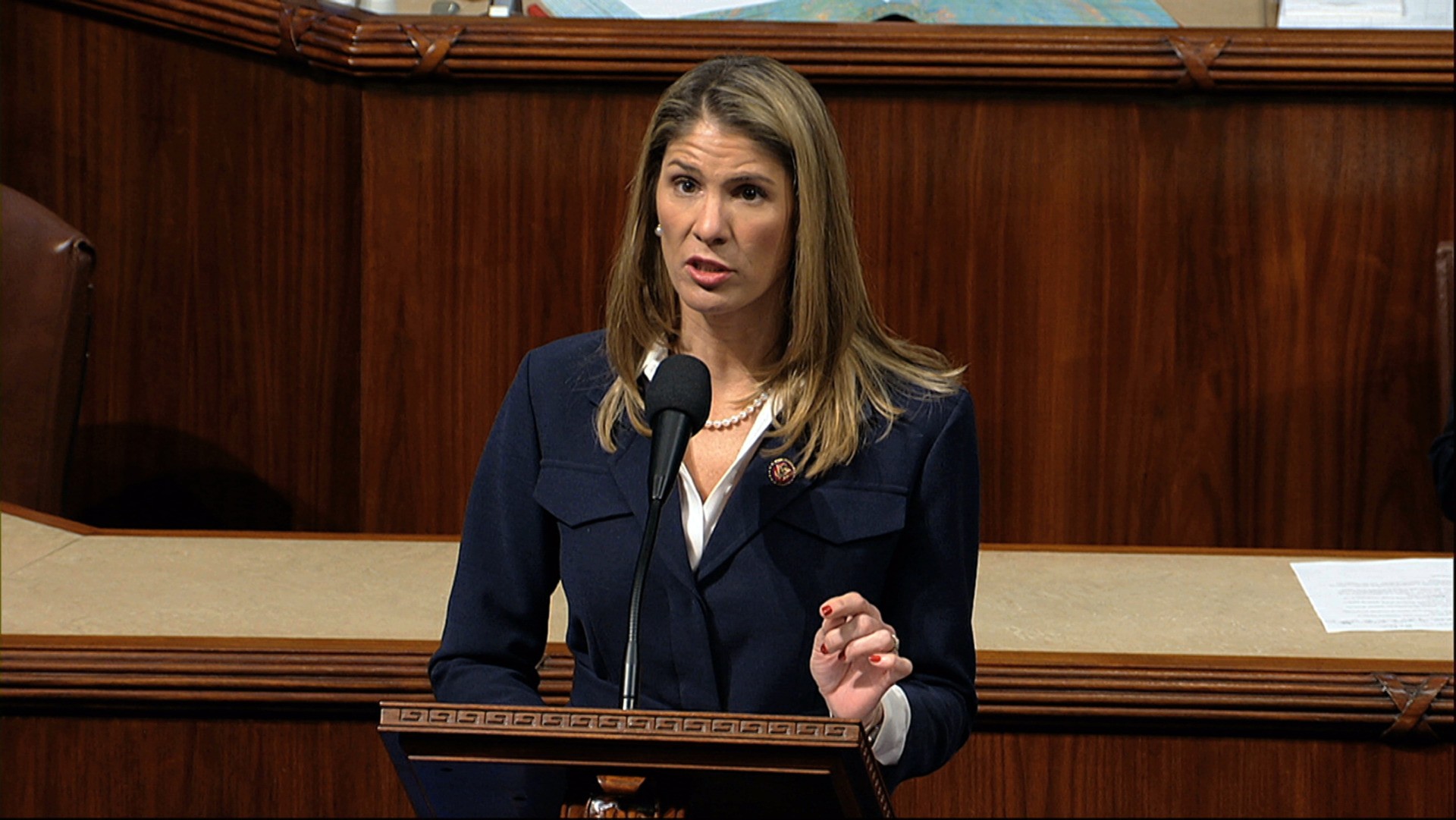 Rep. Lori Trahan, D-Mass., speaks as the House of Representatives debates the articles of impeachment against President Donald Trump at the Capitol in Washington, Wednesday, Dec. 18, 2019. (House Television via AP)

6. Rep. Debbie Wasserman Schultz (D-MA) allegedly violated House ethics rules by failing to disclose, on time, up to $60,000 in stocks she and her “dependent child” purchased.”Breitbart News reported

Rep. Wasserman Shultz purchased up to $15,000, and her dependent child purchased up to $45,000, in a telecommunications-product company called Westell Technologies in October 2020, but she did not disclose the trades until July 2021. 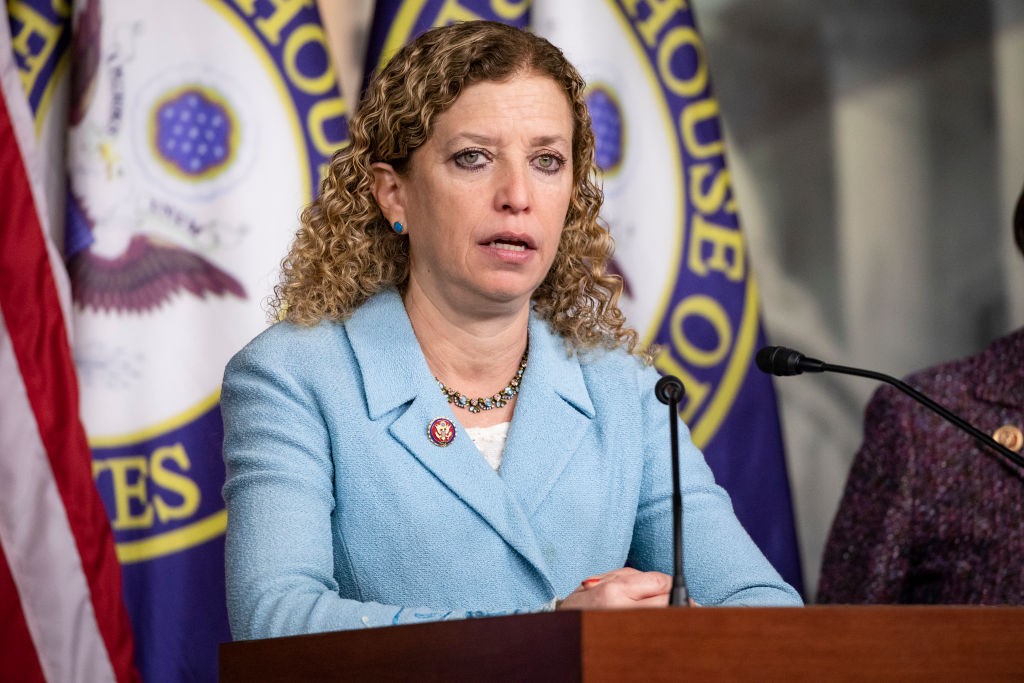 Rep. Castor’s latest congressional records show that she failed to disclose within the prescribed 45 days up to $45,000 worth of Berkshire Hathaway Inc. stock she acquired in June and July of 2020. She ultimately disclosed those purchases on July 27, 2021. 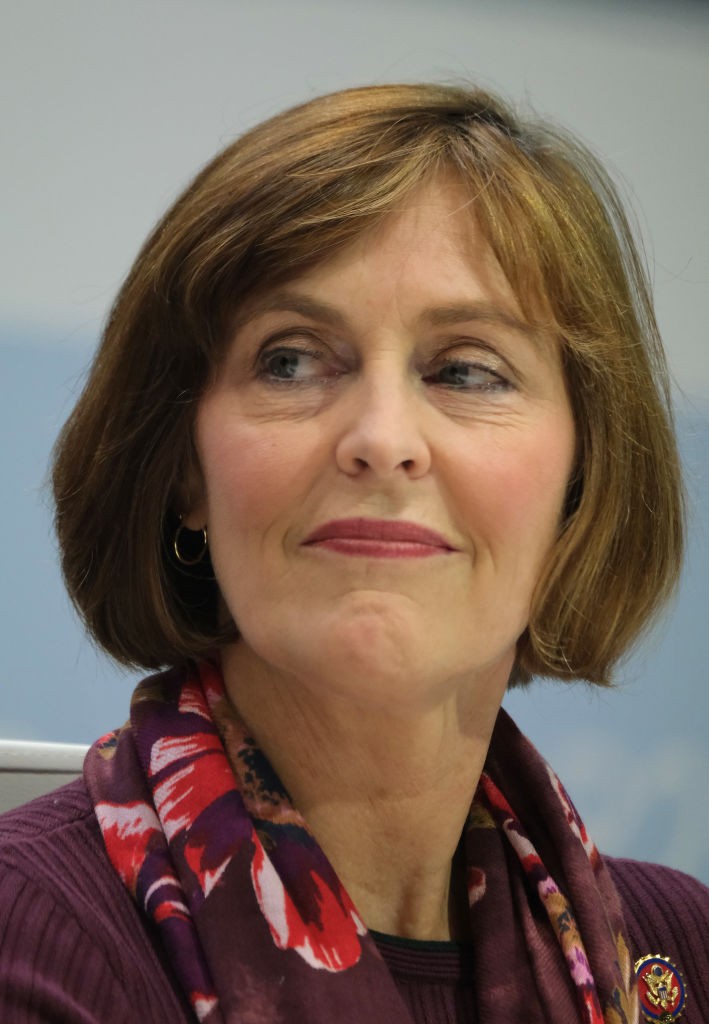 8. Rep. Cheri Bustos (D-IL), who previously chaired the DCCC before Maloney and is a top lieutenant of Pelosi, allegedly violated House ethics rules by failing to disclose, on time, the up to $150,000 worth of stocks she liquidated. Business Insider reported:

According to her latest filings, Rep. Cheri Bustos, a Democrat of Illinois, sold up to $150,000 worth of stocks last March. That liquidation included dumping up to $50,000 worth of stock in the online retailer Amazon, the cyber services provider L3Harris Technologies Inc., and the payment hub Mastercard Inc., respectively. 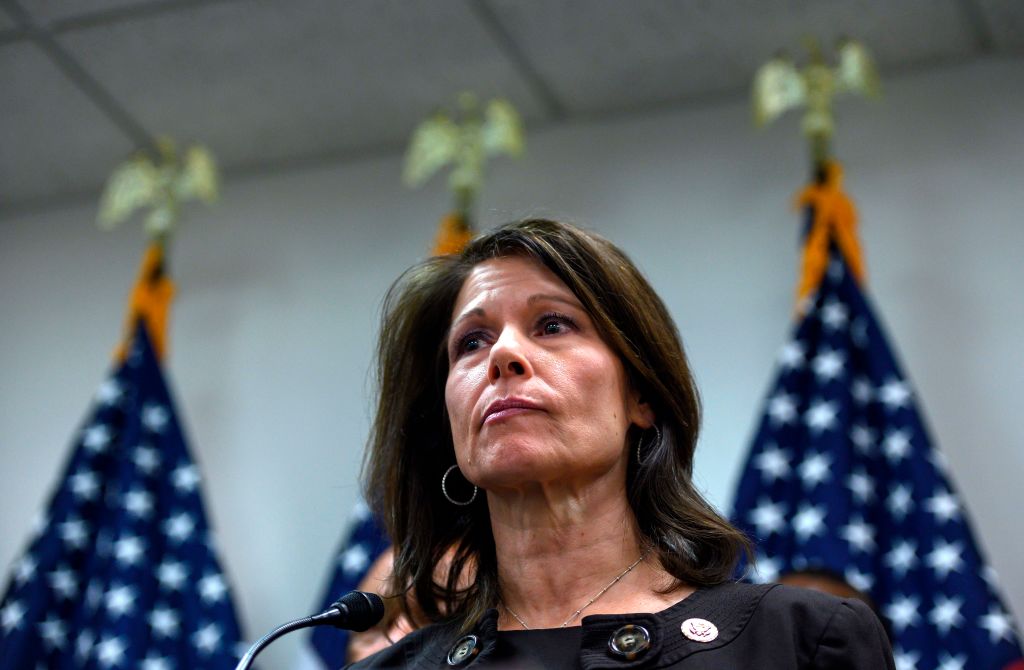 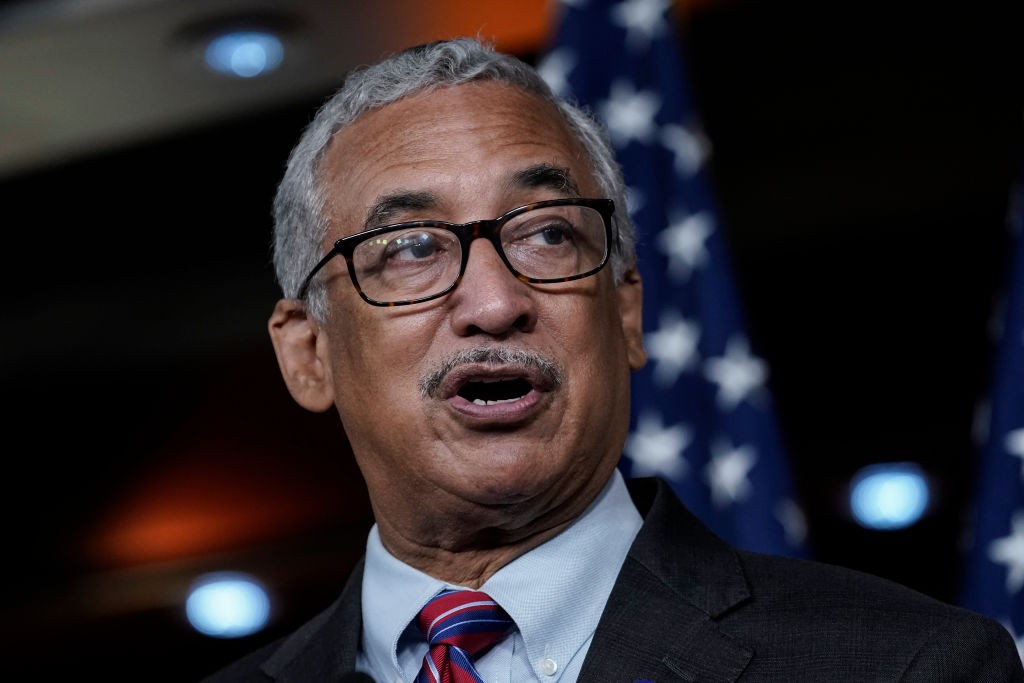 The August 2020 purchase by Richard blunt, the lawmakers husband, involves up to $50,000 worth of shares in College Reaction LLC, a private, youth-focused polling company that recently changed its name to the Generation Lab.

Blum is an investment banker, and the couple is worth tens of millions of dollars, according to Senate financial disclosures. 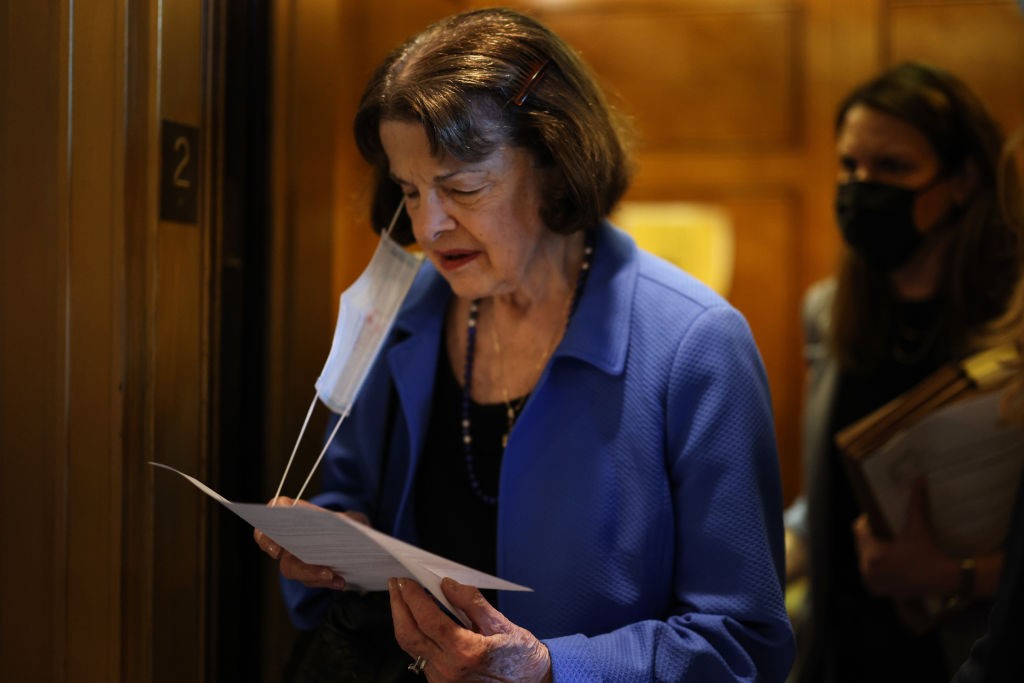 However, Feinstein said she was willing to pay the fine for incorrectly disclosing her husband’s stock purchases.

In March, Malinowski received two congressional ethics complaints on dozens of his stock trades which occurred in 2020, in the first weeks of the Chinese coronavirus pandemic. Eventually, he filed them late, which at the time were worth at least $671,000.

In July, the congressman reportedly paused all of his stock trading until he got approval from the House Ethics Committee to put all of his assets into a blind trust after the multiple complaints that were filed against him.

In August, another report noted that, “in addition to multiple ethics complaints the congressman is facing after failing to disclose hundreds of thousands of dollars in stock transactions, in July,” the congressman also changed his previous disclosure to show some trades that were not reported over two years ago in 2019. 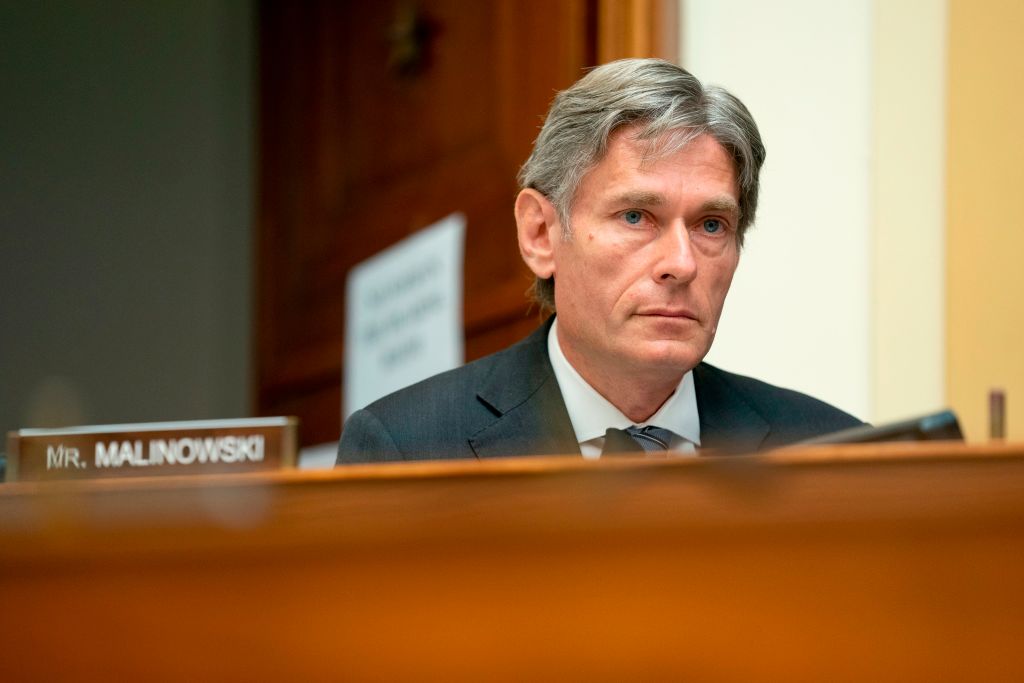 Two ethics watchdogs, the Campaign Legal Center and FACT, “urged the congressional ethics agency to investigate the New Jersey Democrat over the congressman’s failure to disclose a significant number of stocks.”

To date, Malinowski remains the only member in the current congress to have an investigation opened into his stock transition that allegedly violated the House Ethics rules:

The two wrote that pursuant to the House rules, they “have jointly decided to extend the matter regarding Representative Tom Malinowski, which was transmitted to the committee by the office of congressional ethics on July 23, 2021.”

Breitbart News reported that former Democrat Rep. Harley Rouda (CA) had a complaint filed against him from FACT with the Office of Congressional Ethics for allegedly violating House ethics rules while he was in office. Rouda is trying to make a comeback, looking to run for office again in the midterms next year.