The discovery of empty tequila bottles aboard a future Air Force One has forced manufacturer Boeing to begin an urgent investigation at its San Antonio facility.

The Wall Street Journal reports people familiar with the matter confirmed the finds on one of a pair of 747-8s now in development in Texas. It is unclear where exactly the two miniature bottles were found.

The situation was deemed a personnel matter by a spokesman for Boeing. The WSJ report noted the manufacturer explained it is trying to improve quality operations at the base where alcohol is strictly prohibited.

The overall project is considered by Boeing to be “effectively an airborne seat of government” and is considered to be the “highest national priority” – standing alongside defense programs like ballistic missiles, according to the newspaper.

President Joe Biden welcomed his son Hunter Biden for a trip aboard Air Force One on Friday. https://t.co/aLp1cNgAde

That source also confirmed alcohol is not allowed in any Boeing facilities and it was being considered “foreign object debris.”

A spokeswoman for the Air Force told the news outlet Boeing had notified it about the incident, which she said had not impacted aircraft-modification work.

Air Force One is the call sign given to any plane carrying a serving president. 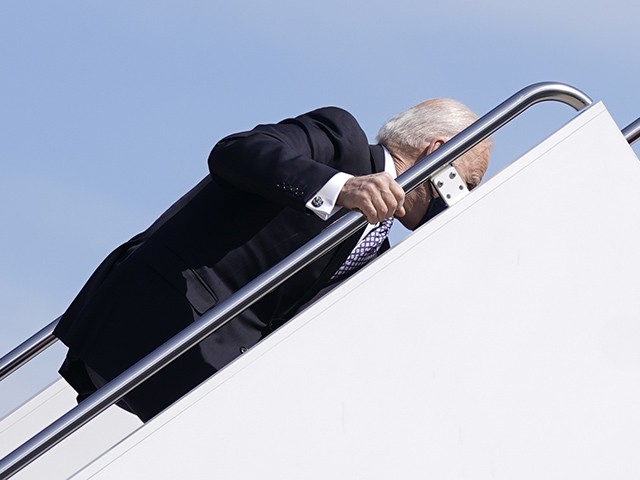 To work on the heavily modified 747-8 aircraft known as VC-25B military aircraft, employees require a security clearance, according to WSJ.

The two will be exact, interchangeable copies of each other and are expected to be completed by 2025.

The current units – identical VC-25As – were introduced in 1990 by former President George HW Bush, and are nearing the end of their service life.

Their replacements will boast a fresh color scheme as chosen by former U.S. President Donald Trump, as Breitbart News reported. 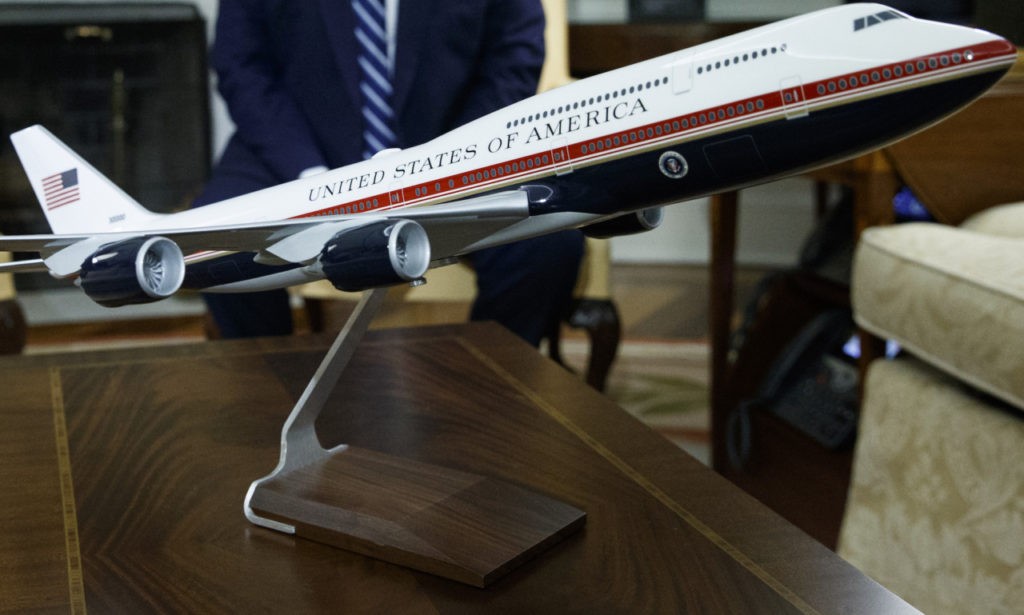 A model of the new Air Force One design sits on a table during a meeting between President Donald Trump and Canadian Prime Minister Justin Trudeau in the Oval Office of the White House, Thursday, June 20, 2019, in Washington. (AP Photo/Evan Vucci)

“I would say the plane basically is an upgrade over that [former] model. We actually are getting things that they didn’t get. We’re saving about $1.5 billion. So it’s going to be terrific,” Trump told reporters at the time.