Former President Donald Trump is more popular with registered voters than President Joe Biden, according to a Monday Harvard CAPS/Harris poll released by the Hill.

“Forty-eight percent of respondents say they have a positive view of Trump compared to 46 percent who say they have a favorable opinion of his successor,” the Hill reported.

In addition to respondents’ more positive view of Trump than Biden, 51 percent believe Trump was actually “a better president than Biden.”

During Trump’s tenure, the United States succeeded at hammering out trade deals, constructing historic Middle East peace agreements, and raising wages for many varying demographics. In contrast, Biden’s presidency has been defined by the deadly Afghan evacuation that left hundreds to thousands of U.S. documented residents stranded behind enemy lines and droned Afghan civilians. 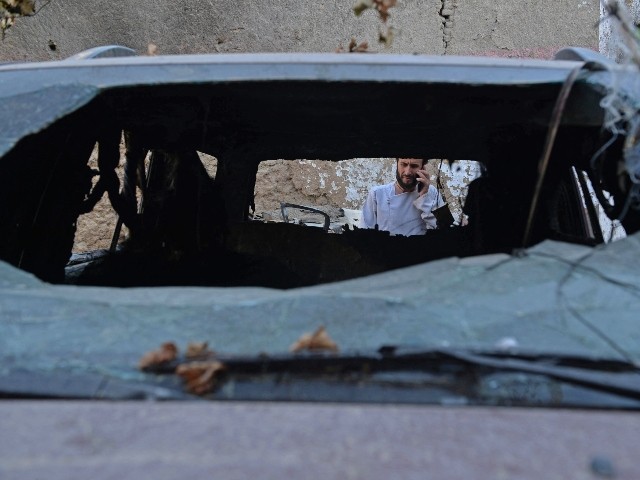 A relative of Ezmarai Ahmadi, is pictured through the wreckage of a vehicle that was damaged in a US drone strike in the Kwaja Burga neighbourhood of Kabul on September 18, 2021. – Ezmarai Ahmadi was wrongly identified as an Islamic State militant by US intelligence, who tracked his white Toyota for eight hours on August 29 before targeting the car, killing seven children and three adults. (Photo by HOSHANG HASHIMI/AFP via Getty Images)

The Hill, an establishment media outlet with a left-wing bias, admitted the poll’s numbers are “remarkable” for Biden, “who repeatedly out-performed Trump’s favorability numbers throughout the early months of his presidency.”

The left-wing publication asserted the “bruised public perceptions of Biden” are due to his mismanagement of the Chinese coronavirus and virus messaging along with the Afghanistan hostage crisis.

“Your refusal has cost all of us,” he said on September 8. “We’ve been patient, but our patience is wearing thin.” 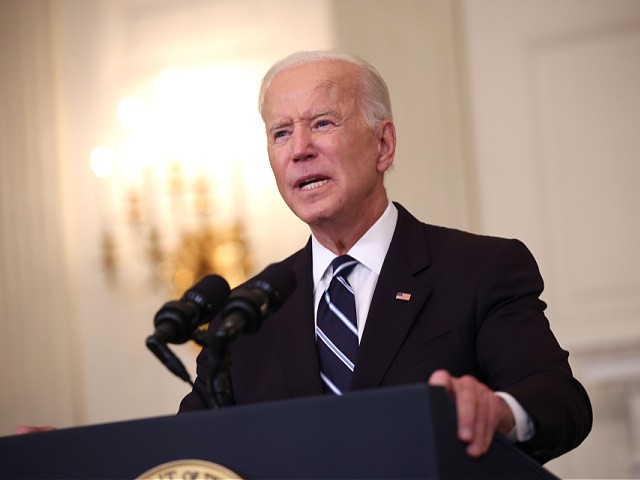 WASHINGTON, DC – SEPTEMBER 09: U.S. President Joe Biden speaks about combatting the coronavirus pandemic in the State Dining Room of the White House on September 9, 2021 in Washington, DC. As the Delta variant continues to spread around the United States, Biden outlined his administration’s six point plan, including a requirement that all federal workers be vaccinated against Covid-19. Biden is also instructing the Department of Labor to draft a rule mandating that all businesses with 100 or more employees require their workers to get vaccinated or face weekly testing. (Photo by Kevin Dietsch/Getty Images)

Biden’s confusing communication upon the vaccine’s effectiveness has resulted in only 48 percent of U.S. adults approving of Biden’s handling of the coronavirus crisis with 49 disapproving, according to polling by Quinnipiac University. In August, those numbers were flipped, with fifty-three percent approving and 40 percent disapproving.