A North Carolina news outlet covered up an article about a poll showing President Joe Biden’s worst approval rating in the state since taking office, then republished the newsworthy article after a Breitbart News report.

Breitbart News inquired with WRAL — a local NBC affiliate in North Carolina — about why the publication was covering up the poll of the president of the United States approval numbers that showed Biden with only had a 38 percent approval in the state and a higher percentage (48 percent) of disapproval.

The original report from Breitbart News noted that after a few hours of the article being on the organization’s website, it was removed, withholding the newsworthy information from its readers. Instead, the link showed an error code of 404, stating, “Sorry – wrong address!” 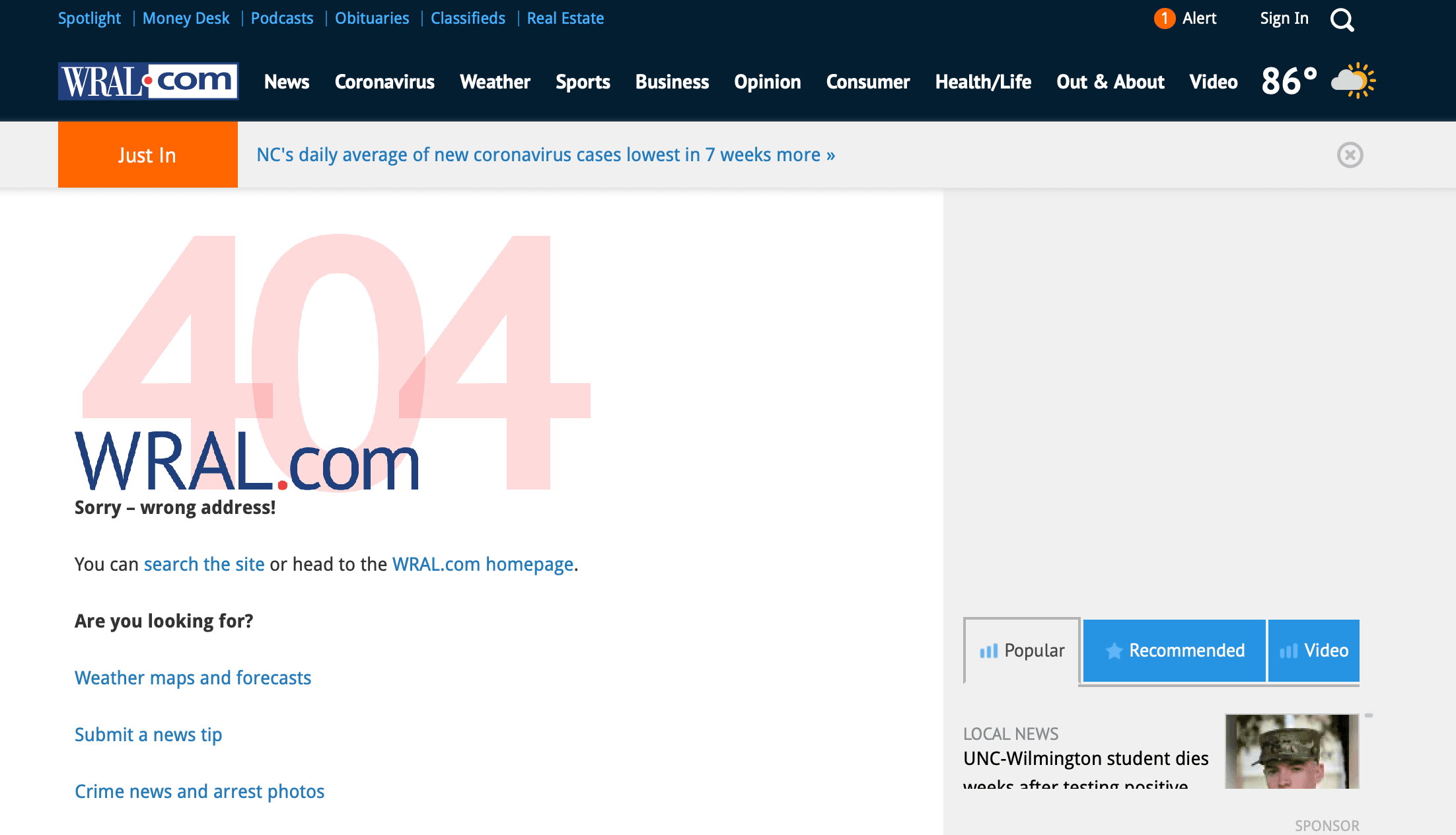 One of WRAL’s editors, Matthew Burns, admitted to Breitbart News that he took the article down, saying WRAL “is not interested in polls” while also claiming that “there is no election going on now” and “there’s no reason to be writing polls, polling stories.”

However, the story was republished with the same web address link, hours after Breitbart News submitted follow-up questions, asking if WRAL regularly hides negative news on Democrats from its readers or if this is an isolated incident.

Additionally, Breitbart News asked if anyone contacted or directed Burns from within or outside his news organization — where he’s been for over 15 years with the current title of senior producer and political editor, according to his LinkedIn.

Burns has still not responded to the follow-up requests for further comment.